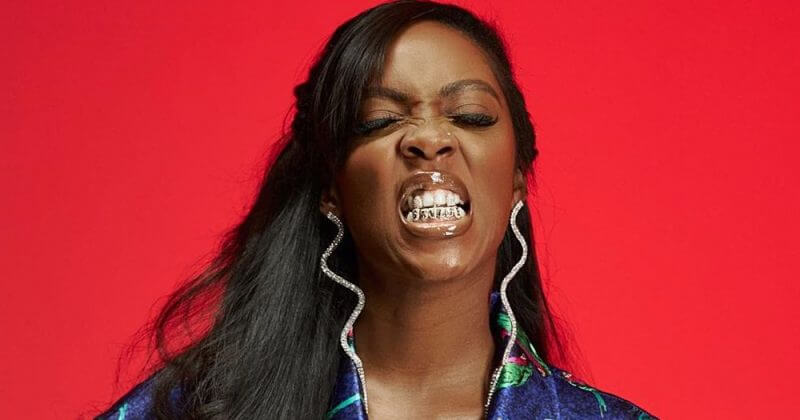 Reaching number one on Apple Music’s most-streamed r&b/Soul (it’s neither of those things btw) charts before it was even released in full, Tiwa Savage’s third studio album ‘Celia‘, has been a much-anticipated body of work. From the well-charting singles, “Dangerous Love”, “Koroba” and the Sam Smith-assisted “Temptation”, it was clear ‘Celia‘ would live up to all the hype the album had garnered in the past two years. Ultimately, Tiwa Savage exceeded all our expectations.

‘Celia‘ is a formidable pop album, already being lauded as a ‘classic’. Naming the album after he mother, who she takes every opportunity to thank and celebrate, ‘Celia‘ reads as a memoir of an African woman. Free in her sexual impulses, driven in her pursuit of the life, and resilient to the many misogynistic barriers standing in her way, Tiwa Savage’s ‘Celia‘, is unapologetic about her womanhood, asserting her female perspective into this hugely male-dominated space in unquestionable sonic style.

‘Celia‘ is packed with potential hits, crafty collaborations, bolshy lyrics and impeccable vocal abilities – the high points are innumerable. With time and more plays, I’m sure different aspects of the album will stand out, however on its first day, these are the 5 take homes from Tiwa Savage that I am most compelled to share.

Though its opening is a little too jarring for these ears, it must be stated the Tiwa Savage wastes absolutely no time building up a vibe or setting the scene for what’s to come. Plunging listeners straight into the depths of the dancery right from the top, “Save My Life”, brings us an upbeat introduction to Tiwa Savage’s loved-up opening track. “Ole” (produced by Rexxie) too boasts a captivating preamble, with a near forty seconds of vibrant horns, feel-good drums and an ensorceling bass guitar building up to Tiwa Savage’s “Give me my money” starter. “Park Well” is a mid-tempo track that plays with a plethora of instrumentation, just like “Ole”, this time including fun harmonies between Davido and Tiwa Savage. Then the infectious Afrohouse beat on “Glory” coupled with the excellent engineering of Tiwa’s vocals, primes the record for chart takeover, whilst Pheelz’s ominous kick drum, choir-like harmonies and mixing of fellowship into the song’s end brings the gospel feel to the prayerful album closer, “Celia’s Song”.

Preceding the familiar “Koroba” where Savage distastefully kids about living lavish on the national budget, is the Rexxie-produced “Ole” which opens with “Give me my money, wetin you owe me” – the first sign that Tiwa Savage is all about the money. Following up that entry with “Oga share the money,” it’s clear that Tiwa Savage is not about to entertain any no budget conversations. The irony that Naira Marley features on this song is not lost on us. Naira’s Yoruba verse encourages us to get our money up, mocking people who are in debt or spending without having a means of making.

Publicly denouncing feminism on numerous occasions, it may or may not come as a surprise to you that Tiwa Savage was yet to put another female artist on, with her entire discography void of women, save the few collaborations put together by Mavin, or other female artists seeking her out. Well recently, Tiwa Savage has been outspoken when it comes to women’s issues in Nigeria, and it looks like she’s backing that up in her music, featuring not one, but two women on this album.

It’s nothing to be commended that Tiwa Savage has taken almost a decade to feature a woman, having been at the top of the totem pole for quite some time, but it is nice to see that she’s finally stepping up. Teaming up with Stefflon Don, who delivers a phenomenal verse on “Bombay” before passing the baton to Dice Ailes, Tiwa Savage goes on to introduce her far-reaching fanbase to the vocally endowed Hamzaa. “Pakalamisi” is not a track we’d ever expect to hear the soulful voice of Hamzaa, but she emerges as an effortless addition to the record, boasting great synergy with Tiwa Savage, at the same time flaunting her musical versatility.

Tiwa Savage has always played into her sex appeal. In this sense, she is defiant of her conservative Nigerian audience and seeks to rework imaginations of what a female artist should look like, leading the industry whilst owning her sex appeal in a way that is rare to these parts. On ‘Celia‘, Tiwa Savage comes out with an onslaught of carnal numbers, reminding us why she labels herself a bad gyal.”When I bere you go want mercy” she sexily narrates on the bedroom number, “Bombay”, which seems to be about a male member “bigger than Bombay“, we find out on the chorus after she asks, “boy make you give me your long ting ting“.  Later on, as Tiwa Savage explains why she’s grown tired of her lover on “Attention”, she asks him “when las you tell me to bend over make you jam the ting enter?“, another rather vulgar line that might stun anyone with prudish ears. As for me, I love it – catch me quoting these bars with or without a steady.

We got a hint that Tiwa Savage was taking no nonsense from her second promotional single, “Koroba”, which begins with her calling out the blogs (notorious opps) for slut-shaming her because she’s friends with political elites. Tiwa’s middle fingers reach full length on ‘Celia‘ – standing out in particular at the laid-back London-produced record “FWMM (F*CK WITH MY MIND)”. Though here she’s talking about a former flame, “FWMM” sees Tiwa Savage confirms that she is big fry and refuses to settle for anyone who is only with her halfway. Warning her ting, “I’m loving this freedom, so don’t give me reason to free ya, cos lowkey I don’t need ya” Tiwa Savage instructs her partner not to fuck with her mind, but it’s a sentiment that can be extrapolated into all relationships. Confident, fierce, self-assured, all throughout this project, Tiwa Savage has fully blossomed into her butterfly state and not a single thing on this earth can take that away from her. LOVE to see it.

ICYMI: A 1-LISTEN REVIEW OF NASTY C’S ‘ZULU MAN WITH SOME POWER’