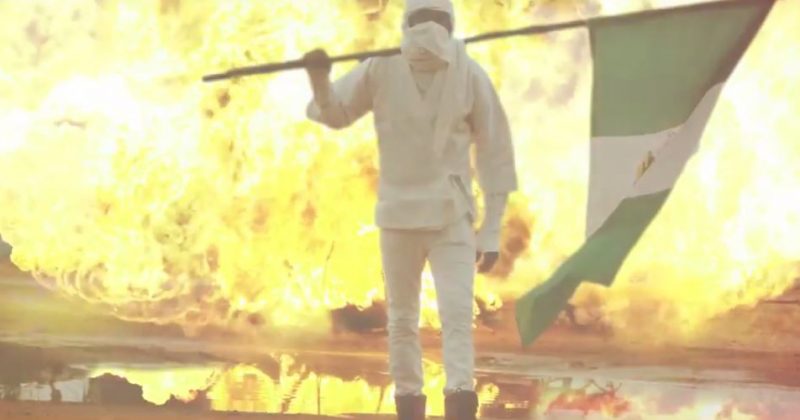 2 Face’s career isn’t as glamorous as his many accolades portray it to be. We’ve watched him struggle to maintain the legendary status fans have bestowed on him since his acclaimed Face 2 Face album but so far his attempts have either been unrealistic or fallen short of expectations from artists of his caliber. The mixed reactions to his recent attempt to hold a peaceful protest against the federal government’s poor economic polices is the most recent highlight of the precarious place in the industry. However it also highlighted that the singer is just as human as the the next guy. And his latest release, the video for “Holy Holy” affirms that in more ways than he probably intended.

Have you seen the #HolyHoly music video? Clarence Peters did good on this one. Link in my bio.

“Holy Holy” was released last year but the video directed by Clarence Peters has just recently surfaced online with even older looking CGI technology. Set on a hill in Abeokuta, the video follows the same thought provoking narrative of the single. 2Baba (as he’s liked to be called these days) sings about being judged by people who themselves have logs in their eyes and calls them hypocrites. While he won’t plead innocent, he claims to be misunderstood and is confident he can rise above the bad press he gets.

Amidst the cool set and apocalyptic props, emerges a crowd of people from all works of life—priests, students, tribal leaders, lawyers, police officers and more—to execute their judgement on Innocent Idibia. However a supernatural force protects him from the stones thrown at him in the video.

The idea for “Holy Holy” is really good and the execution was quite impressive too. If this is what 2Face is up to these days, we might as well never question his place in the game anymore.