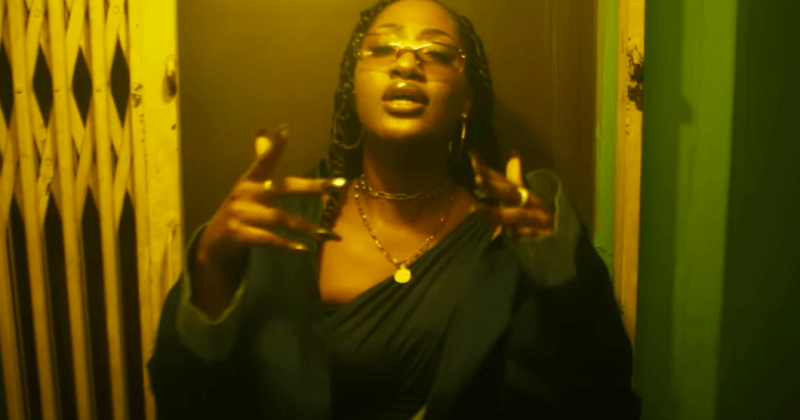 Tems’ rise in the last couple of years has been uniquely expeditious. With only “Mr Rebel” behind her, Tems was already one of the more closely watched emerging artists as we entered into 2019, and as the year went on, thanks to multiple performances and two more magnanimous tracks, Tems secured herself as the newcomer venerated as highly as longer-established acts.

Only in the game for two years, it isn’t surprising that Tems is only just releasing her first body of work, though the fanfare around ‘For Broken Ears‘ might encourage you to think so. What is of note and extremely commendable and emblematic of her captivating talent is that Tems is so revered at such an early stage of her career. From her features to the industry interest, and fans clamouring for new releases, Tems has remained highly coveted so far, and with the release of this debut EP, she knows she is not about to let up anytime soon. The pressure is on.

We have all been looking forward to ‘For Broken Ears‘. The advent of its lead single last week, made fans even more eager for Tems’ first body of work, and to get our senses even more prepared, yesterday she released the music video for the lead single. Directed by Ademola Falomo, produced by Ladder, Lex and Booker, “Damages” sees Tems float the the trap house with her girls. Playing board games in the afternoon turns into getting dressed and dancing to Tems’ latest single in the night time, in the simplistic video for “Damages”.

Surrounded by her friends in “Damages”, later in evening, at midnight, we got to see, well hear, Tems go at things all alone (though all her singles so far have been solo takes, so her no-features tracklist didn’t come as any surprise). Upon first listen, my conclusion is that Tems has delivered a timeless piece, one that I’m going to return to tomorrow, in five years and probably in another 15 when my daughters are finding their feet in the adult world. To help you draw your own conclusion, here are my ramblings from my first ever listen to Tems’ ‘For Broken Ears’. Read on:

I love this intro, it goes straight into her powerful voice, although I’m a bit confused because I cannot for the life of me discern what she’s saying, is she talking about disturbing a someone? Tems, you fling the doors open!!!

I love the simplicity of this song, this is the perfect introduction for a Tems debut, her voice is right at the front and her poetic lyricism is set up to be the champion of the song, as it should be. “If you couldn’t be reminded baby girl I’m gon’ remind you now” – this is such a hard line, catch me and my middle fingers shouting it everywhere! The ending feels a bit dragged on, but I like that we’re given time to contemplate on all Tems has said.

I like the key change, it’s the same chord progression but in a different key and pace – I think that’s very clever and I’m hearing notes of “Mr Rebel” which remains my favourite Tems track to date (maybe ‘FBE‘ changes that?). I hate that I connect so much to these lyrics, not because I’m sad about waiting for a guy but because Tems is a queen and deserves better than having to assume a lover wants her. I thought this song would have something to do with Ice-T of Ice & Coco (maybe there’s a reference I’m missing, will have to listen again) but it’s about making ice tea out of lemons. Not lemonade out of lemons? Fair, shout out to Lipton.

The production is simple, shakers are nice and soft, the bass on my speakers is all the way up but so I’m really feeling the kick. I love these lyrics, they’re quite funny. This chorus chanting is not what I would ever have expected from Tems, I can see she is having a lot of fun with this song, talking about raspberries, ginger, vanilla – this is kind of chaotic but it’s a whole lotta fun!

I love this pattern, but this intro is a bit dragged. This is such a powerful song. This will really resonate with a lot of us at this point in time, there is so much going on not even just in terms of the world but in personal lives, from talks with my friends and even talent I am getting the impression that everyone is feeling at war in mind; we are definitely looking forward to feeling the peace you cannot buy.

This is my favourite so far. I love her similes for how free she wants to be… ok wow, that sudden flip, I did not see coming! So this is a two-sided record? Okay, Free Mind is hashtag that track. The wistfulness of this side of the production is like yeah, very… emotive ?

Awww, this is so sweet! Her mother knew she was a girl before anyone believed it. And she defied the Yoruba tradition of the husband’s father giving names. She was literally written in the stars, someone pass me a pack of Kleenex please.

I love the kick drum on this, ah and she referenced “Kini Big Deal”, Neato T, my hero. “Would you cry or would you try to get me? Tell me now I need you to be clear. I WILL WAIT FOR YOU!!!” Wow, the way these records resonate with me. “Why you made a war that we’re fighting“… ok Tems is speaking my truth, I absolutely love to hear it. She is singing about running away, which is exactly what I have been planning to do (no joke, I look at flats in Osaka in my free time), and I’m sure everyone feels it too when life gets a little too complicated. Okay this guitar that has replaced the kick as absolutely stunning, I wish it were louder, like a full on guitar solo – now that would be epic.

The entry into damages is very harsh, but in a nice way – it emphasises the juxtaposition of the two tracks, between the subject matter and the general vibe of the song. “Higher” is with the slower pace, whilst “Damages” is a mid-tempo with a higher bpm than the preceding song, a punch that is padded with the song’s dramatic entry. Okay, “Damages” is making me miss summer already, it’s such a vibe. Hold on whilst I worm my hands into the air with that brown liquor in my cup. Spax’s production is taking me back to 2016 Drake, but no I’m feeling this is very Party, right now thinking of “Only You”, but I’m sure there are more PND songs along these lines. Hardly matters, I am in love.

I like the wind on this song, is it a western flute or one of its African sisters? Okay, I am feeling the melody for this chorus, it wasn’t predictable and I really appreciate that. “Listen when they call they call my name”, I like that she is already feeling herself and her success – this is what I call “Superstar” energy, debut project but the artist can already prophesy that the whole game is with them and for them. It was facts for Wiz and is facts for Tems, she is going to be at the top, the point where everyone knows her name. I love that she already brags about it.

Okay, that was an abrupt ending, but I’m not mad at it. I like the length of that project, I definitely feel ready for it to be done, I’m not wishing there was more and nor did I wish for it to end. I feel like this project might get mixed reviews, but I think that would depend on your expectation. ‘For Broken Ears‘ is a delectable project, for you to put on and vibe to, it doesn’t feel like it was ever intended to be a blockbuster debut that commands attention for weeks on end. In this day and age there is so much music we are consuming, some good, some bad, some forgettable and some you’ll always want to return to; Tems has given us music that we will always want to return to, timeless music. It doesn’t have to go the hardest right now, because it’s gonna go hard forever.