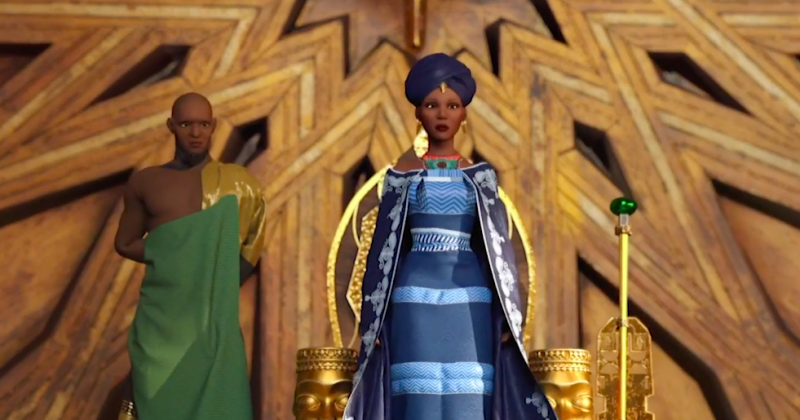 “Malika: Warrior Queen” will be available to watch on YouTube soon

The animated series “Malika: Warrior Queen” has gained a lot of traction worldwide with the pilot episode earning a spot at 8th Annual Lagos Comic Convention held last month,  then later at the 6th Annual MECCAcon in Detroit, Michigan.

BREAKING NEWS!!!!! 😱 YES! You heard that right! Finally, the Malika – Warrior Queen Animated Pilot WILL be available to WATCH for FREE on YouTube OCT 15 😱 HIT SUBSCRIBE on @youneekstudios YouTube Channel here bit.ly/malika-youtube so YOU can be the first to know when it goes LIVE! Malika fans are amazing!!! This film has been a HUGE hit at every screening we’ve shown it at over the last 3 months 🙌 The amount of love the Queen has received from literally a worldwide audience (Lagos, Accra, LA, Detroit, DC, London and more!) has been very humbling. And for that very reason, we have decided to show some love back by making it available for EVERYONE, EVERYWHERE!

Starring Adesua Etomi as Malika, the trailer for the animated series marked the show as one to watch out for, as it followed the story of a female protagonist trying to stop the rebellion by singlehandedly taking on the leader, General Ra. It’s exactly the type of kick ass female lead role we’ve been looking for, and the fact that it’s animated gives good indication of what information children of this generation will be digesting.

The pilot episode was originally exclusively available for contributors to YouNeek Studios’ recent Kickstarter campaign who got first dibs via a streaming link but now fans around the world will be able to enjoy the pilot episode for free on Youtube from October 15th.