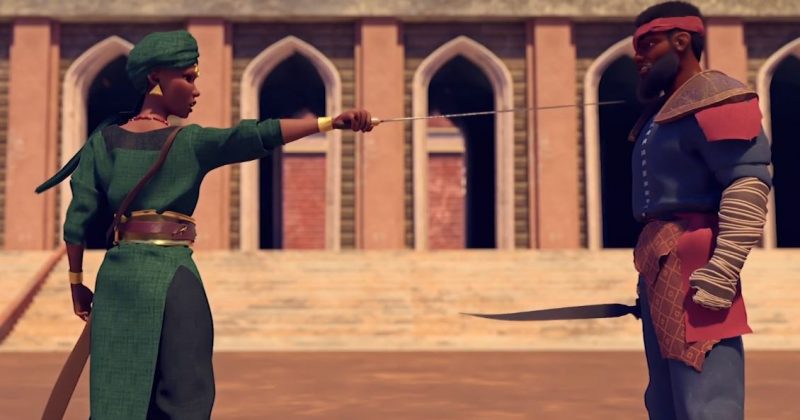 You only need to look at the popularity of Nollywood and the music industry to recognize how entertaining Nigerian storytelling is. Sadly, that talent hasn’t really been represented in the animation field. We, however, seem on the brink of changing that with the support “Malika: Warrior Queen” has enjoyed since the release of the animated series’ trailer.

The trailer boasts of a voiceover cast containing Femi Branch, who voices Chief Dogbari, Deyemi Okanlowon, voicing the WindMaker and King Bass, Blossom Chukwujekwu as Abdul and Sambassa Nzeribe, voicing General Ra. The nearly 2-minute long clip follows the warrior queen as she tries to stop a rebellion by fighting the leader, General Ra. Her heroic story sends a strong political message for our patriarchal society and the pilot already earned a spot to be screened at 8th Annual Lagos Comic Convention in September and then later at the 6th Annual MECCAcon in Detroit, Michigan. The animated pilot was written by Roye Okupe, and executive produced by Niyi Akinmolayan of Anthill Studios has been made available for contributors to YouNeek Studios’ recent Kickstarter campaign who get first dibs via a streaming link.

You can watch the trailer for “Malika: Warrior Queen” below.