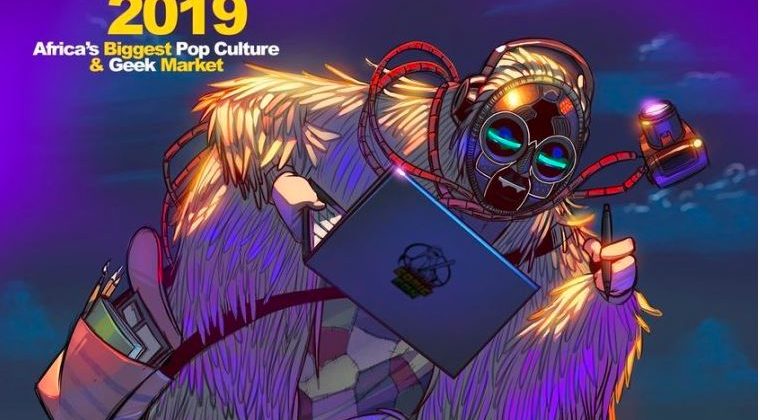 Lagos Comic-Con is inspiring a new generation of comic enthusiasts

Since the first edition in 2012, the Lagos Comic Convention has successfully brought comics, animation, films and book enthusiasts together to celebrate their pop-culture fandoms. Organized by Mustardseed Communication International, the event has grown from, 300 guests in 2012 to become Africa’s biggest geek event with over 4000 guests in 2017 in a one-day event.

This year’s Lagos Comic-con held at AF (Alliance Francaise) in Ikoyi where young people came to appreciate the displayed arts and comics inspired by our African culture. The 3-day event was themed “Fearless Lagos” and seminars were held to encourage young artists to brand their art and be more marketable. Niyi Akinmolayan also premiered the “Malika: Warrior Queen” animated film for Anthill Studios at the event and the studio used the platform to appreciate its team. There were also drawing aids like colouring pages to guide children as they explore their artistic expressions.

Brands like “Freak the Fxxk out” were present with their stand where they displayed their spooky clips with eerily compelling soundtracks. Other comic brands had stands where they displayed their comics for sale while some stalls offered art and merch for sale, face paintings and dart throwing games that kept the event lively. The red carpet saw cosplays from attendees with Thor, Joker, Batman Mario’s Nintendo costumes and others being paraded. But a young boy in a Miles Morales costume won the award for best cosplay.

0000
Previous Article Efe’s new single, “Campaign”, is a marker of his ongoing renaissance

Next Article Premiere: Olú’s music film ‘Aye’ is a celebration of life, love, sacrifice and friendship