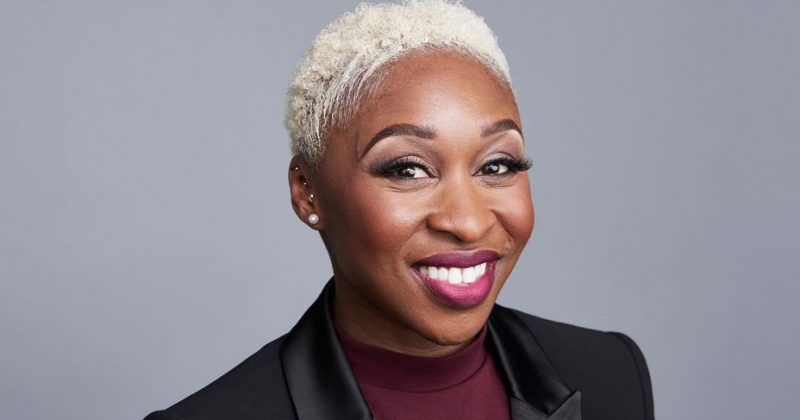 British-Nigerian actress Cynthia Erivo is a model example of the power of positivity. “I tend to say them out loud because I think that’s important, then see what happens”, she said in an interview with Healthish. “The things that I want to happen always happen in the most unexpected ways, so I just go with it”. Well so far, Cynthia Erivo has been in a handful of theatre plays including Color Purple, which earned her nine award nominations between 2013 and 2017 [6 of which she won].

Today marks the 90th birthday of the original #phenominalwoman Dr Maya Angelou She who showed us the beauty of womanhood, she who told us it was ok to revel in it and be proud. God rest her soul. Xx

Between Emmy and Grammy and Tony award speeches, the singer-slash-actress has also featured briefly in a number of British TV series. Erivo adds movies to her list of things shes clearly great at with the release of two crime trailers motion picture trailers she stars in: Widows, to be released in November; and Bad Times at the El Royale expected in October this year

The more first of the two Widows is based on a British TV series of the same name. Like the TV show, the  Steve McQueen-directed film follows a group of women [Led by Viola Davis] who continue a bank heist their husbands were killed trying to pull off while under pressure of police and rival gangs.

Bad Times at the El Royale, on the other hand, is a horror thriller that follows seven characters, all with a secret to bury – cult leader (played by Chris Hemsworth), a priest ( played by Jeff Bridges), a singer (Cynthia Erivo), a salesman (Jon Hamm), a concierge (Lewis Pullman) and two criminals (Dakota Johnson and Cailee Spaeny) – meet at Lake Tahoe’s El Royale, a rundown hotel that also has a mysterious past, and things get real.

Cynthia Erivo is also to star in a biopic based on the life of Harriet Tubman. She will also appear in Chaos Walking starring Tom Holland, Daisy Ridleandad others, based off the first of Patrick Ness’ science fiction trilogy of the same name. There is no release date for the former, but Chaos Walking is set to be released in March next year.