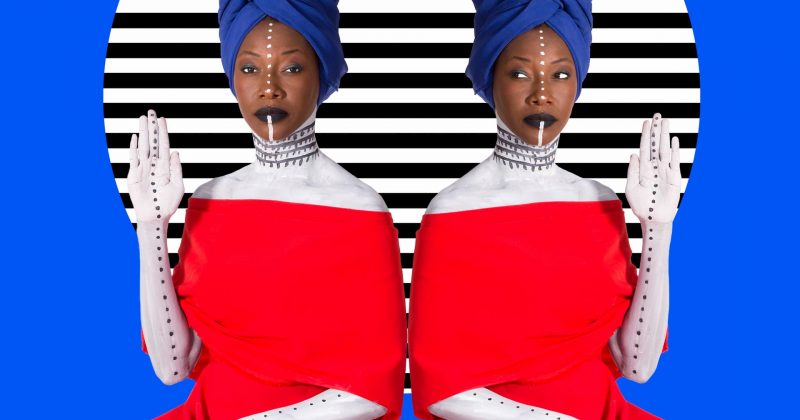 Of all the odd shuffles that kept on popping up on replay at the NATIVE’s office last year, Fatoumata Diawara’s 2011 album, Fatou was the most loved. Born in Cote d Ivoire to Malian parents, Fatoumata’s profile in film and theatre provides some context for a climatic storytelling style but nothing substitutes for her compelling silky smooth vocals. After years of acting across Francophone Africa and France and performing with greats like Oumou Sangare and AfroCubism, Fatou picked up the guitar somewhere along the way and started writing her own songs.

Unlike Fatoumata’s intimate genre-mashing debut Fatou, Fenfo, her latest sophomore project is directed at where her heart will always be: home. Fenfo is Fatoumata singing against beliefs that prevent intermarriage on “Kanou Dan Yen”, emphasising the dark skin and honour for black heritage on “Kokoro”, and laying vocals on Vincent Segal’s beautiful cello baseline for “Don Do”, a haunting track about unrequited love.

Across 11-tracks—no more, no less—Fatoumata delivers a perfect album that peaks at the Afrobeat-infused dance number, “Negue Negue” before segueing into a somber second half, starting with seventh track, “Mama”. “Mama” is only lightly dabbed with a touch of synths, allowing the acoustics from her band, serve as the bedrock for lyrics praising her mother in an endearingly daughterly way that invokes Asa’s similarly-themed “So Beautiful”. There is even a casual shoutout to her dad: Baba yo, Baba yo my only Baba

It’s a sharp contrast from “Willie” a rebellious stand-out off Fatou, where Fatoumata sings of a young woman who was labelled “stubborn girl” because she refused to be forced into early marriage, and chose to run away instead. The story is very much like Fatou’s own life, as a young woman who found solace in theatre to escape a being forced into an arranged marriage. In a way “Mama” feels like a do-over for some of the choices, the same girl in “Willie” may have made on her journey. Going against odds of norms deeply intertwined with family will leave everyone involved with a lot to say if the wounds are to ever heal. Thankfully, Fatoumata presets the mood with “Mama”, as guitars melt the whole arrangement into an emotional mind warp.

Stream “Mama” via Apple Music below:

Next Article Listen to “N.W.A”, a new single by Phyno featuring Wale