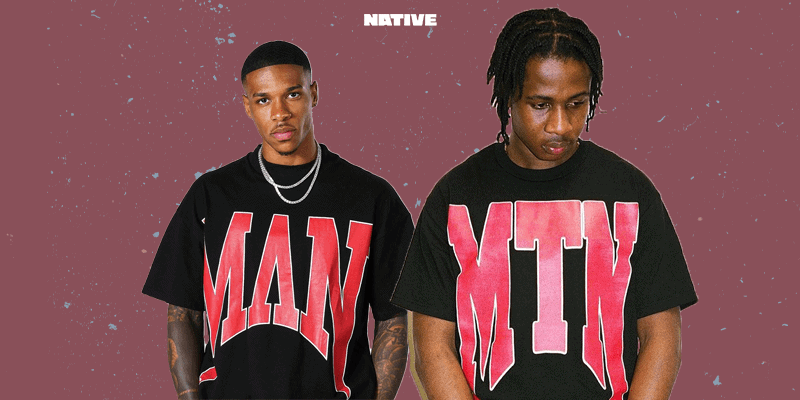 MOTHERLAN vs Boohoo Man, will it ever end?

The recurrent trend of fast fashion companies including major players such as Boohoo, Pretty Little Thing, Fashion Nova, and more, stealing designs from both small and high-end designers is a tale as old as time. Through fashion immemorial, there have been endless examples of these fast fashion giants copying, lifting and replicating the designs of others, and at this point, it has to be stopped.

It is not new to see brands copying each other in some form. Fashion houses have long operated in this way, borrowing and sourcing inspiration from each other to cater to viral trends and consumer demand. However, continued replication over the years has now forced many fashion enthusiasts to demand better distinctions between borrowing, inspiration and downright copying.

It’s become clear that the playing field isn’t equal for all designers, particularly young Black designers who are typically eschewed in favour of their white counterparts. So when names such as Fendi, Off-White or PLT and Fashion Nova attempt to disguise the designs of younger creatives as their own, they are participating in the disenfranchisement of the youth and reproducing the harmful structures that keep the pockets of a few lined, to the detriment of the world of talent that exists in the fashion world.

One of the biggest culprits in the replication of designs lately is Boohoo. Founded back in 2006 by CEO, Mahmud Kamani, and Carol Kane, the fast-fashion giant has only continued to extend its reach by surviving on offering a cheaper fashion product online. There have been numerous complaints of Boohoo pilfering designs from other lesser-known designers and even designs from more high-end designer brands. Despite this, the fast-fashion giant continues to catch heat for yet another act of thievery.

Over the weekend, Boohoo Man came under fire for doing what Boohoo always does. Nigerian streetwear brand, MOTHERLAN called out the fast-fashion giant for outrightly copying one of its designs. Owned by the trio Onyedl, Leo, and Slawn, the brand has become a staple in the country and grown its own cult following, all through authentic marketing, storytelling and social media. Slawn, one of the founders of MOTHERLAN took to Instagram to point out the injustice in the clear rip-off. From the look of both t-shirts, there is little to no difference – save the interchangeable ‘T’ and ‘A’. It is quite infuriating to think that small brands, barely making 10% of the profits fast fashion brands make, are being robbed by companies that have bucketloads of capital. In his Instagram post caption, Slawn says “we are 3 young boys from Lagos and u didn’t find Gucci to steal from with all your millions.”

It’s worth noting that since their late 2010s inception, MOTHERLAN has grown to be a globally recognised brand, with features in the pages of magazines such as i-D, Vogue and more. The streetwear brand has also produced collaborations with international companies such as AWAKE NY and Converse. Clearly not averse to lending their creativity to larger conglomerates, MOTHERLAN’s collaborative reputation makes the Boohoo move even more laughable. If Boohoo wanted the ‘MTN’ design, they should have asked nicely and they just might have gotten it without the backlash that their ‘MAN’ t-shirt has now invited.

You’d expect big corporations to steal designs only from big fashion houses as they are well equipped monetarily to carry the loss but rather they also pinch from the world of upcoming fashion houses and nascent designers. Capitalism and hunger for money have taken all compassion and integrity out of the hearts and minds of these fast-fashion giants who continue to unethically operate within the fashion world.

For the past year alone there have been different sightings and examples of fast fashion imitating other brands. Fisayo Longe’s Kai Collective has equally suffered the same fate and even pursued legal action against them. However, for smaller brands, taking legal steps is not an easy solution in the face of legal fees and challenges. Not only designers but even celebrities, fashion houses and fashion websites continue to call out fast-fashion giants for their pilfering ways. Platforms, such as Diet Prada have become the voice for the voiceless and taken it upon themselves to reveal the injustice and falsehoods of these companies. They expose the underbelly of the glitzy fashion world, no matter how big or small the scandal may be.

So how then do we pull the tank on an unsinkable ship? Although the answer is uncertain to determine as a whole, the facts of each individual case will always differ and create an avenue for fashion designers and enthusiasts alike to call out this unwanted trend. With small businesses leeching off each other in the same way large companies do, hoping for change seems futile. For a long time, fashion hasn’t been an industry of unique ideas but rather a web of designs sourced from past designers as inspiration. There is nothing wrong with taking inspiration from past work as long as it segues into creating something new. Though no work is fully gotten from a blank canvas these days, we have to draw the line when someone’s fresh designs or idea is simply replicated for a quick and easy buck.

ICYMI: KAI COLLECTIVE VS BOOHOO: WHY WE NEED TO REEVALUATE OUR RELATIONSHIP WITH FAST FASHION