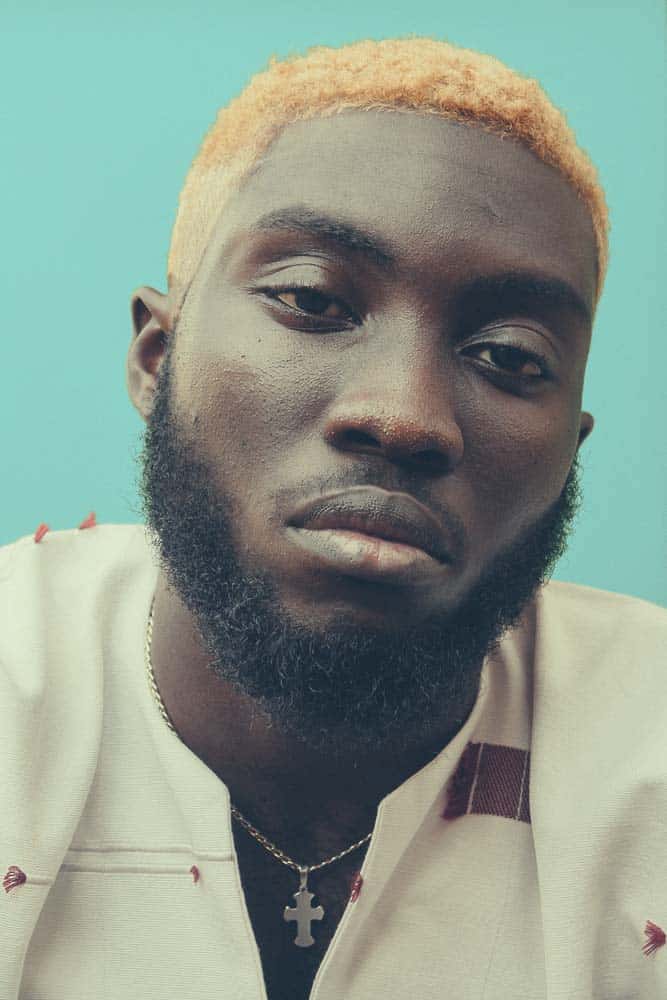 Odunsi [The Engine] has spent the last two years crossing over from the underground – on his own terms. Now, he’s on the cusp of greatness.

I relate to people that start their new year whenever they feel like it’s right. Coincidentally, I started my career in January 2016, so for me they both align. I almost feel like every new year is my birthday – so I’ve just turned 3 (laughs).

How does that feel?

It’s scary man, I’m not going to lie. I feel like I’ve passed that stage where people ask “is he good or not?”. They know I’m good. So now, it’s like “what are you going to do next?”

What role do you feel you play in the Nigerian music scene?

I feel the need to recreate an era where everyone is being themselves. Before Afropop, when artists like Tony Tetuila and The Tribesmen were just telling their stories. They weren’t worried about [the structure] of hooks and verses, they were just being themselves and that became Pop. That’s an era I connect to in so many ways, and I want to try and recreate that.

What message do you want to give with your music?

Love. But more than that, I just want to tell my stories. I feel like there’s an under-representation of the middle class in the the music industry, in Lagos anyway. It’s either you’re from the streets…or you’re super wealthy. I’m just a normal guy who watched Channel O, Africa Magic and MTV and was influenced by that. Then I started using the internet – Hi5, Facebook, Twitter, everything. Everyone’s a product of their environment and that was mine.

Who influenced what you listened to growing up?

My big brother. He used to play a lot of Biggie, Aaliyah, Sade Adu, Craig David. Basically all the best stuff from the 90s and early 2000s. We used to have one of those Sony systems that you could put like 20 CDs in there, and all I did was watch those videos.

Did you always know you wanted to make music when you grew up?

Nah, not at all. I wanted to paint at first, I used to draw and shit. Then I went to high school, and girls weren’t really into artsy guys, so I starting getting into sport.

What sport did you play?

I played football and basketball, but my main thing was running track. I was actually pretty fast – like going to all these tournaments and shit, representing the school. 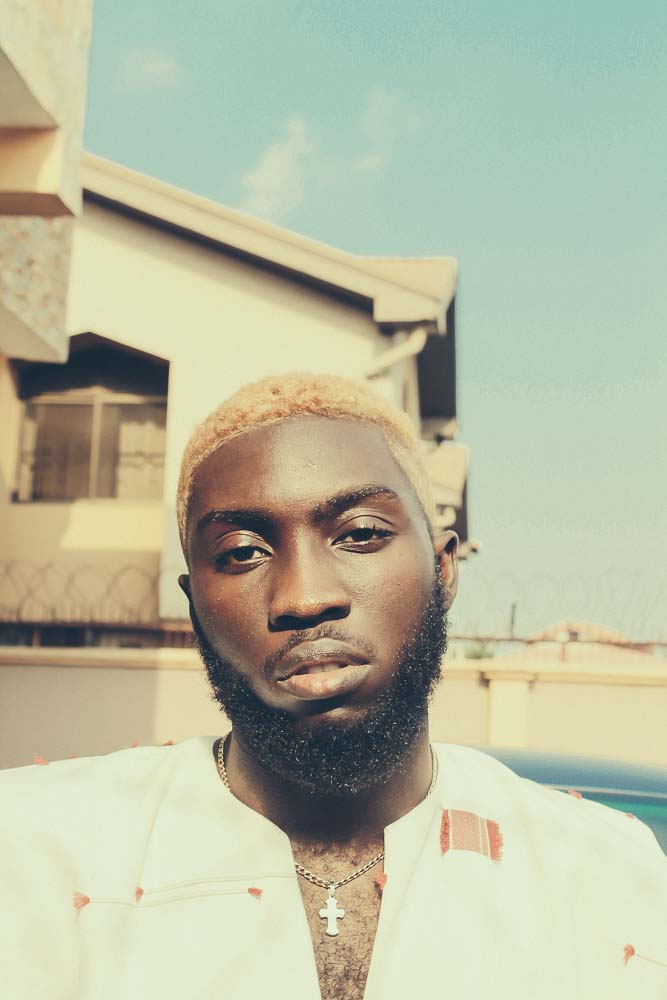 If your life was a 100M race, where would you say you are right now?

I haven’t even started man. For so much of my life, no one took me seriously. Growing up in Nigeria, the only way to prove that you have something to offer is through academics – and to me that’s just an unfair. If I fail an exam, how does that mean all my ideas aren’t good? Then I dropped out and started making music, and people liked it. Suddenly, when I talked, people listened. And I realised I have a lot of shit to say about non-music related things, I have ideas. So when I say I haven’t started yet, it’s because I know what music is going to do for me – it’ll open doors for me to kill shit in other places.

Were you scared to leave school?

For me it was really unavoidable. I was suffering from ADHD, and for so long I didn’t know. My parents didn’t know. My teachers didn’t know, so they would write stuff on my report cards like “yeah he’s smart, but he’s not applying himself.” I went into depression man…I didn’t understand what was wrong with me. I would just be in class staring at someone’s shoes, or staring at the clock. No one could give me answers, I didn’t even know what questions to ask. So once I found out, [that I had ADHD] I made the decision to leave school.

Exactly. They’re actually paying more attention to the kids doing well, rather than to the kids struggling that actually really need help.

What helped you through these times?

When I was younger, I just thought things would get better. Then later on, I tapped into music a lot to feel better. Sade Adu and The Lighthouse Family were very key to me. The words were so reassuring. Obviously they made love songs, but they were more than that to me.

You’ve previously spoken publicly about your battle with self-discovery. What does peace of mind look like for you?

Knowing that I can be the best version of myself, even if I’m not quite there yet. Understanding that you can graduate to higher levels of yourself – rather than trying to be someone else – is something I’ve learnt and it’s so important. Self-awareness is the key to peace of mind. At the end of the day, you have to realise that there are certain things only you can understand about yourself.

I’ve heard a lot of people paint you as a lover boy. How do you feel about that?

I feel like there are a lot of sides to me, but that’s definitely the easiest to express. The foundation of life is love and relationships: with your mother, your father, your friends. That’s my language for now.

What is your one true Desire?

I really just want to tour the world man. I want to connect with different kinds of people that just do dope shit. I have so many ideas and I know I just need to meet the right people. Being alone most of my childhood felt like one big mental exercise. It was like how people go to the gym, I was doing that with my mind. Constantly thinking. I would be in my room just thinking for hours, thinking myself to sleep. I would dream up so many scenarios, and in every one I was a star. It was kind of my escape from what I was actually going through. Now I want to live out those dreams. 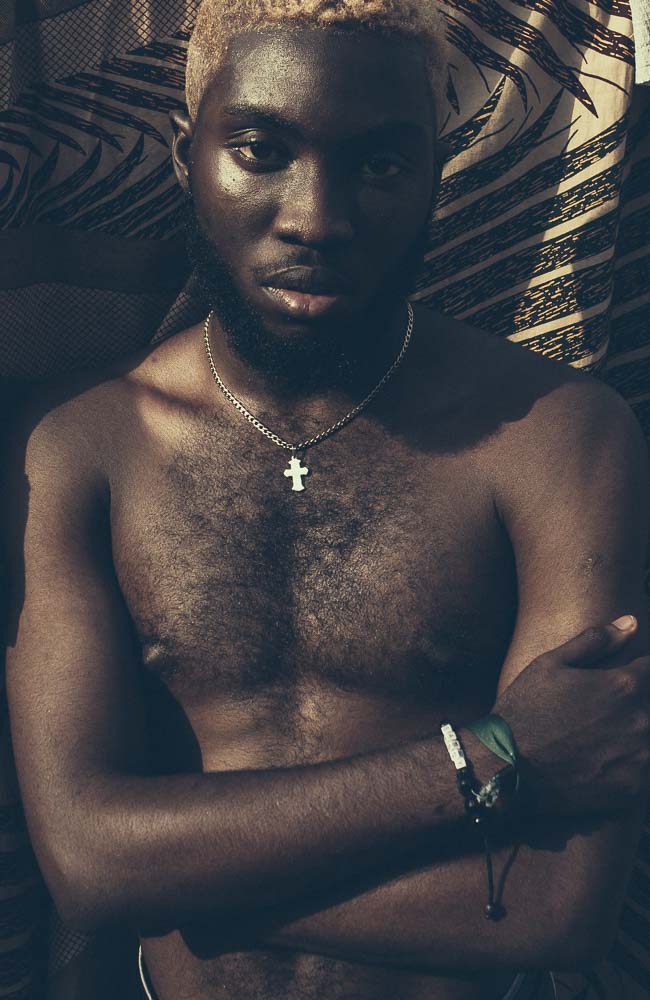 What does Family mean to you?

Man, to me, family is everything. It’s so important for me to establish honest relationships because I didn’t really have those growing up. I’m making a conscious effort to the understand the role of different people in my life.

How has music helped you establish these relationships?

It helped me find my tribe. I’ve met so many of my closest friends doing this. Instead of feeling like I need to fit in, I’m now comfortable being an outcast.

What are some of the things you and your friends are worried about this year?

Man just the country in general. Everyone is always talking about leaving, because it’s too tough. But I’m not really in a position to be taking vacations. Things are already hard enough for artists like myself, Santi or [Lady] Donli – then add that to what’s going on in the country – it just feels like you’re fighting Goliath. Or two Goliaths. But it’s not something that’s really on my mind, but every now and then it just flashes and scares you a bit. Is this going to work? How long will it take?

Burna Boy for sure. I feel like this year will be crucial for us, too. 2018 is all about making decisions. For me, it’s like a bus. There’s a bus at 15:15, and there might not be another one till 7PM. So you have to make sure you get on the bus. It’s like the NBA Draft.

Do you feel like that for the genre as a whole?

No, but 2018 is the year that the conversation will intensify.

How does it make you feel when people group you and other upcoming acts under one umbrella?

It’s kind of lazy, but I understand it. They don’t understand us, so they feel like they have to [group us]. But there are definitely two sets of people that do this.

The first set of people legitimately don’t understand what is going on. They’re not grouping us maliciously, it’s just naive.

The second set are actually trying to do all they can to diminish us, so we don’t become anything. I’ll give you a scenario. There is one guy in a room surrounded by a bunch of people.  He is playing darts, and he keeps hitting the bullseye. And everyone in the room says “Wow, bullseye again and again, amazing.” And then the other guy walks into the room whilst all this is going on, and starts playing the flute. A couple of people in the room say “Where is that flute coming from? Let’s go check it out.” The majority of the people in the room just say “We’ll go later, we still love what the darts guy is doing.” They both keep doing their thing: the darts guy continuously hits the bullseye, the flute guy continuously riffing. Then, the girl that the darts guy is really doing all this to impress, checks out the flute guy, and she loves it. Obviously hitting the bullseye is amazing, but she just thinks the flute guy is so cool and original. So the darts guy, seeing this girl giving the flute guy all this attention, summons him over. He pats him on the head and goes“Oh yeah, this is the flute guy everyone, we met last week. How you doing, man? How’s the flute? You know what, let me buy you a new flute.”

I actually deal with all this stuff man. They’re trying to make you feel like you’re going to be small forever.

Word. And little do they know, the flute guy can probably play darts too.

Exactly. They want to force us into this box. It’s like fake support. But at the end of the day, I’m built for it. I’ve done my homework. I’ve watched how transitions happen in any industry – not just music – and it’s always the same. When shit is about to happen, it’s always the same. There’s nothing new.

I want to solidify a following. I want to really have a tribe. Like if I [tweet] a full stop, they know exactly what I mean. I want my listeners to become my family. With them, there isn’t anywhere I can’t go. 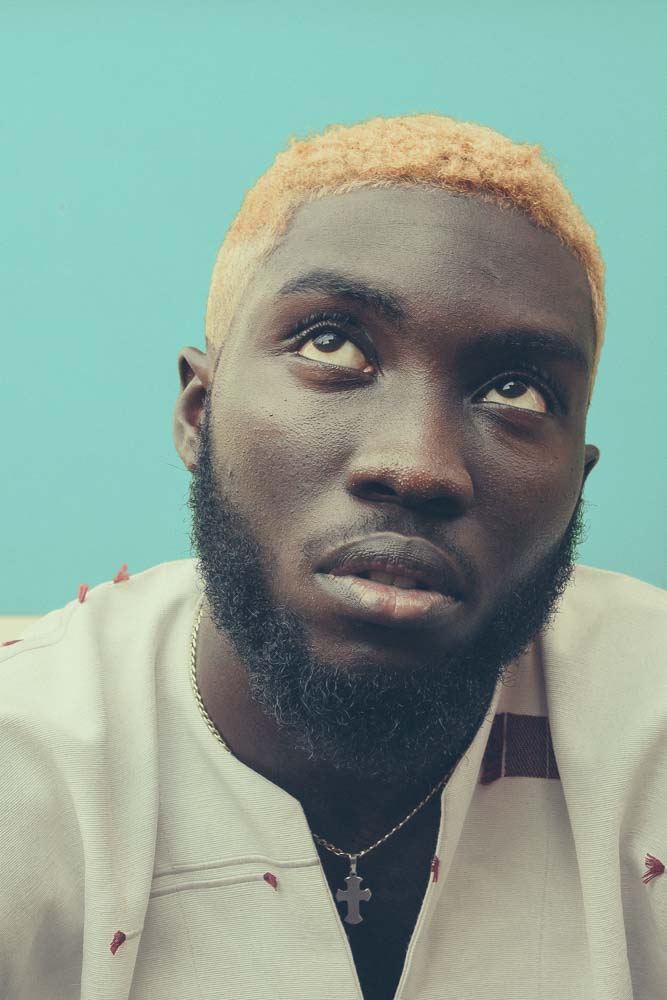 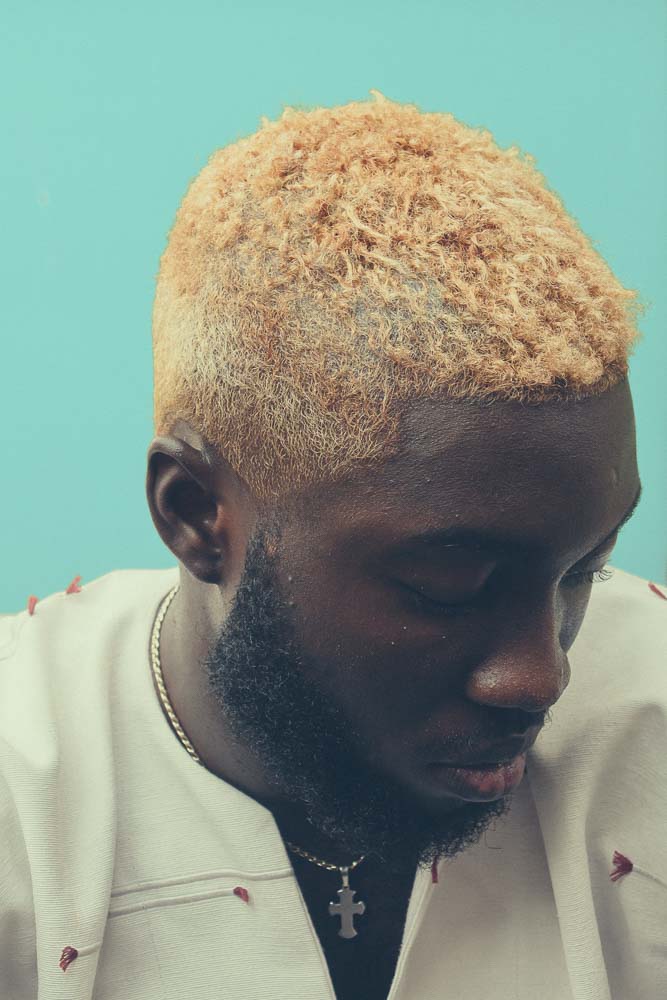