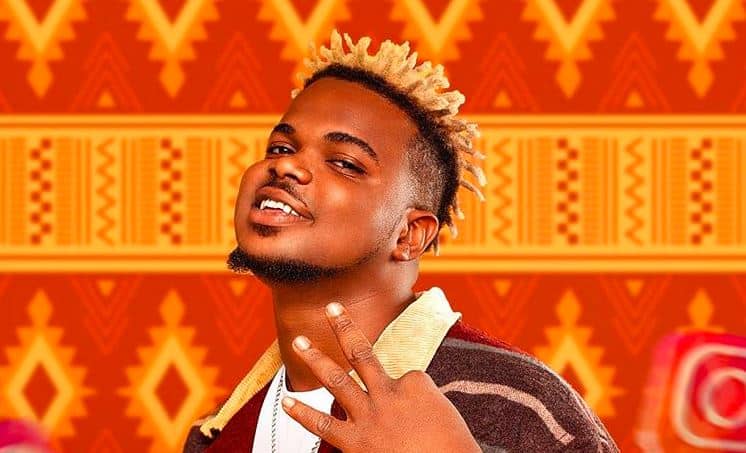 Defining his role as the architect of street hop

As the producer behind most of Zlatan and Naira Marley’s hit songs, his famous producer tag “Yo Rexxie pon this one” saw him developing a reputation as one of the producers responsible for building Nigeria’s Afro-house scene into a dominating force in the mainstream. Though the works of producers like South Africa’s Black Coffee and the Distruction Boiz already established Afro-house’s acclaim around the world, Rexxie has released his debut project, ‘Afro Streets’ and it defines his role as the architect of the distinctly Nigerian influenced Street-hop sound of Afro-house.

In many ways, Rexxie’s ‘Afro Streets’ is a genre-defining project. The distinctly ingenious sounds that influence Rexxie’s production are primed to show off all the different range of sounds within an entire scope which is usually boxed as one, and this further highlights the fault with international bodies like the Grammys putting all music from Africa under one umbrella genre, ‘world music’.

From the opening track, “Eze Egwu”, we hear him mix synth harmonies with vibrant traditional drums and whistle harmonies produced by traditional Igbo musical instruments. With no vocal contributions on songs like “Eze Egwu” and “Marlian Riddim”, this allows listeners appreciate Rexxie’s skill, as he draws different elements together to masterfully blend ambient electronic synths with the steady pace of the traditional instruments.

Elsewhere on “I Can Dance”, popular street-hop dancer, Poco Lee makes his debut as an artist on ‘Afro Street’ through his contribution. His DJ-hypeman-esque performance over the frenzied mix of synths and traditional drums highlight that Rexxie’s productions belong on the dancefloor. On “Opor”, he collaborates with Zlatan to produce a lightweight beat for the street-hop rapper’s boastful lyrics. The ambient synths Rexxie layers over the groovy drum riffs definitely make you want to get up and dance, which builds upon the ability for the genre to fork out many of the trendy dance moves we’ve had.

The street-savvy approach to Rexxie’s production is highlighted on standout track, “Mofoti” featuring Naira Marley. While the guitar harmonies aren’t too different from what you’d expect of any highlife-fuelled Afropop song, the traditional drum riffs, whistling harmonies and Naira Marley’s foul-mouthed lyrics distinguish it as a street-hop jam. ‘Afro Streets’ closes out with the Barry Jhay-assisted, “Sokale” the most reflective track on the tape, which sees Barry Jhay’s prayerful introspection over an atmospheric beat.

Rexxie’s debut project challenges the popular divide of African music between South African House and Nigerian pop. The tape captures the very Nigerian allure of Afro-house through the sonic influences and lyrics. Though the casual use of Yoruba language and tropes gives the impression that street-hop is primarily designed to entertain those on the streets of Lagos, tracks like “Eze Egwu” expand the sound to cover other cultures within Nigeria. While the tracks with Yoruba-speaking features highlight Rexxie’s appeal on the streets, the other tracks with no features and vocals broaden the scope of street-hop to match the global renown of Afro-house.

ICYMI: Here’s why everyone is so hyped Rexxie released ‘Afro Streets’