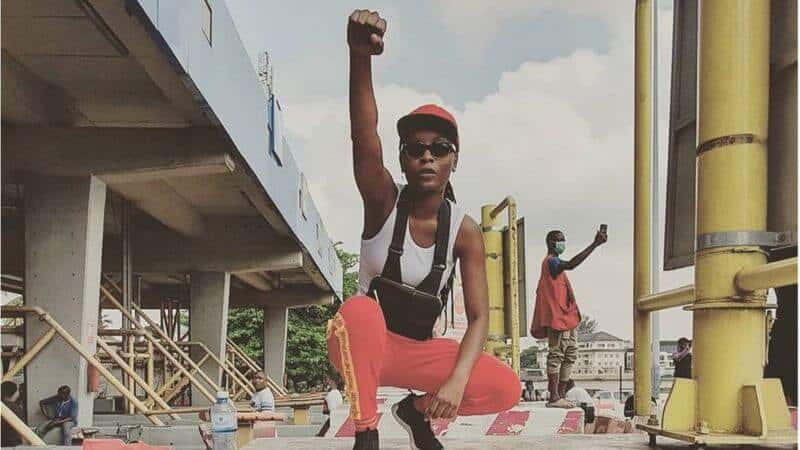 Rest in peace to all those that died at the hands of the Nigerian military, may their memory never be diminished or forgotten

The past week has been a particularly tumultuous one for Nigerians everywhere, especially for those of us who have been invested in the protests against police brutality in the country. On Tuesday evening, a new low was reached when soldiers of the Nigerian army violently attacked peaceful demonstrators at the Lekki-Victoria Island tollgate, killing over a dozen and injuring hundreds more with live bullet ammunition.

Shortly after recorded videos of the vicious attacks began to spread on social media, we were getting real-time updates through an Instagram Livestream by DJ/artist, DJ Switch. Pulling in over 150 thousand viewers from all over the world, we witnessed the extremely hostile environment the army had effected, and even got to watch the tragic passing of a protester from a gunshot wound—the army allegedly kept ambulances from getting to the grounds until over two hours after they attacked.

Somehow, though, this national tragedy has been vehemently denied by the Nigerian federal government, the Lagos state government, the army and several Nigerians, even though the evidence is irrefutable. In the days since the attacks, several survivors have come out to share their accounts of the gory event. Yesterday, in a series of videos, DJ Switch shared parts of her experience with the public, giving us a first-hand perspective of what happened.

In the videos, she recounts how submissive the demonstrators were, assuming that being non-threatening with waved flags and singing the national anthem would quell the soldiers. She recalls one of the protesters acting as a human shield for her, and the hunt for shell casings by those alive, since the army was bent on erasing evidence of their presence, by picking up the shells from the bullets aimed at protests. She also remembers spotting fifteen casualties, noting that the number of deaths will probably remain unconfirmed since the soldiers took away the corpses.

While it clears up some of the news that has been spreading around, including the unconfirmed count of 78 deaths and the untruth of her cousin passing away in the tragic attacks, DJ Switch’s account remains consistent with the fact that the army attacked peaceful protesters, and she even goes on to display some of the shell casings she picked up. In fact, her account and approach tallies with one of the survivors who was interviewed by BBC, a day before. The survivor, identified as Akin, recounts the predatory nature of the attacks, while also displaying shell casings recovered during the massacre.

"I don't know what to call it. It was a massacre"

An organiser of protests against police brutality in Nigeria has told the BBC he saw soldiers shoot people deadhttps://t.co/khd3Cz01Tg pic.twitter.com/lgSLydVHRR

In a bid to sweep this tragic event under the rug, the government and army have adopted a dual strategy of denial and silence, as evidenced by press appearances of these parties in the days since. Apart from the fact that the whole world watched it happen, the seams of this approach might just be wearing off with each day. On Thursday, an alleged phone call between the Lagos state governor, Mr. Babajide Sanwo-Olu, and a foreign envoy surfaced on social media, and it finds the governor admitting that soldiers were indeed present and were the attackers, a fact he’s yet to publicly and officially admit.

On the same day, the Vice President of the country, Professor Yemi Osibanjo, received a visit from officials of the U.S. state department, who later put out a statement saying that their meeting with the VP was to ensure thorough investigation of the instigators of the Lekki tollgate massacre. Until now, the government and army still hasn’t officially acknowledged this grave crime against humanity on its own soil, but young Nigerians are determined to ensure that the truth is well documented and doesn’t get covered up by lies.

Thank you, DJ Switch and Akin, for sharing your stories. Rest in peace to all those that died at the hands of the Nigerian military, may their memory never be diminished or forgotten.

ICYMI: WE WILL NEVER FORGET WHAT REALLY HAPPENED AT THE LEKKI TOLL GATE