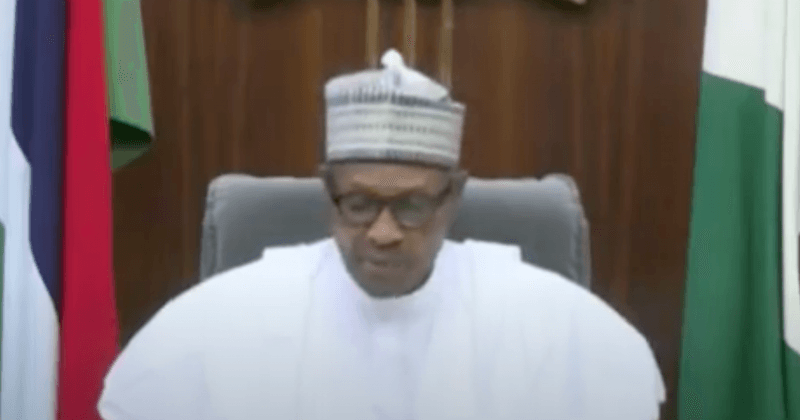 For the past 12 days, young Nigerians have been out protesting the extrajudicial killings by a unit of the Nigerian Police Force, SARS much to the dismay of the Nigerian Government, who have yet to acknowledge the demands of the Nigeian youth who have made exactly what they want very clear.

Each day, those who are protesting have been faced with some kind of adversity or the other, from brutality from the Nigerian Police and Army Force, to state-imposed curfews which have brought these demonstrations to a complete halt. In all of this, we have heard from the Inspector General of the Police, several state governors and the Vice President, however, President Buhari has only addressed the nation once in the midst of all this chaos, even following the death of many innocent Nigerian lives at the hands of the people who are meant to protect them.

Things have gone awry, and violence has ensued all over the country by armed men who were allegedly empowered by the government to disrupt the peaceful demonstrations that had been going well for over 10 days before they emerged. Following this, Lagos, Edo, Plateu, Ekiti and Delta states have been placed on a curfew, as the state governments announced a State Of Emergency in their respective constituents. As a result, the issue has escalated and many people were calling for the attention of the President who has been considerably quiet this entire time.

Finally tonight, at 7pm, he addressed the nation about the past few days of protests. Here are the 5 key points we took away from the protests.

They’ve given us money, so we should be grateful

Now I can’t tell you I remember anything about Buhari’s policy when he ran for President, but apparently, one of them was a robust plan to sustain MSMES with a robust plan. The Federal Government recently approved a 2.3 trillion Naira budget to sustain the economy during the pandemic, in the face of the imposed disruptions the lockdown caused for SMEs. The president in his address basically reminded us that they were doing a nice thing for the people, so essentially, what I took away from that was that we shouldn’t really be taking them to task about the fact that innocent citizens are dying en masse by the people who are put in these positions to protect us.

They believe they have done what we want

Buhari maintains that we have been listened to, and our demands have been evaluated by scrapping SARS, but still keeping these officials who profile, murder, extort and harrass innocent citizens by changing the initials of their unit from SARS to SWAT. He said that measures are being put in place to address our other demands, however, for as long as we’ve been protesting, the very thing (police brutality and senseless killings) we have asked to discontinue has continued, and lives are still being lost.

As a democratic government, we listened to, and carefully evaluated the five-point demands of the protesters. And, having accepted them, we immediately scrapped SARS, and put measures in place to address the other demands of our youth.

Protests should be called off

Not much to dissect here. Bubu said we should all go about our business and stop causing a raucous on the streets.

That Social Media Bill is dangerously close to being passed

Since Tuesday, the powers that be have made particular efforts to make us and the rest of the world believe something that is not true. The Governor of Lagos state maintains that no lives were lost during the Lekki Massacre, however, we all saw through live footage of the incident that people had been shot and killed. Eyewitnesses gave accounts of the events which unfolded and how they did, however, we are being told that these videos have been ‘cropped’ and edited to spread a false narrative.

In Buhari’s address, he doubles down on this notion that there is false information being spread via social media, and this means to me that our access is going to be curbed. We all know and understand the power of social media, especially in the past fortnight and given that they have been clamouring for this for a while, this seems like a prime opportunity for them to double down. Here’s everything you need to know: 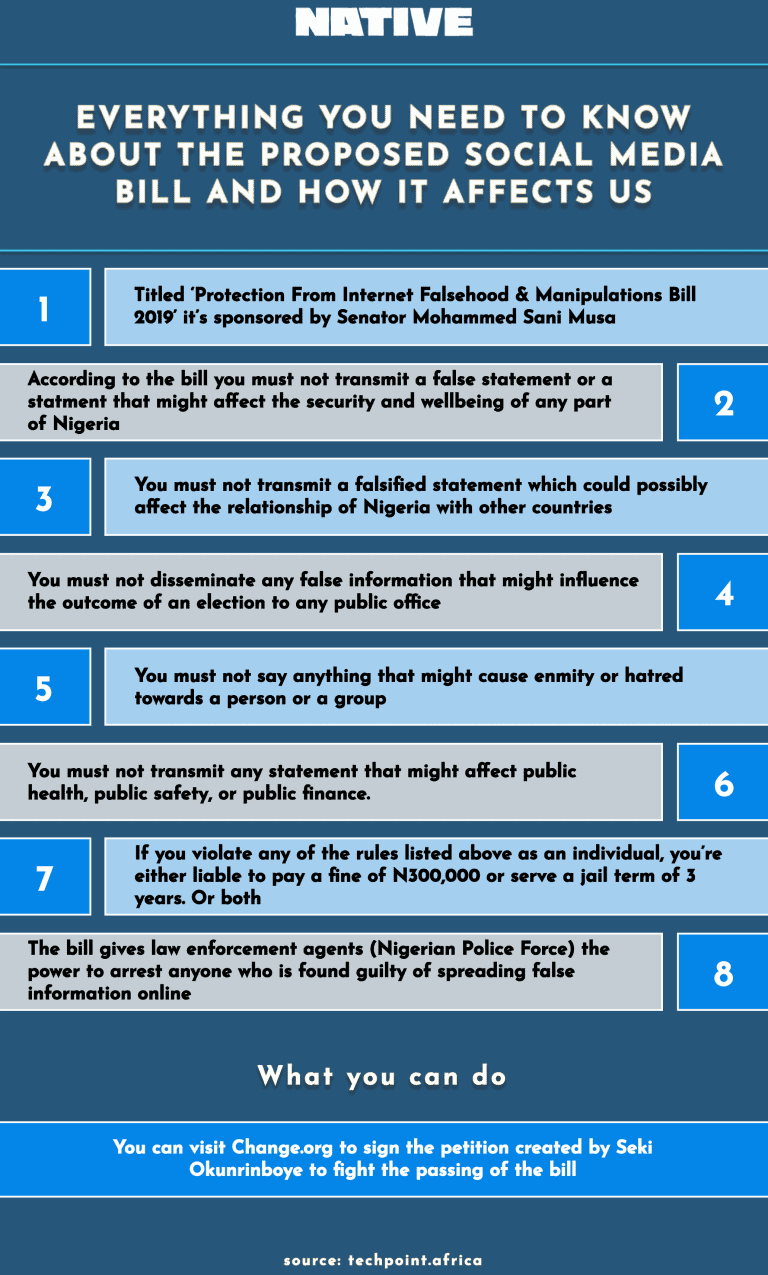 No word about the massacre at Lekki, Alausa and other parts of the country

While Buhari did mention that he is saddened by the loss of innocent lives, there was no mention or acknowledgement about the allegations about the military’s hand in these killings. News over the past few days has maintained that the army were not present at the Lekki Toll and in Alausa, therefore the President not acknowledging this incident explicitly suggests that this is the stance he is also taking. Given that this is such a pivotal arc in the narrative of these protests, it’s a bit deep that he did not.

You can watch the full thing right here:

Next Article Here’s how you can help the family of late tech designer, Oke Obi-Enadhuze