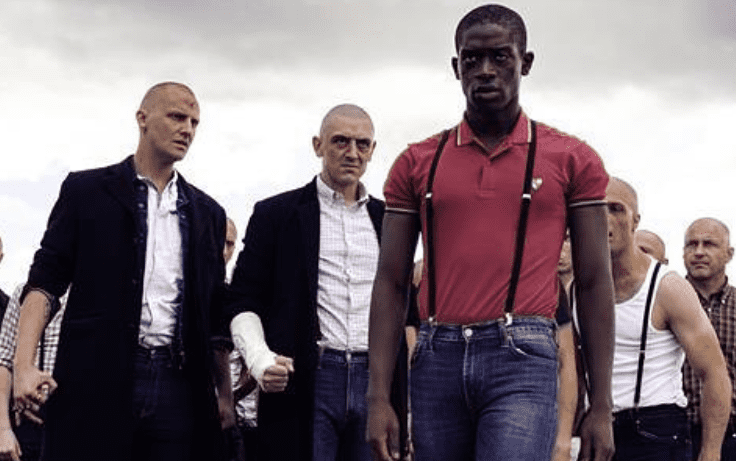 Two Nigerian films were screened at this year’s Toronto International Film Festival (TiFF). As of yesterday, both films have been picked for international distribution by a number of distribution companies. Farming, the second of the two films is Nigerian-British actor turned director, Adewale Akinnuoye-Agbaje’s directorial debut.

The film, recently picked up by Lionsgate for UK distribution via HanWay Films, is a semi-autobiographical film, based on Akinnuoye-Agbaje’s life as a young boy in UK. The title, Farming is in reference to the practice of Nigerian parents “farming out” their children to white UK families.

Farming starts out in the 1960s and follows the story of Enitan, a London-born Nigerian boy, whose Yoruba parents “farm” him to a white working-class British family in hopes of giving him a better future. Enitan floats between cultures and ends up joining a white skinhead gang “led by a racist psychopath”. The film stars British-Nigerian actor, Damson Idris as Enitan and Kate Beckinsale as his foster mother, alongside Genevieve Nnaji, Gugu Mbatha-Raw, and the director, Adewale Akinnuoye-Agbaje.

HanWay Films has also closed deals with Ad Vitam in France, September Films in the Benelux region, Icon in Australasia, and CDC in Latin America and South Korea.

Here is a clip featuring the two lead characters:

ICYMI: The trailer for Genevieve’s directorial debut “Lionheart” is out, Watch it here