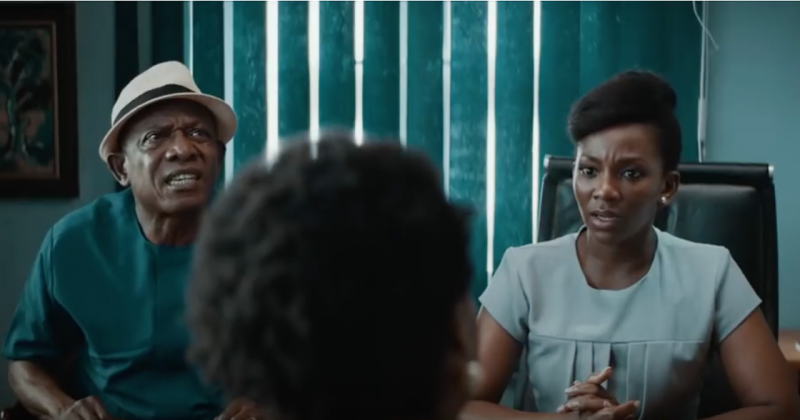 The trailer for Genevieve’s directorial debut “Lionheart” is out, Watch it here

Genevieve started out as an actor, but she’s been financing and producing movies under her production company, The Entertainment Network [TEN] and developing her directing career for a while now. The trailer for her directorial debut, “Lionheart” is finally out.

“Lionheart” will have its first appearance at the 43rd edition of Toronto International Film Festival (TIFF) , which is set to take place from 6th to 16th of September, 2018. On TIFF’s website, their set goal is to create spaces for women to thrive by supporting women behind and in front of the camera. This goal reflects in TIFF’s final rollout, which features films with strong female leads as well as movies, directed by black women, including Genevieve’s debut directorial film, “Lionheart”.

What’s more, MPM Premium —a distribution company based in Paris— has picked up “Lionheart” for international sales. MPM’s International sales manger, Ricardo Monastier commented on the film’s impact saying it is “a captivating and humorous movie that not only reveals the talent of Genevieve as a first-time director, but also sharply portrays a fast-changing society”. TEN has also signed a deal for “Lionheart” to be released on Netflix later this year.

“Lionheart” brings a traditional perspective to the global problem of female workplace discrimination. Emil B. Garuba, Genevive Nnaji, Chinny Onwugbenu, Ishaya Bako and C.J. Obasi are writers of the story and it stars Genevieve as Adaeze, a young woman with an executive position at Lionheart —a bus company owned by her father (Pete Edochie). When her father falls ill, Adaeze assumes that, given her value to the company and the diligence she has exhibited over the years, she would be awarded the responsibility to hold the fort while her father recovers. To her astonishment and that of her colleagues, she is passed over in favour of an uncle, Godswill (Nkem Owoh).

As seen in the trailer below, “Lionheart” is set in Enugu, with a few glimpses of Kanyo O. Kanyo, who plays the rival working to bring the company down, and Onyeka Onwenu as Adaeze’s mother.

In a statement released by Genevieve, “Lionheart” is the beginning of a journey to explore and express her creative interpretation of story-telling, particularly African stories. She states, “Africa is a possessor of the most compelling stories as yet untold, and we are determined to tell our stories, our way, through our voices, to the world”.

Along with “Lionheart”, Genevieve Nnaji will also appear on the TIFF screens with British-Nigerian actor Adewale Akinnouye-Agbaje, who also has a directorial debut, “Farming”, a movie based on Akinnouye-Agbaje’s life as a foster child after his Nigerian family “farmed” he and his siblings out to white families. The film also stars Kate Beckinsale, playing Akinnouye-Agbaje’s abusive foster mother, as well as Gugu Mbatha-Raw and Damson Idris.

Have a look at the trailer for “Lionheart” below.

Next Article The Weekend Shuffle: ‘My Car’ by Tony Tetuila