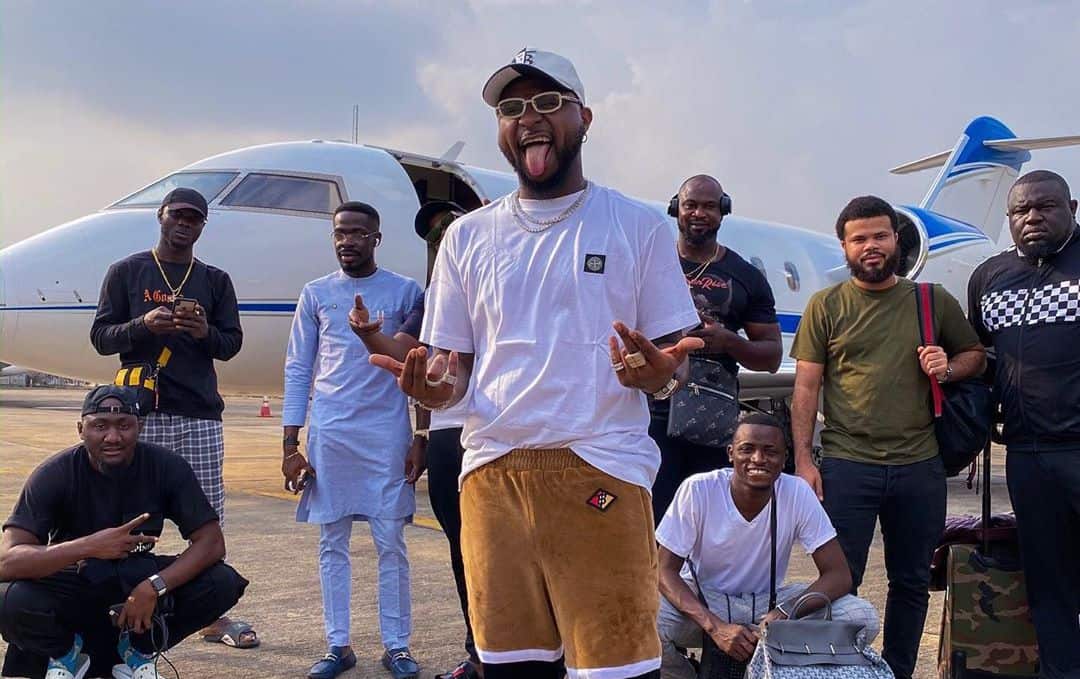 9 years after "Back When" dropped, Davido has built a dynasty

Today makes it 9 years since Davido dropped his breakout song, “Back When”, and since then, he’s remained a tour de force in Nigerian music. When he dropped “Back When” he caught some heat for claiming to be broke when he very clearly wasn’t, and following that, he decided to embrace his status as an OBO.

With his second song, “Dami Duro”, he stepped fully into his rich kid persona, and over the years has continued to live up to it.  Beyond the riches, he has also gained a reputation for his generosity, which has changed the lives of a lot of people from musicians such as Mayorkun, Peruzzi, Zlatan and others, to his right-hand men in his DMW crew.

In his dominant run since his break out, he’s built an empire, created a healthy ecosystem and placed some structure in the music industry.

Being from a wealthy home, however, doesn’t only mean living lavish for the afropop juggernaut. His family is known to be super religious and also for how generous they are in society – to the poor and to the church. Clearly, this teaching stuck with him, and he tells us a bit about this on the hook of his song, “Animashaun” which means ‘one who has should give’. He sings “Gboro Oluwa”, which means ‘heed to God’s word’, before he speaks about how far he’s come in all this time and has grown with all the people he came up with, building value for those he meets along the way.

Davido personifies the saying that we rise by lifting others, and after discovering Mayorkun and Dremo in 2016, Davido nurtured DMW into more than just a collective with a hefty roster of artists. His boastful lyrics on “If”, “30 Billion for the account oh” left a striking impression on Nigerians and thus, DMW evolved into the 30 Billion Gang, a sort of royal family in Nigerian pop culture. This ‘gang’ allowed Davido to absorb even the non-musically inclined people affiliated with him as members of the dynasty, and they all play useful roles to him and in the wider scope, the entertainment industry.

So as we look back at his prolific run in the industry since he broke out with “Back When”, we’ve decided to take a look at the people who have held it down with him, and how their affiliation to Davido has benefitted them and the entire crew:

Davido and the DMW/30 GB have a distinctly affluent look and BlackTycoone is the creative director in charge of a lot of the aesthetics and DMW/30 BG’s visual identity. He and Davido went to school together, and after coming to a confusing stage in his life, Davido took him in and gave him the room to hone in on his creative skills. Now, he’s in charge of all the aesthetics you see with the whole crew, from setting up the stage designs for DMW performance to mapping out what the members’ album and single covers look like.

It was 6am in Billboard studios . Pounded Yam and Sea Food Okra ! 😋 Sweet in the middle 📸 @antsoulo #AGoodTime Nov22

Lati’s influence as the Davido’s personal assistant has made him an afropop legend of sorts, and you’ve definitely seen/heard the phrase “Call Lati” a few times. Nothing goes to Davido without going through him, and the pair have known echother since the were 10 years old. Lati used to work in Davido’s household after losing his parents and has now grown to become Davido’s trusted right-hand man.

Aloma is Davido’s unofficial personal assistant. He doesn’t have a defined role but is in charge of things such as confirming Davido’s bookings and also does a bit of A&R and talent scouting for DMW. Before he met Davido, he used to hawk second-hand clothes for a living, and his connection to the streets he grew up in allows him to keep his ear to the ground in finding young talent fresh off the streets, such as Lil Frosh. In 2019, his AMW (Aloma Music Worldwide) imprint was instrumental to Lil Frosh’s signing to DMW and he continues to help push the artist whilst finding others to follow suit. He has recently also made a pivot to artist, and has just released his first body of work, ‘Ikotun The EP’.

You must be living under a rock if you haven’t heard about Father DMW in this lockdown period. A few weeks ago, he found his way into popular model, Eva Apio’s Instagram Live, and the pair continued to speak on Live every day for a while after. Their hilarious conversations became a reality tv show of sorts, which gained them both several more followers than they came into the lockdown with. In a recent interview, Father spoke about how he used to be an Okada driver, who ran errands for Davido and was given the chance to live his dream of being a comedian thanks to Davido. Now, Father is a household name in his own right who definitely has a lot going for him.

Davido’s road manager, Obama supervises the singer’s transportation, scheduling, and the financial aspects of his time on the road. He is also tasked with delivering press statements when show organisers breach their contracts with the artist in order to protect the singer’s image. Much like the rest of the crew, he gets to hang out with A-listers such as Lil’ Baby, Young Thug, Chris Brown and more. Obama has also started a record label, Obama Music Worldwide, and is currently championing a young artist, Ayanfe.

A GOOD TIME!! ASABA WE HERE

If you’ve ever seen Davido in real life, you know how hectic it gets for the singer when he’s swarmed by adoring fans, or a mob of people expecting a hand out from him. We owe his life to his muscle and bodyguard, TJ who ensures Davido is safe at all times and has sustained several injuries including a stabbing in doing so. TJ is now CEO of his own security outfit, Platinum Security and does concert and event security.