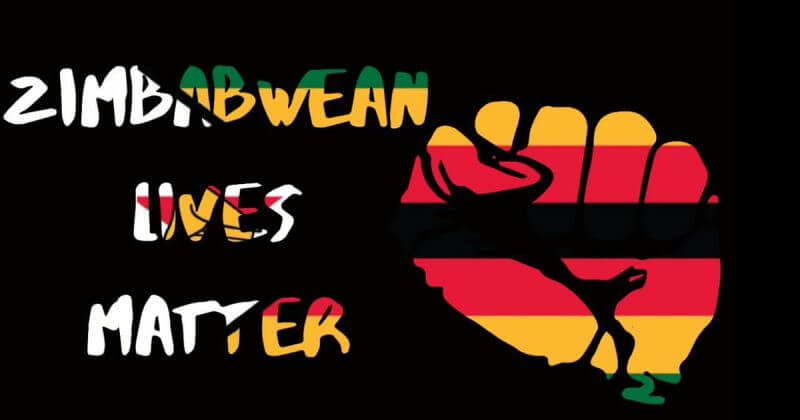 As the novel coronavirus has spread across the world, everyone has been tasked with doing their bit to combat the ravenous disease, whether that be staying at home, working overtime as an essential worker or donating funds and goods to the cause. All over the world, any NGOs, non-profits and philanthropic individuals have lent a hand in combatting COVID-19, as have governments budgets, but here in Africa, it seems that the global pandemic only worsened an already out-of-hand sickness: corruption.

The large sums of money and abundance of goods that have been dedicated to tackling COVID-19 have only made it easier for corrupt officials to siphon off funds into their own pockets, and to distribute goods within their own circles, as opposed to using these provisions to help the people for whom they were intended, who need the support the most.

Today marks the 14th day Hopewll Chinono is in prison.He’s a journalist who exposed the looting of Covid-19 funds worth US $60 million.The Minister of Health who orchestrated the looting sits in the comfort of his home with no accountability. #FreeHopewell #ZimbabweanLivesMatter pic.twitter.com/adiALzIqDQ

As early as April, just a month after the WHO declared the outbreak a “global pandemic”, the country was already reporting misappropriation of goods. Local councillors across South Africa – the hardest hit African country, with over half a million reported COVID-19 cases – were accused of denying NGOs the capacity to contribute their aid; stealing the food parcels that were put together to help poor communities, or strictly giving them to the supporters of their own political party; overpricing products that are largely substandard in order to make a profit; and also delivering inadequate services. In The Gambia, similar grafts were initiated, for example the registering of non-existent persons on the list of frontline workers, so that the fraudulent perpetrators may collect the risk allowance allocated to essential employees.

Over in East Africa too, coronavirus related corruption scandals sparked the #MoneyHeist, which trended in Kenya, as it was revealed that a large sum 1.3bn Kenyan Shillings (the equivalent of £9.8m or $12.2m) was spent on tackling the coronavirus. What concerned citizens were details of where the money went; for example the report presented to parliament  by Health Secretary Mutahi Kagwe, detailed the spendings which included 2m shillings allocated to mobile airtime, however local telecoms company Safaricom had already offered their services free of charge. Thankfully, today, it was reported that the COVID-19 emergency fund, courtesy of the office of the Director of Public Prosecutions, has been replenished with seized funds, that were retrieved from anti-graft operations.

In neighbouring Uganda too, the High Court ordered the return of $5,000 from each MP involved in the scandal that saw the members of parliament allocate themselves the equivalent sum of $2.6m. The MPs justified these funds, saying they were to be used to raise public awareness about the disease, however district committees exist for this very purpose and, condemning their actions as “morally reprehensible”, the Ugandan President himself did not appreciate that the funds weren’t going to these committees as they should.

However, worst of all is the corruption and tyrannical violence ongoing in Zimbabwe, that has resulted in the trending topic #ZimbabweanLiveMatter. A couple of weeks ago, one of Zimbabwe’s high profile  investigative journalists, Hopewell Chin’ono reported via his now suspended Twitter account the alleged act of fraud within Zimbabwe’s Health Ministry, where multimillion dollar deals were made for essential supplies whilst nurses remain on strike due to insufficient pay, lack of PPE and poor working conditions. In response to his exposé, the Zimbabwean government, led by President Emmerson Mnangagwa called for Chin’ono’s arrest for “inciting public violence” – though the police officer leading the investigation, in Chin’ono’s bail hearing admitted that there was nothing in the defendant’s tweets that incited public violence. Jacob Ngarivhume, member of the opposition political party, was arrested on the same day; both were denied bail and await trial in a few days.

The Zimbabwean people have been in uproar regarding this arrest, and following the bail denial last Friday, July 31, an anti-corruption protest was held – but unfortunately, Mnangagwa’s government reacted in much the same way. Coming into power in 2018, President Emmerson Mnangagwa was elected after the overthrowing of widely known dictator, President Robert Mugabe, who refused to relinquish the presidency for almost 40 years. Apparently not that much different from Mugabe, critics of Mnangagwa have accused the sitting president of using totalitarian tactics, being silent on rampant police brutality and exploiting the COVID-19 lockdown to stifle political dissent. This is evidenced in his reaction to the anti-corruption demonstration, where twelve protesters were arrested, including Zimbabwean author Tsitsi Dangarembga and another opposition party member Fadzayi Mahere for flouting anti-coronavirus rules and incitement to commit violence.

Bagaetsho. There are some petitions we can sign to show solidarity with the people of Zimbabwe. I will share them here. Petitions are largely symbolic but they can be an effective starting point of used correctly. #ZimbabweanLivesMatter

It is incredibly disturbing and disheartening that not only are the Zimbabwean government misusing goods, services and capital intended to keep their citizens safe during such a deeply unsetting and unsafe time as this,  but they are furthermore persecuting and brutalising their citizens for simply demanding transparency and fairness. Mr Hopewell Chin’ono has been incarcerated before, and if he is convicted this time could face up to ten years, however there was no crime truly committed. The Health Minister Obadiah Moyo was sacked after it was found he awarded a $60m contract to a company that was inflating prices of supplies for the racket’s personal financial gain, yet when a journalist highlights this malpractice he is thrown in jail and silenced? The people are not having it, and rightly so!

Celebrities (including Thandi Newton, Boity Thulo, Burna boy, Buffalo Souljah and Beenie Man) and political figures – such as South African opposition leader, Mmusi Maimane who has called for SA president and chairperson of the African Union, Cyril Ramaphosa and to contact president Mnangagwa “and tell him to respect the rights of the media and opposition” – have joined the movement, lending their voices to the #ZimbabweanLivesMatter. With Amnesty International, the United Nations and the British embassy on ground in Zimbabwe’s capita, Harare both condemning the arrest, the global community has also responded in support of the Zimbabwean people. Hopefully as the threat of sanctions emerge, those unjustly arrested will be released and the Zimbabwean government will be forced to reimagine their regime for one that upholds human rights and protects its citizens, as governments are sworn to do.

ICYMI:A COCKTAIL OF VIOLENCE: SOUTHERN KADUNA IS MORE THAN A HASHTAG

Next Article Understanding the difference between cultural appropriation and appreciation