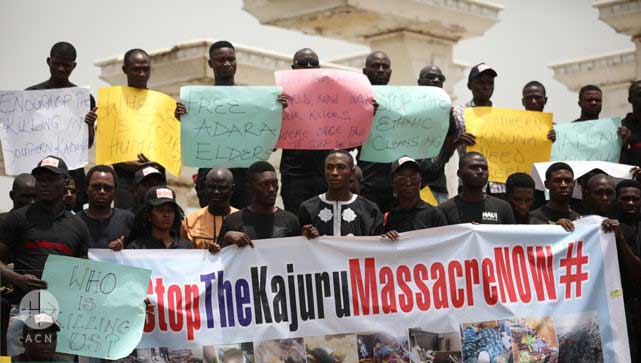 A Cocktail of Violence: Southern Kaduna is More Than a Hashtag

On June 3rd 2020 in the Kajuru Local Government Area of Kaduna State, residents were attacked by herdsmen at around 5AM. Simon*, a lifelong Kaduna resident and social media activist, reported that the attack claimed nine lives, including women and children, with a mass burial arranged for them. According to him also, these were not the only attacks. In May, Punch newspaper reported on the abductions of fifteen people, one of whom was murdered. Over the past few years, there have been many more media reports on violent clashes across certain hotspots in Kaduna State.  Too many lives have been claimed from Chikun to Jema’a, Kafanchan, and Kachia. Simon says, “it is hard not to believe that this is a targeted ethnic cleansing. To put it simply, there is a genocide happening in Southern Kaduna.” A member of the state house of assembly, also co-signs this belief.

For a few weeks in May and June 2020, social media amplified these killings. Consuming in its intensity, the hashtag #SouthernKadunaMassacre evoked fiery emotions from people across Nigeria. Some of the tweets shared photos of mangled dead bodies, others cried out for justice with “stop the killings, stop the evil…our crime is survival, we just want to live”. Many asked “why is our government silent?” To the digital mass, Kaduna State was an intolerable hotbed fuelled by state-sanctioned extermination of Christians by Muslims.

A top official from one of Kaduna state’s largest local government areas describes it this way. “If all you knew about the southern Kaduna clashes were from social media, you would be left with the unwavering belief that there was an active ongoing state-sanctioned  ethnic genocide against the Adara people of Kajuru and the natives of Southern Kaduna as a whole, which is part of a wider Islamisation strategy by the government in power.”

The United States Travel Advisory ranks Nigeria as a Level 3, which translates to a “reconsider travel” warning. For Kaduna state and a few other states, the explicit advice is a “do not travel” due to kidnapping.  It is critical to examine how Kaduna State, one of the most developed parts of Northern Nigeria, the state with the sixth highest internally generated revenue in Q1 of 2020, currently in the thick of a rapid urbanisation project and lauded for some of the most effective governance practices in the country continues to be defined by a culture of insecurity and a taste for needless violence. The iterations have been many, but the state is inexorably linked with communal violence and deaths.

In the case of the current spate of southern Kaduna killings, the precursor began in October 2018, when Agom Adara, the paramount ruler of the Adara speaking people of Kajuru Southern Kaduna was kidnapped and murdered by suspected Fulani kidnappers. According to this online petition, the late chief had died because he protested the abolition of the Adara chiefdom, the second largest in the state which was integrated into the new Kachia Chiefdom and Kajuru Emirate. Meanwhile, the northern Zazzau Emirate, one described as encompassing almost half of Kaduna was left untouched with similar emirates left intact or with minor changes. His death escalated, the beliefs in and beyond Kajuru that he was killed due to the communal crises. The allegations led to reprisal attacks which became the foundation for subsequent reprisal attacks that led all the way the most recent deaths.

The history story of clashes goes far back. For forty years, Kaduna state has been a host to ethnic and religious violence claiming thousands of lives. In 1980, the site was Kasuwan Magani in 1980. In 1987, riots erupted at the College of Education Kafanchan in 1987. In 1992, it was the Zangon Kataf crisis. A particularly bloody Sharia crisis in 2000/2001, then the Miss World riots of 2002. The post-election violence in 2011 all the way to the Adara/Fulani crisis starting in 2016 to date.

Things were not always like this. Tony*, another lifelong Kaduna resident, says that “before 1992, people lived anywhere, safely and happily. But there was an incident, probably a perceived slur from one side to the other. There began a lot of killing, and many families had to move to another part of town where they felt safer, and thus the dividing lines began to appear.”

The state has taken some steps to manage the insecurities. On the grassroots level, it restructured its ties to traditional leadership, renaming areas to reflect geographic domains instead of tribes in order to downplay the indigene-settler identities, and play up citizenship over ethnicity. In 2019, the Office of Riot Damages, Rehabilitation and Resettlement was opened, operating directly under the office of the governor. In 2017, the Kaduna State Peace Commission was established. Its mandate sums to adopting proactive measures to develop and implement strategies to promote peace and harmony, prevent conflict, and mediate disputes at communal and inter-group levels across the state. Across all 23 local government areas, peace committees have been established.

However, state interventions can only go so far in theory. The practice comes with many challenges. Tunde* a member of the State Peace Commission articulated some of the issues prevalent in the state’s strategies. According to him, the fundamental limitation lies in the structural set up. As it stands, most of the structures developed to respond to insecurity are not based on the needs and realities in the affected communities. An absence of political will over many administrations prior has also led to the many attempts for justice by the affected communities go unmet. “The reprisal attacks between the farmer herder communities for instance is often downplayed and to date no person has yet been persecuted for these crimes.” Says Simon. Finally, despite the state’s best efforts, there is often no acknowledgement of harm by the perpetrators of the violence, which has fostered a culture of mutual mistrust.

In addition, violence from other states present new avenues for insecurity. In the past few years, banditry has rapidly escalated in the North-West, some of which has spilled into Kaduna state. According to a staff member at the state ministry for internal security and home affairs “the result is a violent cycle where one attack happens, one side believes it is the other, and lashes out in retribution and continues to go back and forth.” Today, the format primarily takes on the form of the farmer-herdsmen conflict, following the cycle of attacks and reprisal attacks that continue to claim lives ranging from thirty three to fifty one. Every time, the innocent residents of Kaduna pay the price.

The story of Southern Kaduna is more than a hashtag. It is one that centres many stakeholders, victims and perpetrators, placing a state at the centre of a cocktail of social media outrage, ethnic and religious violence, semi-permanent insecurity and the questions of governance. Credit should be given to the initiatives already on ground, but it is important to remember the value in transparency. It is crucial for the state to own is successes as well as its failures. From a point, it is easy to see why the internet cries out for justice. There is a sense of helplessness, when years of mediation and security interventions have not fully curbed the deaths and insecurity. Yet, as citizens, it is also on us to be more discerning with our responses in an age where social media is often weaponised to stir needless righteous anger. In a few days, the cycle of outrage will shift to another target, but the people on ground are real and our perception can many unintended consequences for those having to manage the crisis with more than tweets. To quote top a government aide, “outrage will have you reading from chapter three instead of chapter one.” We must be careful not to normalise this.

How you can help victims of the violence in Kaduna: Donate to Resilient Aid Initiative, an organisation that specialises in assisting internally displaced Nigerians.

*The names of those interviewed have been changed for their protection.

ICYMI: We spoke to some members of the creative community in Kaduna about the ongoing conflict 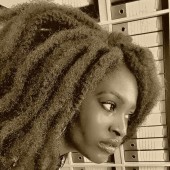