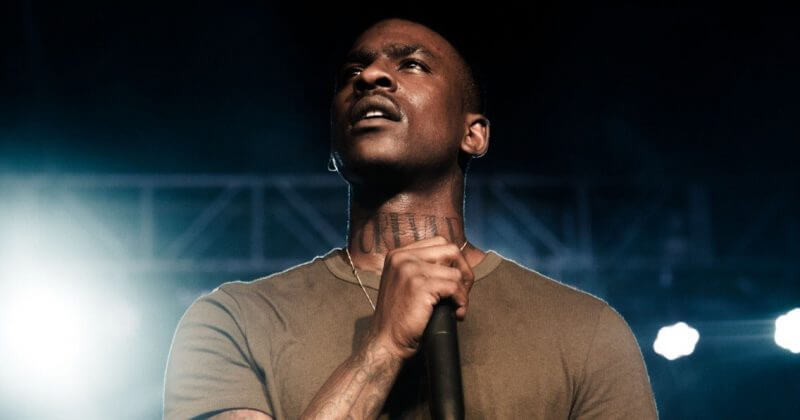 The first time I heard about Detty December, I thought it had to do with the dirt from the harmattan winds. I only found out the festive meaning behind it after I moved to Lagos for my NYSC and realized that when my friends said they were saving up for Detty December, they weren’t talking about getting clothes that don’t stain easily. They were talking about getting their wallets fat enough to indulge in all the partying and festivities that happen in December.

Under normal circumstances, there are lots of fun activities to go to in Lagos all year round like partying, going to music concerts, comedy shows, arcade games houses, movies, and even theatre shows if that’s what you’re into. However, no matter what it is you’re into, the best time to do it is in December. The mood is generally more pleasant at that time of the year as people are in their festive spirit, whipping out a cheerful attitude that they only showed sparingly through the year. You can sense the urge to top whatever festivities they had done the previous year as turn ups get more turnt up as we edge closer to the end of the year.

However, since the coronavirus swept through the unprepared world and hit Nigeria in February, events, parties and shows have gotten derailed as social distancing rules were implemented to prevent the spread of the virus. As a result, it feels almost cruel to reminisce about previous Detty December accomplishments. Initial quarantine laws restricted movement and allowed only essential workers to go out, but lately, the social distancing rules have gotten more relaxed, allowing businesses to resume work while workers wear face masks and maintain social distance. We even had a good laugh on the timeline when the government announced the flimsy 8pm to 6am curfew as a preventive measure to reduce the spread of the virus from the 4th of May. Since then, we’ve seen things gradually go back to normal as restaurant doors were opened and adolescent milestones, weddings, funeral and religious gatherings resumed under the condition that nose masks are worn and the number of participants is restricted.

When corona catches you trying to enter your house at exactly 8:01 pic.twitter.com/Ghy63JQOqk

Sadly because the pandemic has gone on for so long, people seem to be less vigilant and more careless about following the social distancing protocols. The UK is currently experiencing the 2nd wave of the pandemic because of this and as a result, the nation is going into lockdown for the second time. Nigerians have also been encouraged to limit social interactions because according to Buhari, “Our economy is too fragile to bear another round of lockdown”. But will Nigerians give up the treasured end of the year tradition, especially at this time that we need it the most?

Looking at the trends in the other countries, we must do all we can to avert a second wave of Covid-19 in Nigeria. We must make sure that our cases, which have gone down, do not rise again. Our economy is too fragile to bear another round of lockdown.

Fisayo has been indoors since March when the lockdown was first imposed in Lagos. Unlike most people, her job as a writer allows her the privilege of working remotely from home where she lives with her family. However, she admits that she has been out for a wedding party and a sleep over party since the lockdown started. Our basic human need for connection and intimacy can only be suppressed for so long before we eventually seek out social interactions.

For Ice who also spoke with us about the pandemic’s effect on his partying lifestyle, staying at home during the quarantine was insane and he was happy when things started to open up. “I’ve been to a couple of parties. Not the regular Lagos parties though cause people are still scared and observing the situation of things. But people still come out and have fun. It’s just not as crowded as it used to be.”

The risk of getting the virus is reduced by following safety regulations like wearing face masks in public gatherings, keep good hand hygiene and social distancing. However, that’s easier said than done as 63,328 cases of COVID-19 have been already been reported in Nigeria and we anticipate that those numbers will spike as we approach the end of the year. Young Nigerians spent most part of last month outside, protesting for an end to the SARS unit of the Nigerian police force and police brutality. While our reasons for breaking the social distancing laws were noble and urgent, it has increased the risk of a second wave of the pandemic in Nigeria and especially in Lagos, where December tends to get dirtiest.

Toyosi isn’t optimistic that there won’t be a second lockdown and has gone ahead to enjoy the freedom she has while she can still go out. “I actually haven’t partied partied, just a sprinkle of house parties and beach parties and tbh, zero social distancing; Everybody sharing blunts. Fortunately, I haven’t (and wouldn’t in Jesus Name) caught the Rona.” For Ifeanyi Chuku who also spoke with us about coping with the lockdown, she too has tried and failed at social distancing while out at an event that held in Lagos in October. “At first everyone was wearing their masks, you know, Covids still outside. But then when it came time for that mosh pit, everyone’s masks were off.”

The big concepts that have become synonymous with December festivities in Lagos are unlikely to hold this year due to the social distancing restriction. And though we expect that virtual concerts—like we saw from artists like Asa, Johnny Drille, and others who invited fans into her homes for their live-streamed concerts—will replace the regular December shows, the music concert experience isn’t quite the same when you’re not half focused on the performance and half trying not to lose your shoes and other valuables in a moshpit of fans. Though we’re looking forward to making the most of the anticipated virtual shows and live performances, it might be best to keep a hold on any lofty expectation because of the unreliable state of internet access in Nigeria.

All indicators point at partying conditions being less than ideal and for some, the 208 recorded Covid-19 deaths in Lagos already, 1,151 deaths in the whole country as well as the widespread unrest and protests around the world might make it difficult to even think about partying in these uncertain times.

Regardless, lots of Nigerians traditionally travel to congregate with their loved ones in December and though this is our first December holiday since the pandemic hit, we bet that that urge still persists. Fisayo told us she had a family party at home last December which involved her nuclear and extended family. She believes the party will still hold this year as it’s an annual tradition but she won’t be around for it because she plans to travel to America in December.

Ice also plans to spend time with his family during the December holidays since he’s been working through the year. “I have plans to go out of the country but we’re in very usually time so it’s hard to say for sure. I really don’t know what to expect yet. Usually, I have a couple of friends who come into the country from London and it’s always fun but since there’s a lockdown in London, I doubt if there’d be able to come to Nigeria for this December.” Ifeanyi Chuku also shares Ice’s uncertainty as she told us that she has no plans and will be going with the wind.

Judging by London’s second wave lockdown, there aren’t likely to be many IJGB(I Just Got Back)s from London this December and they were a major part of the allure of Detty December. The social distancing laws are also likely to get more strict in December and we’d appeal to everyone to follow the social distancing laws so we can beat the pandemic and go back to celebrating our favorite holiday. Even hearing bangers and fireworks going off have lost its appeal after we’ve gotten so traumatised by all that gun violence from the #EndSARS movement.

Next Article The significance of Drake listening to Oxlade