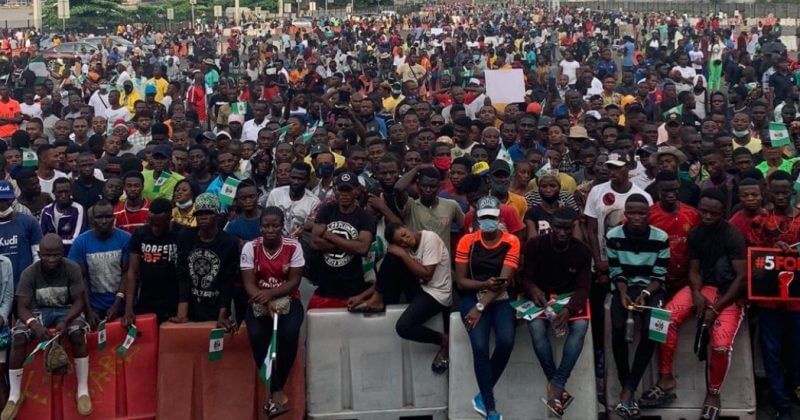 Until now, the reports from the horrific attacks that took place across Lagos state last week were met with speculation from the Nigerian Armed Forces and State and Federal Governments alike. For us tuned into social media, we watched in real-time how the events that occurred leading to the death of Nigerian citizens happened. On the evening of October 20, 2020, a curfew was announced, instructing Lagosians to return to their respective homes by 4pm, and young Nigerians, in bravery, organised demonstrations at the Lekki toll, Mushin, and other areas around Lagos. That evening, as the military mobilised across Lagos Stat, the lowest and most harrowing form of targeted violence on Nigerian citizens took place that day, and, until now, no one has taken responsibility.

The Lagos State Governor, Babajide Sanwo-Olu had previously announced that “forces beyond [his] direct control” were responsible for last Tuesday’s brutal attack even going as far as to claim no lives were lost on national tv, implying that the video evidence we all saw via live-stream were doctored. Nigerians have been angry and reasonably so, both the Nigerian Army and the Lagos State government have asserted that the videos we saw were “fake news”, a distressing denial considering social media is rife with Nigerians sending out missing posters for their loved ones last seen at the toll gate.

The governor of Lagos state Babajide Sanwo-Olu tells @BeckyCNN who ordered peaceful protesters to be shot. He says he believes there will be ‘genuine reforms’ of police following #EndSARS protests pic.twitter.com/Ww9wZi7Mio

Days ago, footage of a conversation between Governor Sanwo-Olu and CNN news reporter, Becky Anderson surfaced on social media where the governor was confronted once again with questions about the lives lost last Tuesday, and the army’s involvement in the attacks. In the interview, the governor said, from the footage that we could see, it is military officers who descended upon the toll gate for the attack, and that CCTV from the site would be part of the evidence put forward in the investigation held by the judicial panel. This was the first time that the governor recognised the footage that we had all witnessed, and it seemed like continued international coverage and protests had played a huge part in the mounting of pressure on the Nigerian government.

The Nigerian army has now announced that they were acting in compliance with an order to ensure compliance with the curfew set in place by the Lagos State Government. In a statement by the Acting Deputy Director, 81 Division Army Public Relations, Major Osoba Olaniyi, the Division explained that the intervention of the soldiers was on the request of Governor Sanwo-Olu. He said:

“The attention of Headquarters 81 Division of the Nigerian Army has been drawn to a viral video on social media in which it was alleged that civilians protesters were massacred by soldiers at the Lekki Toll plaza. This allegation is untrue, unfounded and aimed at causing anarchy in the country. At no time did soldiers of the Nigerian Army open fire on any civilian.

From the onset of the EndSARS protest, there was no time personnel of 81 Division Nigerian Army, Lagos was involved. However, the decision to call in the Military was taken by the Lagos State Government after a 24-hour curfew was imposed. This was as a result of the violence which led to several police stations being burnt, policemen killed, suspects in police custody released and weapons carted away”.

The Lagos State governor is yet to address the new allegations before him.

Currently, judicial panels are ongoing to investigate accusation from survivors of SARS-related abuses and those with valid complaints from the Lekki toll gate. You can register your complaints here.

ICYMI: Here’s what we know about the judicial panels