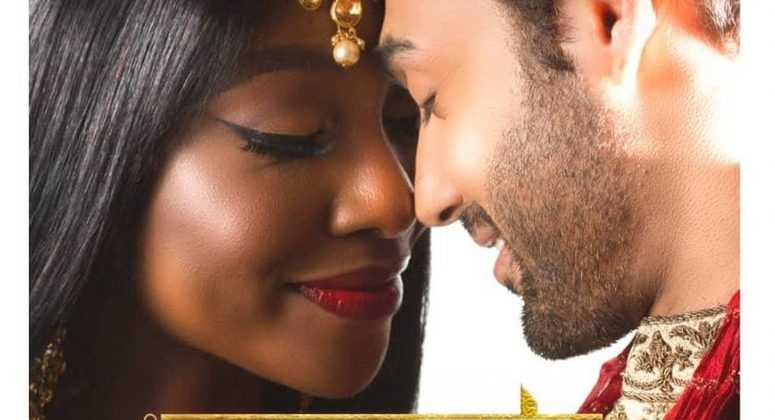 Earlier today, the Twitter streets were lit with the news of an upcoming Nollywood/Bollywood collaborative film. The film, titled “Namaste Wahala”, was first announced in Late January by the producer/director, Hamisha Daryani Ahuja, however, the news went viral after it was posted by photographer Yagazie Emezi.

The poster was also shared by the film’s leading actress, Ini Dima-Okojie, extra confirmation that “Namaste Wahala” is coming soon, and we’re lowkey excited for it.

Over the years, Bollywood pictures have gained popularity in Nigeria, given the cultural similarities between the countries. Reports state that in Kano for instance, Indian films are shown pretty much every night in cinemas and remain among the most popular of TV programs. Currently, the leading broadcast cable stations, DSTV and GOtv, offer an entirely Bollywood-dedicated channel, Zee World, which has become a hit station amongst Nigerian subscribers.

Due to the films’ relatable plots which focus on family, romance and friendships, as well as the presence of elaborate costumes and dance moves, many Nigerians enjoy Bollywood films. In addition, they often offer a similar flavour of drama-driven entertainment, which is the hallmark of many Nollywood films, and with this “Namaste Wahala” will most likely be a box office hit when it comes out cinemas from April 22.

In the Facebook post announcing the film, first time director Hamisha Daryani Ahuja stated, “Namaste Wahala is a story of love, romance and family set over two diverse and rich cultures”. To bring the project to life, she’s tapped some of the biggest names in Nollywood, including the aforementioned Ini Dima-Okojie, Richard Mofe-Damijo, Joke Silva, Osas Ighodaro, Ibrahim Suleiman and more.

We’ll be on the look out for a trailer, and until then, check out the poster here.

ICYMI: THERE’S A REMAKE OF NOLLYWOOD CLASSIC “GLAMOUR GIRLS” IN THE WORKS