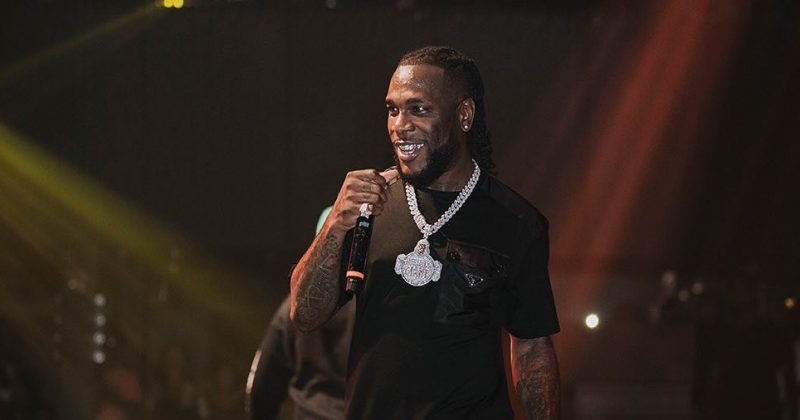 Being a celebrity must be difficult. Sure, celebrities live the kind of lavish lifestyle many can only dream of, putting them in a somewhat rarefied plane of existence, which places a weight of expectations on them because of their fame. By virtue of their popularity, everything a celebrity says or does is amplified according to their degree of fame, intentionally or unintentionally creating an avenue for the public scrutinise their every move.

The fundamental issue with this culture is that we often unknowingly hold celebrities to standards that are guided by our own personal ideals. In doing this, we forget that celebrities are not superheros, but are just human beings themselves. As ridiculous as they might be, they’re also entitled to their own ideals,  so when they air out opinions and act in ways we disagree with, we become disappointed—and even disoriented. We would like for all of our celebrities to be as woke and helpful to society as some of them are, however, the bitter truth is that just because a person is popular doesn’t mean they have to – and will always – be right.

Prior to the social media age, the pubic could only glimpse at the lives of celebrities through TV interviews, magazine stories and other pre-digital age media sources. These days, we have 280 characters on Twitter, Instagram live videos and much more to gain direct access, which means we can find out what they think about any and everything, as long as they just say it. With these barriers out of the way, we start to realise that popular people who we expect more from can conflict with our perspectives, and they can be completely wrong, painfully ignorant and wilfully arrogant about the wrongness – just like normal human beings usually are.

Earlier this month, Funke Akindele was fined for flouting the regulations of the lockdown by hosting a birthday party for her husband, JJC Skillz. A few weeks before, Funke Akindele had appeared in a PSA by the Nigerian Centre for Disease Control, urging people to take necessary precautions during this period, so it was disheartening to many that she was a part of those who aren’t being cautious.

When you consider that Naira Marley, the man currently revolutionising Stan culture was a part of the gathering, it wasn’t unexpected that there would be people who didn’t see what all the outrage was about. However, it was shocking to most that one of such people was Burna Boy. In a video uploaded to his IG live, the singer castigated Nigerian youth on social media, saying that the energy they’re using to come for Funke Akindele—“a woman who works for her money”—would have been better directed at Nigeria’s corrupt and inept politicians.

Relativity politics aside, it’s not difficult to see how off the mark Burna’s comments were, but looking at it as the rant of someone with allegiances makes it easier to understand his motivation. I’m not saying Burna is right, not even remotely, it’s just that, similarly to everyone else, the opinions and actions of celebrities are informed by their personal biases. With this realisation, we can better temper our expectations of popular people in society.

With life being drastically altered and celebrities looking to corner our attentions through social media, this lockdown period has served to exacerbate the fact that popularity doesn’t equate to faultless—and it’s not limited to Nigerian celebs. A few days ago, during her first show from home, Ellen DeGeneres compared quarantine to being like living in jail. Here is someone, known for bringing smiles to the faces of many via her long-running daytime show and general philanthropy, making an insensitive joke/parallel at the expense of incarcerated people. This abhorrent comparison doesn’t automatically make Ellen a terrible person, but you can see why a privileged white person would say such a thing – again, not condoning, just breaking it down.

I don’t rate Nigerian celebrities enough to be annoyed or insulted by their comments.

Usually, when celebrities go out of pocket with their opinions, many people advise them to keep quiet, and are sometimes rude about it, which isn’t really fair, ‘cause they’re people too. As much as they might say and do a lot of flagrant things, celebrities, much like the rest of us, reserve the right to express themselves freely. It’s then up to those paying attention and who care enough to express their dissatisfaction.

However, feeling disappointed is the effect of placing a popular person on a pedestal. We shouldn’t be looking to other people to form our own ideals, or to support them, and it’s not a celebrity’s job to pass social commentary. While it is okay to expect celebrities to use their platforms correctly—with power comes responsibility, etc.—it’s also important to understand that they’re not all-knowing, so it makes little sense to expect that they will always say and do the right thing.

Next Article For the Girls: How multi-faceted artist, AMKMQ is redefining purity politics for West African women