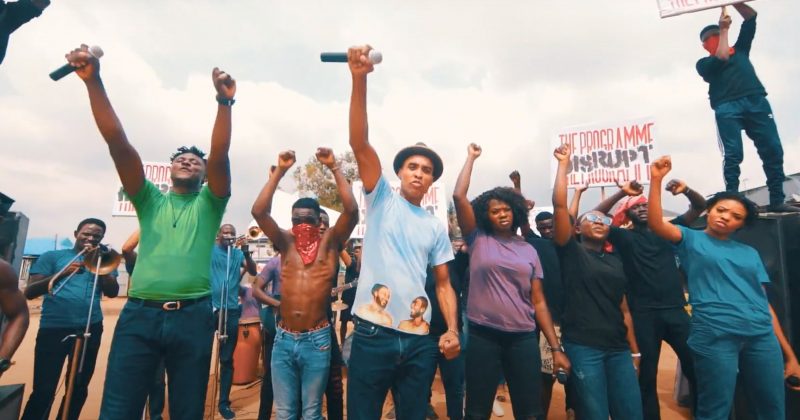 Bantu send a timely message with their latest release, “Disrupt The Programme”

Any member of an oppressed or marginalised group in society knows that to be set free, you must fight for it. For as long as the nation has existed, Nigeria has proven to an inhospitable environment for inhabitants, and the situation is either getting worse, or the people are just more hip to it.

Music has always been a means to pass social commentary, and over the years artists haven’t shied away from doing so. Subject matter, however, makes all the difference, and Bantu have returned with a bolshy new track to drive this message home, “Disrupt The Programme”.

I'm excited to be sharing the artwork of our first single with you. “Disrupt The Programme” is a call to action against a government and system that has created an atmosphere of fear and terror where insurgency, kidnappings, corruption, criminalization of poverty and blatant abuse of power has become our normal. In a country where those who dare speak out and demand for change are bundled out of their homes with total disregard for the rule of law we have no choice but to "Disrupt The Programme". You can Pre-save the track on your favourite streaming service via the link in my bio. Cover artwork by @damola.shonubi #disrupttheprogramme #dtp #7daystogo #bantu #everybodygetagenda #bantucrew

This year alone, the government has tried the people several times, and we’ve had a series of unfortunate events from the sudden Keke and Okada ban in Lagos to the proposal of the social media bill. Currently, there’s uproar all over the country, and we’ve had increased rates of robbing and looting thanks to the lack of a contingency for those who live hand to mouth in the face of the pandemic.

This is what makes Bantu’s recently released song, “Disrupt The Programme” so important, as it encourages young Nigerian to speak up against the injustice in a bid to create a better country for us to live in. The horn-driven song tackles the many incidents from insurgency and kidnapping to corruption and vote rigging with a sonic urgency and unyielding determination in stark contrast from some of the common themes in contemporary music.

Speaking about the song, the band’s frontman, Ade Bantu told The NATIVE:

“The freedom of expression, the right to protest and peaceful assembly is being threatened in Nigeria. ‘Disrupt the Programme’ reminds us that in the face of social and political injustice, we cannot afford to be silent. We must speak up and let our voices be heard. We must disrupt the programme”