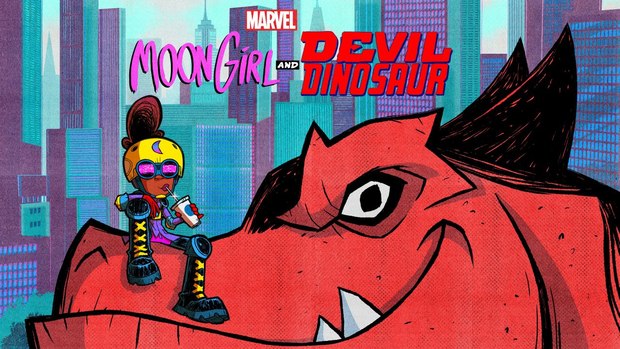 Black characters have been surfacing in the Marvel Cinematic Universe, on screen and in print for years. The success of the Black Panther movie sparked the exploration into Afro-futuristic art styles and narratives. The black female representation in the MCU has been short of a female lead character on screen, although these characters exist in print. Laurence Fishburne, the actor exec, is currently in works to change this.

It has now been confirmed that the Marvel comic, “Moon Girl and Devil Dinosaur” is coming to our screens through the popular children network, Disney Channel. Written in 2015, the story follows African-American super-genius Lunella Lafayette and her T-Rex, Devil Dinosaur. Luna mistakenly brings the dinosaur into New York with a time vortex; the two team up to protect the city’s Lower East Side from the bad guys.