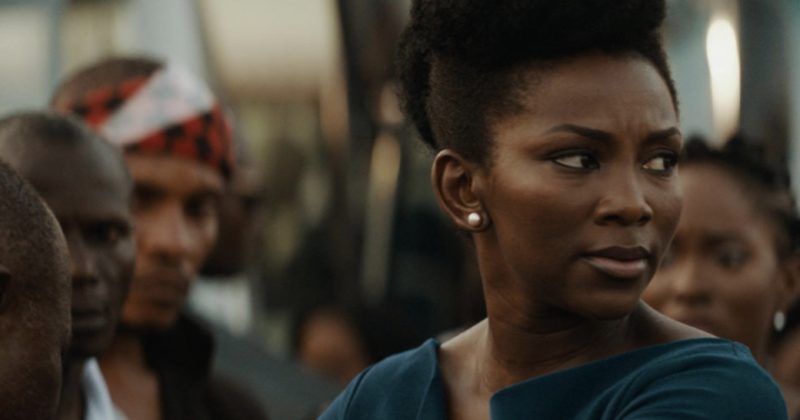 ‘Lionheart’s’ disqualification from the Oscars sparks debate on category classifications

Genevieve Nnaji made a big mark on the industry with  her directorial debut, ‘Lionheart’. The film became the first of a slew of Nollywood movies to appear on Netflix’s vast film catalogue earlier this year, and then also went on to became Nigeria’s first-ever entry for the 2020 Oscars in the Best International Feature Film category.

The Oscars Academy has now announced that Nigeria’s entry ‘Lionheart’ has been disqualified from competing in this category, as it doesn’t use an indigenous language and is mostly in English. Following this announcement, many disgruntled Nigerians have taken to social media to debate the film’s ineligibility.

Many think the Oscars criteria selection is a bit suspect, given that it had already faced previous backlash for favouring more white leaning films. Others elsewhere, are calling for a new category, because a vast majority of overseas films are slumped into one category which automatically excludes regular films from outside the West.

To @TheAcademy, You disqualified Nigeria’s first-ever submission for Best International Feature because its in English. But English is the official language of Nigeria. Are you barring this country from ever competing for an Oscar in its official language? https://t.co/X3EGb01tPF

The film’s director, Genevieve Nnaji and award-winning filmmaker, Ava DuVernay, both spoke out about the Academy’s disqualification of ‘Lionheart’.

Nigeria’s official language is English, and this acts to wage the gap between the 500+ languages spoken in the country. The decision to speak predominantly the English language in ‘Lionheart’, as opposed to the Igbo language, is representative of Nigeria as a country, and that has been the case since we were colonised. This is the present reality of the country, a blending of vernacular mother tongues and English, which ‘Lionheart’ accurately represents.

1/1 1/2 Thank you so much @ava❤️.
I am the director of Lionheart. This movie represents the way we speak as Nigerians. This includes English which acts as a bridge between the 500+ languages spoken in our country; thereby making us #OneNigeria. @TheAcademy https://t.co/LMfWDDNV3e

2/2 It’s no different to how French connects communities in former French colonies. We did not choose who colonized us. As ever, this film and many like it, is proudly Nigerian. @TheAcademy https://t.co/LMfWDDNV3e

Given this, the frustration is understandable, however, the fact still remains that the category has its requirements for eligibility, and up until this year was originally named Best Foreign Film. This blanket criteria covers all countries submitting in this category and as it has been a long-standing one.

The selection committee for Nigeria’s submission was formed in 2014, giving ample time for a suitable movie that fits into the category’s requirements to be put forward. ‘Lionheart’ is an undisputedly good  film, and should the Oscars have really considered it, we would have broken record as one of the 29 films submitted in this category that were directed women. While its disqualification must hurt, we should have been more thorough researching what the criteria is before submitting the film.