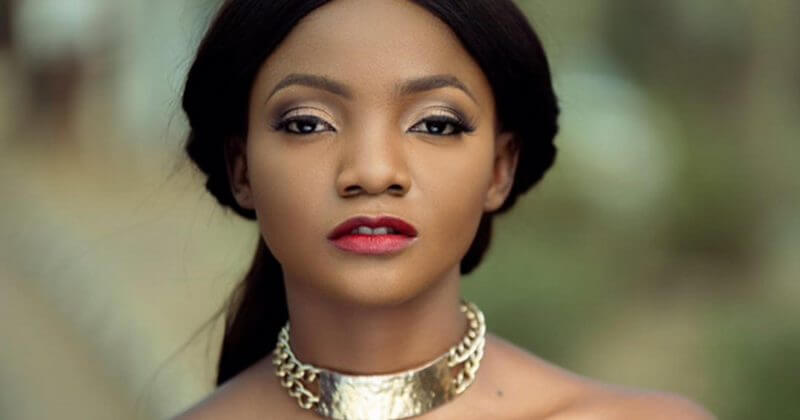 The Notes app on the iPhone has sure seen a lot; shopping lists, brainstorms for potential songs, premeditated essays to friends during a fallout, and most notoriously the celebrity apology. Sharing a screenshot from her notes yesterday, Simi is the latest Nigerian celebrity to open up that yellow and white in-built feature in response to social media backlash.

Simi’s apology addresses her homophobic remarks made on a now-deleted episode of ‘Stoopid Sessions‘, her sporadic Youtube talk show.  Joined by friends in the industry, including producer Sess, the episode saw the panel dig into what dating is like amongst millennials, which quickly turned into their expressing their offensive misconception that homosexuality is a sin. Even sharing laughs over people’s existence, in the distasteful video Simi professed that homosexuality “does not seem natural” to her, and when challenged by Sess, the only reasonable panelist on the episode, she attempted to legitimise her unsolicited take, saying: “It’s not only things that affect us that we’re uncomfortable with.”

Months after the late March incident, Simi is now apologising to the LGBTQ+ community for “carelessly and casually” speaking on a topic that is “a matter of life and death for many” – and therefore not a talk show talking point. Admitting wrongdoing, promising she’s learning (and by inference improving?), and claiming to be humbled by the terrifying news of someone almost being killed for their sexuality, Simi delivered a convincing apology for which she was readily applauded.

However, some people just weren’t convinced. And as events unfold today, it’s becoming clearer and clearer that Simi’s apology, like all public statements from celebrity figures who are all invariably trying to maintain their status as celebrities, should be gazed upon through a critical lens.

Thanks to the character limit on Twitter and users’ preference to read posts rather than captions on Instagram, screenshotted Notes apologies shared through social media have become the prominent way in which celebrities take accountability for their publicly displeasing actions. With the direct access these media afford us, celebrities no longer have to seek out an interview in order to make their apologetic nature known; now our favourite stars are able to bear their hearts on one of the most private iPhone utilities and then share that with the world on their own terms, unadulterated by a certain publication’s agendas or your PR person’s well-trained spin. Notes apologies are intended to be personal, not a contrived public statement, but an actual heartfelt message scribbled down in an apologetic haze, however more and more people are calling bullshit on this practice, cynically viewing it just another publicity stunt to appease the masses.

Coincidence ? How convenient is it that when Simi gave her apology, Adekunle Gold is in a magazine centered around queer creatives ? pic.twitter.com/NgZCOXJSq8

Now, from reading her statement, there is no doubt in my mind that Simi feels apologetic for the things she said, and distressed at the way in which the queer community is treated. Naturally, these are feelings she would want to share with the public, as she does so much of her life, however, multiple other motives for releasing this apology could also exist – not negating her apology but rather giving us a critical understanding of it. The same goes for other celebrity apologies. Of course, remorsefulness is palpable in most apologies, but what also exists is an evident desperation not to be ‘cancelled’, a rushed bid to ensure that the general public stays on side so that brands, collaborators, labels and the money machines don’t pull out their investment in said celebrity (or in Simi’s case, rather unusually, her husband).

Simi’s apology came just a day after her husband, Adekunle Gold was called out for attempting to appear relatable to the queer community – following a feature on queer magazine, QUAZAR just a few hours before Simi’s note – whilst living at home with an openly homophobic person. What was touted as an impressive product of introspective self-critique starts to look a little more strategic when considering the fact that Adekunle Gold is promoting his forthcoming album, ‘Afropop Vol 1.‘, recently releasing its tracklist, and could do with as little flack from the general public as possible, especially from the queer community who are famously influential in the making of stars in the US. This has all been noted with warranted scrutiny from Twitter users, and resulted in QUAZAR Magazine pulling Adekunle Gold’s campaign from their page – which Adekunle Gold stated, in his own public apology (not via the Notes app), was as a result of social media bullying.

Claiming that Simi had no prior knowledge of his QUAZAR interview, and therefore affirming that the timing of her apology was purely coincidental, Adekunle Gold made it known that he does not support hatefulness, he does not “agree with homophobic behaviour in any sense”, and that he is “cool with every human being: “I love all my fans regardless of who they love or what they identify with.”

All but condemning his wife’s actions, Adekunle Gold making a point of denouncing queer discrimination, raises another questionable aspect Simi’s initial apology: that it focussed more on the fact that she shouldn’t have made those remarks than any acknowledgement of her homophobia, indicating, by inference, that she likely still considers the latter to be an ‘opinion’ to which she has a right. Granted, this might not be the case, but an apology that doesn’t make that clear is simply not an apology for being unapologetically homophobic. Whilst I am glad that many have found it in their hearts to forgive her, I can also relate to the many others who found it eye-rolling content and condemned it to the trash where all the other celebrity boohoos reside.

From what I have learned from my minimal years on this planet, apologies do very little for the person to whom you’re apologising, what really matters is that you are remorseful in your approach henceforth. What Simi, Adekunle Gold and other celebrities could do to actually convince us that they’re truly sorry and not scrambling to maintain their status, is step away from the Notes app, leave behind their thirst for public approval and actually work on the criticisms they’ve received, becoming the most authentic version of themselves, fans be damned!

But to paraphrase the great prophet Naira Marley, am just finking, mo kan suggest ni (or however that meme goes).