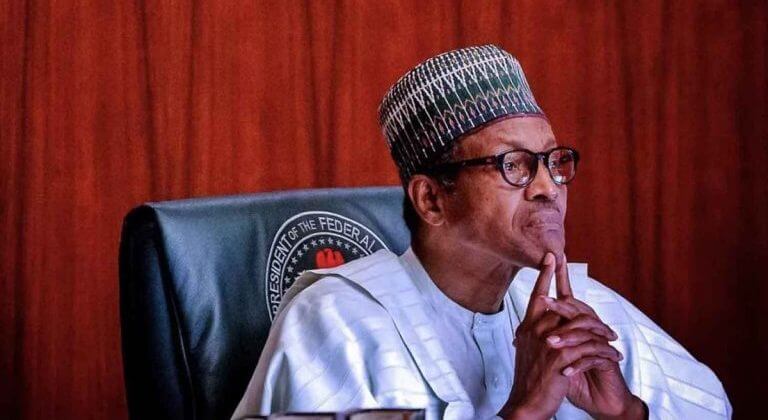 On October 11, 2020, the Inspector General of Police, Mohammed Adamu, announced the disbandment of the Special Anti-Robbery Squad (SARS). Ordinarily, this would be regarded as a positive step by the Nigerian Youth who had started protesting against the infamous, rogue unit, but that declaration rang hollow, since this was the third time in four years the same declaration had been made to no lasting effect.

This time around, an audio ban wasn’t going to assuage the agitations of young Nigerians. Protests against police brutality continued, and along came a list of demands describing the steps the youth would like to see, in order to truly indicate the end of SARS and the beginning of wholesome police reforms that won’t put us in danger. A big part of the fight has been emphasis on decentralisation, with no one claiming to be the arrowhead and every campaigner being regarded as a leader in the push for a better police system.

Democracy is not an event that ends in elections. Democracy is a process that includes debates, protest and accountability.

We MUST ensure that #Nigeria becomes a democracy starting with achieving #EndSARS and ensuring that those behind the #LekkiMassacre are brought to justice!

At every single turn in this fight, government officials and detractors have made it a duty to reiterate that leadership figures were needed to further dialogue. This rhetoric, along with constant demands for protests to cease, became their go-to comments, despite the fact that the Nigerian youth populace had made their demands clear, in elaborate terms and would settle for no less. For many, the emphasis on specific leaders is a ploy to undermine the potency of the leaderless movement against police brutality.

Despite the stated intentions, many have inferred that there are two different, yet, equally sinister reasons behind the pressure to identify leaders: to win those leaders over through bribes, or target them for harassment. The Nigerian government seems to be giving credence to the latter inference. Yesterday evening, news filtered through that the State Security Service prevented Modupe Odele from flying out of the country. An affiliate of the Feminist Coalition and a lawyer who has been instrumental with coordinating legal services during the protests, Ms. Odele emerged as one of the more popular figures in the #EndSARS protests.

In a newsletter she shared with select acquaintances, Ms. Odele alleged that the SSS seized her passport, as she was trying to exit the country for a vacation trip, even though the seizure is unlawful. The newsletter has not been widely shared on social media, based on a request from Ms. Odele herself to the recipients. According to news publication, People’s Gazette, this prevention of international travel isn’t novel, with a source claiming that as many as six people have been stopped from travelling out of the country in the last week.

All Moe did was provide legal, financial and medical support to victims of Police brutality during a protest against Police brutality. In what world is this a crime? Why is she being persecuted? #FreeMoeSexy

According to the People’s Gazette, the federal government has begun compiling a no-fly list of hundreds of popular participants in the #EndSARS protests, bizarrely viewing these Nigerian citizens as threats to national security. “We want to be sure of the real motive of those who led the protests and raised money. We suspect some people might have played subversive roles in the suspicious campaign against the government”, a senior official at the Ministry of Interior allegedly told the People’s Gazette.

As the #EndSARS protests gained more momentum and became increasingly organised, the government has targeted those involved in organising, especially the Feminist Coalition. In the middle of demonstrations, the Central Bank of Nigeria allegedly froze the donation links set up by the coalition, temporarily restricting the flow of funds that were crowd-sourced for the support of protesters. This instance, along with the alleged no-fly list, shows the real intent behind the government’s need to identify leaders, and it also indicates that the powers that be are embarrassed by the vitality of the protests and the unyielding calls for an end to police brutality.

The quoted statement by the senior interior ministry official shows one of the tactics the government is trying to use in invalidating the protests. In saying that they’re trying to be sure of the real motive behind the demonstrations, the government is trivialising the agitations of young Nigerian, by trying to frame the protests as a Trojan horse for a politically-driven movement, when it is very glaringly a human rights issue. By focusing on the idea that the protests were a subversive avenue to undermine the current administration, it shows just how little the Nigerian government cares about the voices of its citizens.

"The need to regulate social media has become more than necessary. Our influencers must be brought to book." pic.twitter.com/CDF7MS15OR

To further entrench its agenda of trivialising the issues raised by its citizens, it appears that the government is trying to present social media as the public enemy. In the past few weeks, officials from various tiers of government have called for the “regulation” of social media, claiming that it is largely responsible for inciting violence. In a series of videos from sittings at the Lagos State House of Assembly, state lawmakers took turns regurgitating rhetorics on the spread of misinformation via social media, with each person devolving into annoying statements concerning the Nigerian youth.

Speaker, Mudashiru Obasa led a minute of silence for the lives lost during the period of the protests, but made it a point to openly omit “miscreants”, ostensibly referring to protesters who died from state-sponsored brutality. Desmond Elliot, representing Surulere constituency, repeatedly referred to young Nigerians as “children” in his nonsensical rant on why social media should only be a tool for spreading positive information. Mojisola Allison-Macaulay, representing Amuwo-Odofin, claimed that most Nigerian youth were always high from constant drug use and only used social media for illicit activities.

Just yesterday, governors, traditional leaders and prominent clerics from the northern parts of Nigeria met, but rather than discuss the banditry that has been plaguing the region for years, they used the meeting to recommend that social media be regulated. In the communique adopted by the gathering and subsequently leaked to social media, they commended the president for being proactive in addressing issues of the #EndSARS protests, while also calling for “major control mechanism and censorship of the social media practice”, due to its “devastating effect in the spread of fake news”. 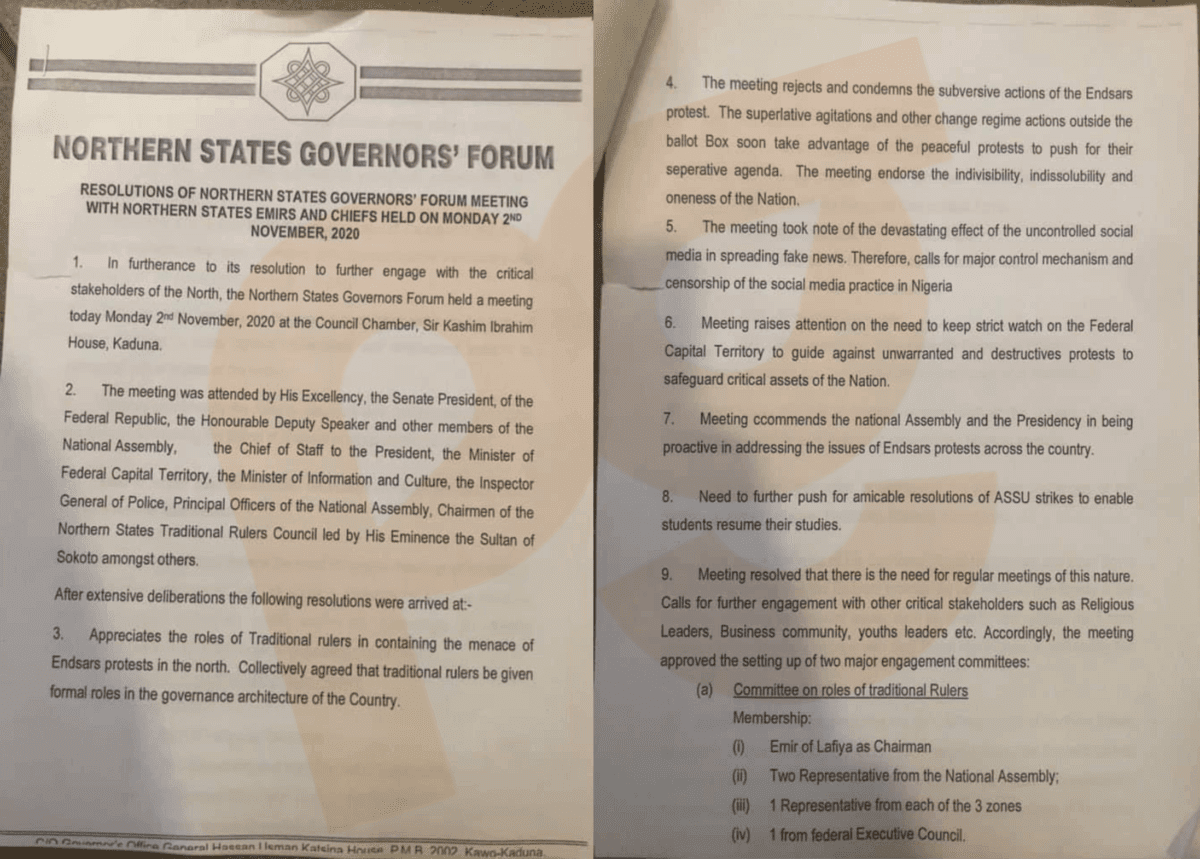 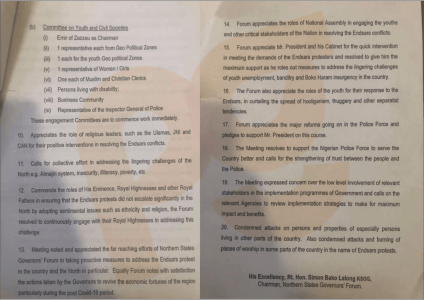 The topic of regulating social media is far from new, but the fact that it’s gaining renewed momentum indicates the government’s seriousness with censoring the words of its citizens, under the guise of stemming fake news. In November 2019, a bill to regulate social media passed its second reading in the senate. Officially titled “Protection from Internet Falsehoods and Manipulations and other Related Matters Bill 2019”, the bill is sponsored by Senator Muhammad Sani Musa, representing Niger State East senatorial, and has garnered criticisms from large sections of the populace.

In March, the bill seemed to have been dealt a death blow, while Senator Musa attempted to defend the bill during its public hearing. In three hours of testimonies, civil society organisations, government agencies and private citizens vehemently stood against the bill, with the Supreme Council for Islamic affairs and Nigerian Army being the only supporters. With this turn of events, it was widely expected that the bill will be totally dumped, however, with this rejuvenated support across all tiers of government, there’s the possibility that there will be an even stronger push for the bill to be enacted into law.

Even though it’s disappointing and very frustrating, none of these tactics are surprising. For simply demanding the basic right to live freely and peacefully, without the fear of being physically abused and killed by the police, the Nigerian government has responded with brutality, half gestures and infringing on people’s rights, with the potential to take away even more rights. By focusing their energy on far removed issues that many young Nigerians are opposed to, the government is exhibiting an insensitivity that adds even more doubt to their already tenuous commitment to ending police brutality and effecting lasting police reforms.

.@dennisadepeter is a staff writer at the NATIVE

ICYMI: THE FIGHT TO #ENDSARS IS REALLY A FIGHT TO FIX THE NIGERIAN SYSTEM