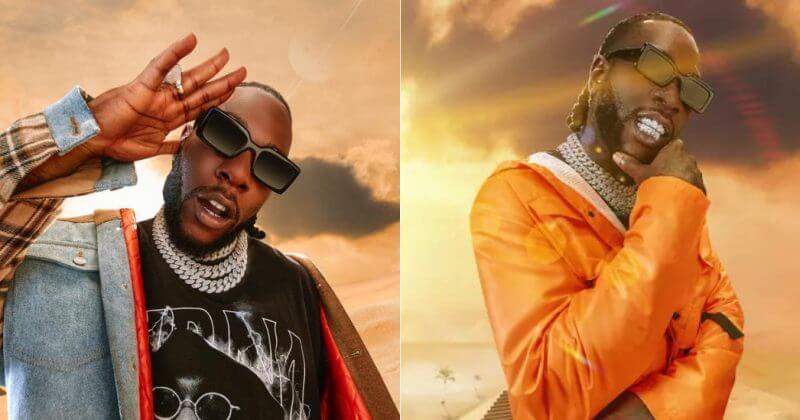 How fashion could greater influence the music industry in Nigeria

Back in 2018, when Wizkid casually strutted down the runways of Milan, clad in a gold-studded ski mask and embroidered jacket for Dolce & Gabbana, a part of me couldn’t help but wish that he had made this remarkable debut for a Nigerian brand. Growing up, you’ll probably remember watching your favourite music videos on MTV and catching glimpses of your favourite artists adorned in luxury brands and designer items while toasting to the good life. It was commonplace – and it still is – for artists to use their music to brag about their successes or rap about their ambitious hustle in opulent fashion; luxury and wealth are ingrained in the fabric of music, particularly within the hip-hop community.

Over the past few years, many luxury brands have featured artists in their advertisement campaigns and in turn, been given branded product placement in artist’s videos or social media. Many rappers realised the power of personal branding which means something more important than a T-shirt, baggy jeans, or a tracksuit. Branded product placement within rap music and fashion became a means of expression for those who wanted to flex their newfound success and comfort of their celebrity lifestyle, and in essence, brag about their wealth.

Whether it’s Jay-Z assembling the rich and wealthy in “Roc Boys” or Lil Kim setting the coloured Versace hair trend in motion, or even Nicki Minaj forming an exclusive collection with the designer brand, Fendi following her famous “fendi prints on” line from her 2018 release “Chun-Li”, artists quickly became tastemakers for an entire generation. Brands also saw an avenue to capitalise on artists’ influence, a collaboration that in turn helped these artists improve their streaming numbers if the collection was tied to an album or song release.

Music and fashion have been inextricably linked over the decades, but here in Nigeria, the links between the two have always been somewhat tenuous. When hip-hop made its entry into the Nigerian shores, back in the ’80s and ’90s, rappers wholly adopted the American ‘90s hip-hop culture, donning baggy shirts, jeans, and dungarees inspired by the tastes of the musicians they were watching from the West. Given that the order of the day was a wholesale adoption of Black American hip-hop culture, there was no embrace of the fashion houses that were in existence in Nigeria at that time.

The rise of afropop acts like Wizkid, Tiwa Savage, Burna Boy, Yemi Alade, Davido, and more, at the turn of the decade, saw partnerships bloom with banks, telecom providers, and multinational brands as businesses were keen to partner with these promising acts who were amassing cult followings through the burgeoning afropop genre. But despite the buzz these artists were generating, the fashion industry – which was marred by its own problems, such as funding, and as such had very little understanding or appreciation of African artists and how to capitalise on their growing success – was left out of the collaborative promotion process.

The lack of structure plaguing the fashion and entertainment industries has meant that verifiable data is hard to come by and, without data, it becomes difficult to prove that clothing brand collaborations, international or local, will bear tangible fruit for both the artist and the brand. Take, for example, the 2018 spat between Nicki Minaj and Travis Scott where his ‘Astroworld’ album beat Nicki Minaj’s ‘Queen’ to Number One on the coveted Billboard 200 charts, with help from a generous assortment of merchandise bundles – T-shirts, hats or hoodies, digital downloads, pre-sale concert tickets, and more. Minaj complained that Billboard should change its rules concerning counting albums sold within merch and ticket bundles because of its role in boosting chart position and revenue for the artist. Her concern was not unfounded, and showed just how much the fashion industry and the music industry work hand in hand to promote sales and revenue for artists.

Here in Nigeria, we seem to only just be wisening up to this, delayed, as usual, by infrastructural issues: There no a verifiable one-stop-shop for accounting for music streams across all DSPs in Nigeria. There is some data – such as the Apple Music Top 100, and the music chart publication, TurnTables, which accumulates charts across different channels such as Triller, TV, airplay, and more – but pertaining to a verifiable source for all cumulative streams, there is little data. In recent years, however, as the music industry’s infrastructure continues to develop, the relationship between musicians and fashion – specifically through merchandising – has been cultivated and fortified.

Over the weekend, Wizkid revealed the official ‘Made In Lagos‘ jersey, in collaboration with athletic footwear brand, Puma. Earlier this year, to add another layer to the multifaceted universe he forged back in May 2019, Santi rolled out ‘Mandy & the Jungle’ gift boxes, including an exclusive song, a signed poster, and of course a ‘Mandy & The Jungle’ tee, in celebration of the album’s first anniversary. Similarly, to commemorate a year of ‘rare.‘ Odunsi (The Engine) re-released the album in the format of the ’80s/’90s music that so heavily influenced his production, sharing limited edition vinyls, including two new songs for his devoted fans. Though no clothes were attached to this bundle, Odunsi’s move to promote his debut a year later, through yet another release, speaks to the emphasis of branded releases artists have been more closely paying attention to, in recent years.

One of the first whisperings of musical talent taking advantage of  fashion’s broader reach in a deliberate and cross-promotional way, was when Davido launched his capsule collection with one of Nigeria’s most prominent fashion houses, Orange Culture. Now known for their collaborations with influential Nigerians – actors Temi Otedola and most recently Denola Grey, have both created Orange Culture collections – Davido x Orange Culture’s Selfridges debuting collection centred around promotion of the first song from his unforgettable 2017 single run, “If”. A clear merchandising move, in which fans of both Davido and high fashion could literally wear the hit single, Davido’s Orange Culture collaboration was followed a year later by Wizkid’s Starboy jersey, designed by Nike who have been imperative in strengthening the bond between streetwear and music. On ground, labels like Vivendii and Daily Paper have made strides in doing so too, the former creating the merch for Odunsi (The Engine)’s ‘rare.‘ tour, the latter teaming up with Wizkid last year for another edition of Starboy merch.

Official figures on how many of these merchandise sales actually helped boost streams are still difficult to ascertain, due to the lack of verifiable data, but the fact that it hasn’t stopped more artists from taking an interest in building worlds beyond music and diversifying into fashion and style, proves that the venture has been more than lucrative.

Recently, Burna Boy debuted his collaboration with Boohoo Man, an exclusive collection of streetwear arriving in promotion of his recently released third major-label album ‘Twice As Tall’. Heralded as authentically out of the rapper’s style book, the new collection was created in design studios from Lagos to Manchester featuring 120 pieces co-designed and executed through virtual meetings during the coronavirus-induced lockdowns. As his first proper debut in the fashion industry, it is important to notice how much thought and effort was put into this collaboration. As an artist who has been around for quite some time and has amassed such a huge following of people who look up to him – not only for the music but for the fire kicks, the clothes and the jewellery – Burna Boy needed to deliver merch that stood twice as tall amongst the previous collaborations his counterparts have ushered out over the years.

Speaking to his sister and stylist, Ronami Ogulu shared that Burna Boy’s collaboration with Boohoo was really important for the rapper. “He choose to collaborate with Boohoo as a way to give his fans access to the items on the line, he could have collaborated with Gucci or other high-end designers but accessibility was very important for his first collection,” she tells NATIVE. The collaboration was just another vessel for Burna Boy to capture this moment in his life, using fashion as a second means of communication for his artistry and self-expression. With Boohoo also shipping to Nigeria (for one week only), Burna Boy has found a brand that aligns with his family-oriented disposition and one that elevates his brand and adds another distinct layer to Burna Boy’s renowned.

The clothes from this new collection speak to a willingness in Burna Boy to build around the sonic world he has created with ‘Twice As Tall’ giving fans and followers the access to immerse themselves further by donning styles selected by him which cover every single occasion, from loungewear to occasionwear and more. While this is a worthy step for the African Giant, it would have been huge to see this worthy fashion moment bestowed on a Nigerian or black-owned brand (as Davido did with his “If” tailored merch) who deserve all the hype. Especially after the events of this year, considering the disproportionate ways in which many African-brands have been affected by the global health pandemic and its ensuing effects, African or Nigerian brands would have been a more glorious fit for the self-proclaimed African Giant.

Still, Burna Boy’s collaboration makes clear of one thing, Nigerian artists are increasingly seeing the value of branded collaborations with fashion brands, however, it takes two to tango so for the two industries to truly benefit off each other, Nigerian brands must also be willing to collaborate with musicians.

Releasing teasers to his boundary-pushing EP standout, “body count”, Odunsi (The Engine) and Mowalola pioneered a moment between music and fashion in Nigeria, typical of the characterisation of the hip-hop cultural movement. Styling the quartet’s Sims avatars in exclusively Mowalola, the maverick artist-producer and Yeezy co-signed designer are hailing in a time where our music videos will be lined with It Nigerian designers, turning them into sights for the Nigerian people to spot new trends, discover new brands and lust after the wealth that affords our musicians these home-grown luxury labels. With afropop at the forefront of conversations emerging from the continent, now is a good time than ever for fashion stakeholders to place their bets and ‘fits on these artists, and capitalise on the self-sustaining cross-promotion that collaborative ventures between fashion and music have to offer.

0000
Previous Article Being a sinistral in Nigeria, as told by left-handed Nigerians