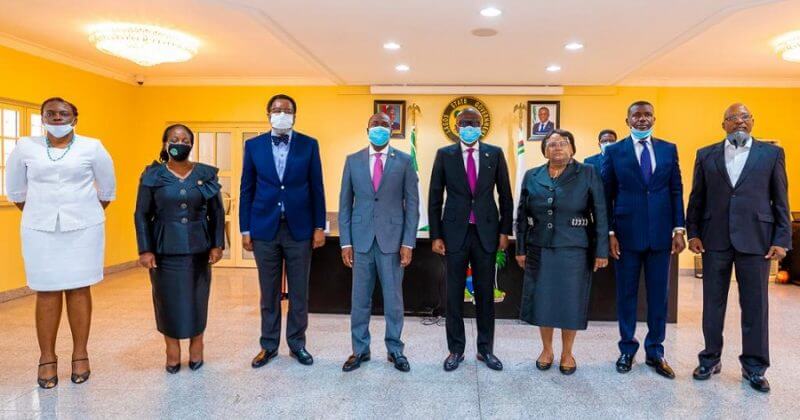 #EndSARS: Why we need to be vigilant while judicial panels carry out their duties

Nearly a week ago, the Lagos state judicial panel of enquiry had its first public sitting. Only a week before, the panel had been set up and inaugurated by the Lagos State Governor, Jide Sanwo-Olu, in accordance with one of the demands made young Nigerians seeking to end police brutality. In the middle of the protests, Nigeria’s vice president, Yemi Osibanjo, announced that all 36 states in the country were to form panels to look into allegations of police brutality, especially those perpetrated by officers of the infamous, “disbanded” unit, Special Anti-Robbery Squad (SARS).

So far, multiple states, including Anambra, Edo, Kaduna, Ondo and more, have already set their panels up and initiated enquiries. These panels are aimed at ensuring survivors and families of fatal victims of police brutality are compensated, and police officers who abused their powers are held accountable and duly prosecuted. To make sure that this means of justice is effective, young Nigerians are keeping a keen eye on the proceedings of panels across the country. With Lagos, however, the scrutiny is much more amplified, largely due to the murder of peaceful protesters at the Lekki tollgate by soldiers of the Nigerian military, on October 20, 2020.

Everything in a two-minute video. #EndSARS pic.twitter.com/4NYdyV3H2p

As the most publicised act of state-sanction brutality against unarmed civilians—a trend that had been pervasive in protests all over the country—the Lekki massacre has spurred the Nigerian youth populace into asking essential questions, to ensure the truths of that night are fully revealed and all the culprits behind this heinous act are held accountable. Between the Lagos state government, the Nigerian army and the federal government, there has been a commitment to muddying up the details of their role in the massacre, initially employing a simultaneous approach of silence and denial. In the last week, though, subsequent events have shown that their cover-up efforts aren’t as concerted, and the seams are unravelling.

During an interview with CNN, the governor finally admitted that soldiers were indeed at the protest grounds, as has been evidenced by some eyewitness’ footage. The next day, the Nigerian army admitted its presence, following initial outright denial, saying that there were there on orders from the Lagos state government but also claiming that their presence did not bring about any carnage. The Lagos state judicial panel was initially formed to deal with claims of police brutality, however, its duty has been expanded to include the events of October 20, 2020.

At its second sitting on Friday, the panel took first steps into its enquiry of the Lekki massacre. In a real time Twitter thread of happenings on the day, entrepreneur and filmmaker Editi Effiong gave virtual onlookers an insight into proceedings. A representative of the Lekki Concession Company (LCC) was sworn-in to testify in front of the panel, and the unidentified man confirmed that the company has footage of the massacre. Shortly after, the LCC asked for an adjournment, citing the absence of their preferred counsel, which eventually led to the decision of the panel to visit the tollgate.

The LCC are saying they don’t have their preferred counsel and asking for an adjournment. A bit of a sorry joke.

The panel has now decided to visit the tollgate, so everyone is heading out to the tollgate. pic.twitter.com/E2K1nVuGic

At the tollgate, the LCC MD took members of the panel and those present through the premises, showing damages sustained from alleged hoodlum attacks, which led to the destruction of electrical and electronic equipment. Mr. Effiong pointed out the suspiciousness of these damages, citing that the billboards mounted atop the tollbooths were somehow intact. Later that day, Arise TV reported that the judicial panel and members of the press were denied entry into the Military hospital in Ikoyi. They had shown up to look into allegations that dead bodies were carried away by soldiers on the night of the massacre, and even after identifying themselves as a state-backed panel, the soldiers still refused to allow entry.

To further the extent to which the Nigerian army is willing to undermine the judicial panel, deputy director of Army public relations, Major Osoba Olaniyi recently told Punch that it is not the duty of the panel to invite the Army to answer any questions, stating that it would only appear based on the same directive from the state government. Shortly before its inauguration, the Lagos state governor detailed the terms of reference for the judicial panel, stating that they have “the powers to compel and summon witnesses to appear before it”. Judging by how its reaction to the panel’s ongoing investigation, it appears that the army is content with flouting the mandate given to the panel, even though the President has announced his backing of the Lagos panel and the powers bestowed on it.

The panel has adjourned its investigation into the Lekki massacre till Tuesday (November 3), however, it has continued to receive and look into complaints from victims of police brutality. In the two days of proceedings that predominantly featured complaints, heart-breaking stories were shared by survivors, including a woman who spent 22 days in SARS custody and lost a 2-month pregnancy in the process, and middle-aged man who was held and severely tortured for 47 days by SARS operatives.

For the clarification of the general public and in view of the inauguration of The Judicial Panel of Inquiry and Restitution into SARS Abuses happening tomorrow, I want to put out the terms of reference of the panel.

The ToR are essentially the following…

According to the terms of reference, the judicial panel reserves the right to listen and take evidence from survivors and families of victims, determine compensation and immediately issue a check, determine officers responsible for abuse and recommend for prosecution, and make recommendations to the government on police reforms. Considering the scope of their obligation, the Lagos judicial panel, as well as panels of enquiries and restitution across the 36 states shoulder a great responsibility, even though panels have, historically speaking, never led to any real, lasting change in Nigeria.

During the period when physical protests were sustained, many government officials and prominent political figures called for the Nigerian youth to get off the street in order to engage in dialogue with the government and give some time to allow for an implementation of demands. With reports of soldiers brutalising unarmed civilians from Lagos to Jos and Oyigbo to Ibadan, as well as rumours of SARS operatives resurfacing, it seems like we were right in our scepticism that the government is taking the fight against police brutality serious.

Regardless, we shouldn’t let our somewhat justified lack of faith rob us of being vigilant, especially with regards to the judicial panels of inquiries and restitution. Not only is it an avenue for compensation and to further drive for justice, it’s also a way to make sure we’re doing our due diligence through the channel allegedly, fully accepted by the government. For now, our best move is to stay woke, because if there’s anything the government has shown, it’s that they won’t hesitate to pull wool over our eyes if we collectively blink, even if it’s for one second.

Dennis is a staff writer at the NATIVE. Send me resources in the fight against police brutality @dennisadepeter

ICYMI: BURNA BOY’S “20 10 20” IS A STUNNING TRIBUTE TO VICTIMS OF THE LEKKI MASSACRE

Next Article We spoke to residents about the unrest in Oyigbo, Rivers State