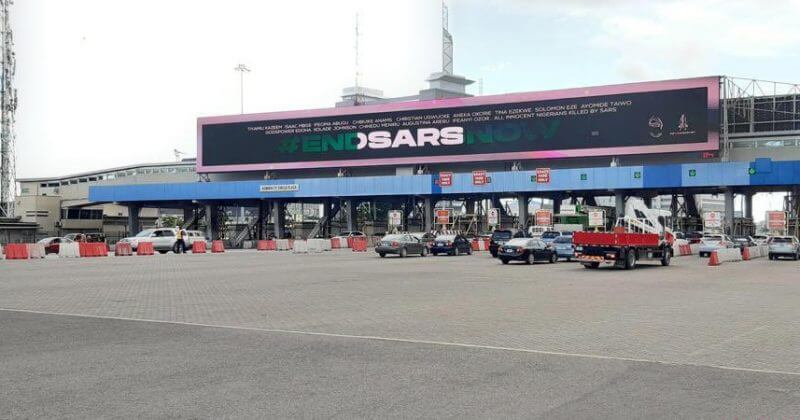 Nearly four months after soldiers opened fire on unarmed protesters at the Lekki tollgate on October 20, 2020, the Nigerian Army has yet to fully cop to its heinous act, despite real-time evidence, investigative reports, and testimonies confirming its role in the massacre.

Shortly after its constitution, the Lagos State judicial panel of inquiry was, in addition to receiving testimony from victims of police brutality, saddled with the duty of investigating the events of that gory night and providing a comprehensive report with recommendations. Since the panel began sitting and receiving testimonies, it has faced its fair share of bumps which suggests that the parties allegedly involved have no plans to take responsibility for their actions.

Recently, the Nigerian Army announced that it would no longer face the panel, a resolution that’s unsurprising considering its early unwillingness to testify in the first place. It was also recently announced that the Lekki Concession Company (LCC), in charge of the Lekki tollgate, has been petitioning the panel to take back control of the tollgate, even though it’s been quite uncooperative with the panel’s investigation.

Last weekend, though, upon its fourth petition, the LCC was finally granted the ruling to repossess the tollgate by the Justice Okuwobi-led panel. The panel delivered the ruling after a 5-4 vote in favour of the petition, with Ebun-Olu Adegboruwa (SAN), Patience Udoh, Rinuola Oduola and Temitope Majekodunmi being the four to vote against the petition. Since the decision was made public, many concerned Nigerians have vehemently opposed it on social media, citing the lack of accountability on the part of the Nigerian government, the army, and the LCC itself. On Monday, the hashatag #OccupyLekkiTollgate gained quick popularity on the timeline, signifying plans for a protest at the ground on Saturday, February 13.

How are we so quick to re-open the #Lekkitollgate when justice have not been served to victims and relatives who lost family members during the #lekkimassaccre?

As long as there is no justice for the citizens, the government shall not know peace.#OccupyLekkiTollGate #Justice

According to the LCC, their petition to repossess and eventually reopen operations at the tollgate is aimed at fully assessing the on-site damages, in order to file insurance claims for repairs. For those opposed to this move, the mishandling of the tollgate as a crime scene and the apparent obscuring of evidence should deny the LCC any rights of taking back control anytime soon, even if ever at all. Plans for the February 13 protest have also sparked conversation about the effectiveness of protests, considering the ongoing, unfavourable aftermath of the previous protests, which was effectively ended by the President’s insensitive speech after the Lekki massacre.

Also, there’s a planned counter-protest on the same day at the same ground, tagged Defend Lagos. Yesterday evening, Lagos Commissioner of police, Hakeem Odumosu, met with top ranking officials of the state police, with the planned protests against the panel’s decision being the main agenda. The meeting ended with a resolution to “beef up security”, despite the fact that End SARS protesters were always peaceful, even in the face of chaos and a state-sanctioned massacre.

The story of Nigeria's battle against oppression. Summarised in two hashtags.

For every #OccupyLekkiTollGate, there's a corresponding #DefendLagos. Both online and in real life.

For every attempted stride towards light, there are always at least two more towards darkness.

Throughout the protests and in the weeks that follow, government officials and its supporters enjoined those protesting against rampant police brutality to follow “due process”, claiming that the federal government had accepted the initial terms laid out, which included the institution of judicial panels. The decision to hand the revive the site of a state-sanctioned massacre only goes to show why the Nigerian youth populace was relentless in those weeks of protests. By choosing capitalism over justice, the impending protests at the Lekki toll gate proves that this generation has its conscience intact, and will keep fighting the good fight by using its voice when necessary.

Next Article Turntable Top 50: Omah Lay makes it to ten weeks at number 1