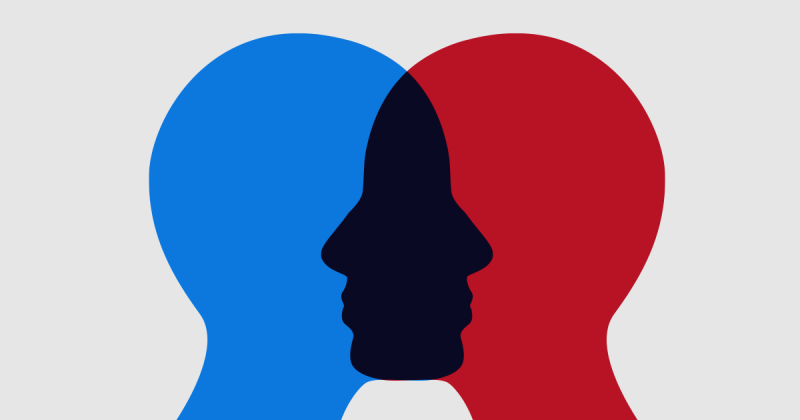 Unlike what we were taught as children, the concept of what is morally right or wrong isn’t quite cut and dry. Luckily, as life stretches us into more self-conscious people, we question and everything in a bid to gain better understanding of the people around us, as well as our wider environment.

This personal reckoning, reinterpretations and eventual convictions on various ideals gives each person their distinct identity, however, all of this can also prove difficult. This is because typically, we’re all protective of our beliefs, and tend to self-righteously hold on tightly to our ideals.

More than often, we assume that our actions and thoughts are rational, but the reality is that our values, especially when it comes to contentious moral issues, are usually based on our own intuitions—impulses that we developed from years of ingrained biases—which usually takes a lot of effort to change. Given this, change is basically another way to renew the cycle. In as much as unlearning and relearning are things we do to become ‘better persons’, what we’re really doing is readjusting our intuitions to fit our new outlook on life, after a period of moral reasoning.

If all of this yarn about intuition sounds a little too theoretical, the practical part comes when we have to face views that differ from ours. Informed by each person’s intuitions, moral debates are quite the subjective affair. This means that we each have to defend our positions whenever we engage people whose values conflict with ours, which is not an easy thing to do because disagreements are seldom pleasant.

Living in an era where social media has cemented itself as the cultural fixture for global interaction, unpleasant disagreements have become commonplace. The positive side, is that we now have access to a commingling of thoughts about any and everything, in real time. The not-so-positive side however, is that at our our most connected in human history, our differences serve as a way to measure each other up, and this tends to push us apart.

At their roots, these differences are often caused by our personal positions during moral conversations, which presents differing opinions as competing ideologies. For example, discussions about feminism and same sex relationships always prove to be divisive, especially in a deeply conservative society like ours, because most people’s stances are informed by their religious beliefs or a lack thereof.

Even within these facets, you’ll find disagreement. Last week on Twitter, there has been a huge debate centred around the complexities of what it means for a gay man—who knows he’s gay—to enter a heterosexual marriage. This debate was spurred on by British television presenter Phillip Schofield coming out, and also admitting that he knew he was gay when he got married. On one side of the debate were people hold the opinion that anyone who’s aware that they’re gay should be upfront about their sexual orientation, rather than cause their unsuspecting partners emotional problems in the future. On the other side were those who felt that women shouldn’t be complaining about getting married to gay men, unless they’re doing necessary work to dismantle the deep rooted homophobia in our society.

While you can see the validity of each opinion, there was a palpable aggressiveness on both sides of the argument, a prime example of how people don’t try to see past their own ideologies and biases. Since virtual platforms are the primary means for such difficult conversations these days, there’s barely any room for the type of nuanced back-and-forth that can change minds, so we’d rather filter our timelines to reflect a uniformity with our ideals.

Considering how much social media shapes the way we move in reality, this penchant to shield ourselves from contradictory opinions, extends into real life scenarios, and some of us even go as far as cutting off friends when dialogue could fix the rift in ideology. While it’s important that we screen those we interact with—peace of mind is paramount—being able to deal with didactic situations is an important life skill that informs the way we deal with a variety of people.

When we get into moral discussions, we’re typically just trying to inject our personal stances to the wider narrative, not particularly to know the other party’s point of view, which doesn’t always dissolve hostilities or change anybody’s mind. For better results, one thing we have to be conscious of is that is our moral intuitions usually gets the best of us. As such, we become defensive, trying to reason our way into justifying these intuitions, which in the end, makes us apprehensive of and downright unfriendly to people who don’t share our positions.

In order to check this impulse, empathy plays an important role in accepting that we’re all wired to defend our stances, and this acceptance helps us to see that disagreements are individual expressions. The effect of this is that moral-based dialogue, instead of being an avenue to shout down the other person, becomes a two-way street that widens and refreshes perspective—on both sides.

While it is possible to listen to, analyse and rebut someone else’s contradictory opinion without being the least bit attached, employing empathy during moral conversations is a way of recognising the other person’s agency. In doing this, we get a wholesome understanding of the motives behind the differing opinion and we’re either able to learn from it or respond wholesomely such that you could possibly change the person’s mind.

With all of the caveats required, resolving disagreements around moral issues seems like a serious task, but it becomes easier to rationalise an action like cutting off a former friend after putting in some effort. Being empathetic doesn’t mean one cannot make emphatic, self-serving decisions, it only means we should try as much as possible to put one before the other. Varying moral ideologies are already making it hard for many of us to get along in this maddening world, worsening it with outright intolerance is definitely not the way forward.

Next Article Essentials: Olamide returns to hardcore rap with his latest album, ‘999’