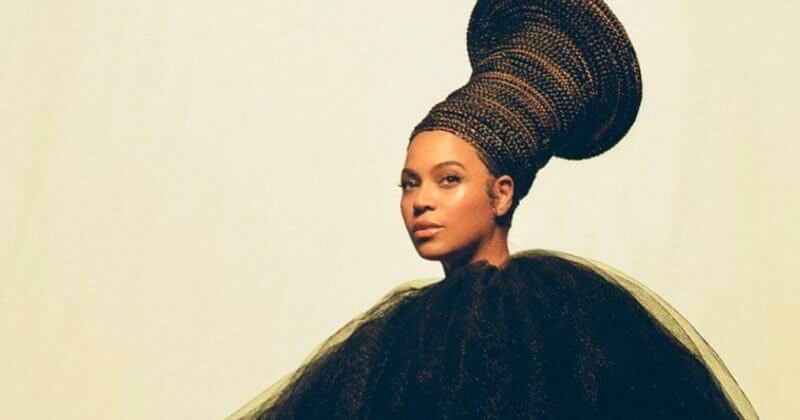 Understanding the difference between cultural appropriation and appreciation

Despite how often the topic is discussed online, no one actually likes to talk about cultural appropriation, let alone be accused of it. But chances are we’re all guilty of borrowing from another culture in one way or the other throughout our lifetimes, whether it’s that Pocahontas or Mulan costume you wore when you were five years old or adorning your hands with non-permanent henna or even Fireboy DML’s use of Chinese symbols and dressing in the video for his latest single “Eli”, it’s a lot more common than we would like to think.

If we’ve all probably taken from a different culture to ours during our lifetimes, then how do you easily differentiate between cultural appreciation or exchange and something being appropriated poorly and offensively? It is not black and white. There is no clear, cut answer but considerations like power, respectfulness, collaboration, and credit are all important when weighing whether we’ve strayed from appreciation into the realms of appropriation.

The advent of social media and globalisation has meant that the world is now a more connected place than it once was. You don’t have to come from a particular country to know what is going on within it or the cultural trends that they adhere to, because it’s simply available to peruse at the click of a button. Imitation is said to be the sincerest form of flattery, but when that imitation is steeped in callousness and touted as a means to garner clicks on social media, then therein lies the problem.

Appropriation is defined as taking something from a less-dominant culture in a way its members find undesirable and offensive, or that its heritage is misused by those in a position of privilege. Going by this definition, power dynamics are important when we talk about cultural appropriation. Take, for instance, Fireboy DML’s video for “Eli”, where we see the rising star adorn himself and his female muses in traditional Chinese attire.

Following its release, many viewers praised the artist for the accurate detailing and lushness of the recently released visuals, but I, like a few others, left the viewing with a bitter taste in my mouth. The song, which came out a week before the video, sampled familiar sounds from Han Chinese music and it’s a no-brainer that the Clarence Peters-directed video also gave a nod to the rich and vibrant Chinese culture.

The video starts off with the transcription of YBNL in Mandarin and subsequently, and we begin to see these Chinese symbols everywhere on the colourful set. Fireboy DML is presented as the wanted samurai who mingles with dangerous women, namely Delilah, who we see is adorned in the traditional Chinese female garment, the qipao, and has her face painted white. The video is beautiful and the set design is immaculate, but ultimately, “Eli” fails to go beyond engaging with Chinese culture on the aesthetic level.

I am a firm believer that if you’re going to do something, do it very well, and as an artist primed to be one of the biggest from these parts, the video for “Eli” failed to do justice. In the behind the scene clips, both the set designer and the makeup artist shared that the inspiration from the video was birthed from watching Chinese movies, especially ones starring Bruce Lee. In an attempt to pay tribute to Chinese culture, they have failed at actually getting any knowledge of the culture beyond what Hollywood has told us Chinese culture is to look like. There is a distinct lack of appreciation for the complexity, richness and fullness of Chinese culture, as the creatives involved all clung to popular stereotypes depicted in movies that have long since been criticised for their simplistic depictions of the Chinese culture.

Selecting which cultural elements suit our narrative without engaging with the cultures that gave rise to them not only creates the avenue for misappropriation but it also misses an opportunity for art to imitate real life, particularly by those who live and breathe these cultures. Chinese culture extends far beyond paying lip service to this rich and beautiful culture that has been in existence for millennia.

Given that Nigerians would rue the day anyone uses cultural norms that are exclusive to us in the wrong way, as we already countless times (see: Yvonne Orji), we need to question the way in which we engage with cultures that are different from ours, especially when we are the ones in positions of power selecting these cultural elements to infuse into our art. One of the strongest ways to achieve genuine cultural appreciation is through collaboration and dialogue. In the credits for Fireboy DML’s “Eli”, there was no mention of any Chinese creative being consulted in the making of this video. Basing your creative output simply on movie references is certainly not good enough when you are claiming to pay homage to a particular tradition, lived experiences, first hand narratives and adequate information from the keepers of that culture are imperative.

Last week, Beyoncé released the stunning visual masterpiece Black is King, the final accompaniment to a journey that started over a year ago, following the release of her executive-produced love letter to Africa Lion King: The Gift and it’s all anyone can rave about. Prior to its release, many worried that the visual album ‘Black is King’ would fail to connect with viewers, particularly those on the continent, as its depictions of Africa would surely be steeped in Wakandafication.

But in it’s 86 minutes runtime, Black is King does something differently than former depictions of Africa from outside the continent, it is drenched in authenticity and goes beyond clichéd depictions of African countries and their culture by featuring a myriad of African creatives from the continent and in the diaspora. The film was co-directed by Kwasi Fordjour, the Ghanaian creative director of Beyoncé’s Parkwood Entertainment company, alongside other directors such as Emmanuel Adjei, Pierre Debusschere, Ibra Ake (Atlanta), Dikayl Rimmasch, Jenn Nkiru, Dikayl Rimmasch, and Jake Nava. Beyoncé did not stop there, she went further and worked with everyone from stylist, Daniel Obasi to the likes of Meji Alabi, Dafe Oboro, and dancer, Stephen Ojo.

The breadth of African creatives that worked on ‘Black is King’ shows Beyoncé’s willingness to learn and collaborate with those who know the culture firsthand. By engaging in this cultural exchange, Beyoncé succeeds in appreciating African, in particular West African, culture rather than appropriating it. The cultural nods are abundant, but they’re not lip service neither are they just pillaging ‘African’ aesthetics; ‘Black is King’ is well-intentioned, well-researched and commendably executed.

I didn’t watch ‘Black is King’ feeling that cringey second-hand embarrassment you usually get when someone uses cultural elements that are unfamiliar to them; instead, I was more focused on the fact that the work of African artists and creatives shone through, whether they were in the video or working behind the scenes. Discerning where we fall on the scale of appropriation and appreciation is very important because cultural identity is precious and those who feel marginalised may not wish to see their culture, heritage or tradition reduced to offensive stereotypes or used wrongly because globalisation fosters a false sense of entitlement in people.

To answer the initial question posed, all cultural appropriation is bad because we are not the right channels to appreciate other cultures, particularly if we have not consulted any members of that community that live the culture daily. However, well-researched entertainment that takes into account the experiences and nuances of those within the culture is welcome, if done properly.

0000
Previous Article #ZimbabweanLivesMatter: corruption in Africa amidst the COVID-19 outbreak