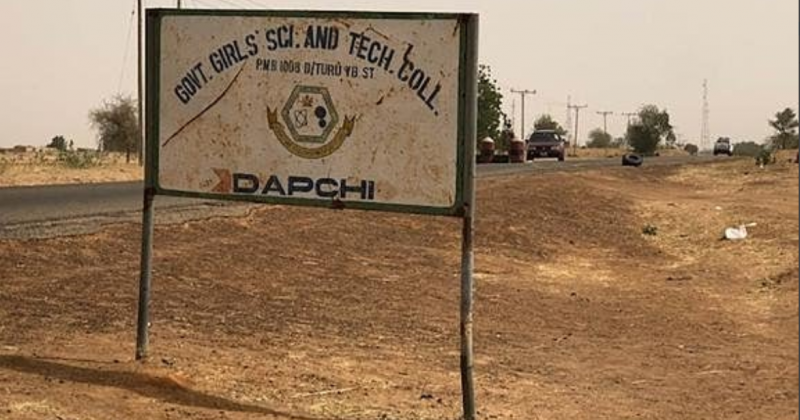 A few weeks ago, news outlets circulated reports of the kidnapping of 110 girls from Dapchi, a remote town in Yobe on the 19th of February by suspected members of the Boko Haram. Dapchi is a small town of about of 15,000 persons and  a three-hour drive from the city of Maiduguri, where the insurgency was born over a decade ago.  This recent wave of abduction brings back flashbacks of April 2014, following the kidnapping of 276 girls at Chibok, and the persistent but exasperated #BringBackOurGirls campaign that followed to no avail.

Information surrounding the abduction was confounding at first because (as it would seem) over the past year, the Nigerian government has focused on reassuring citizens of Boko Haram’s defeat instead of actually fighting the insurgency. Even more conflicting was the myriad of contradictory statements put out in the aftermath of the attack. The Yobe state government first declared that around 50 girls were missing, but parents counted more than 100 absent. A school official then suggested to local media that many of the students had simply returned home to their families on foot and that the militants were only looking for food.

Confusion mounted when the Yobe state government confirmed that the army had rescued dozens of girls, only to issue a retraction the following day, saying that the girls had not been found or rescued. These series of events are reminiscent of the thread of reactions that followed the kidnapping of the Chibok girls; a number of whom are still missing (over 100 girls reportedly). After some of these girls were released to the federal government, albeit in small batches, the Federal Government came out to reassure Nigerians of the defeat of Boko Haram.  In the same fashion as it took the government to react to the Chibok abductions, the president only put out a confirmation and deployed forces many days after the damage had been done to Dapchi.

I have directed the Military and Police to mobilize immediately to ensure that all the missing girls of Government Girls Secondary School, Dapchi, are found. The Minister of Defence will also lead a Federal Government delegation to Yobe tomorrow, to ascertain the situation.

The military has since been deployed in response, and we are now sending more troops and surveillance aircraft to keep an eye on all movements in the entire territory on a 24-hour basis.

A month after the abduction of these girls, we’re celebrating the return of the abducted girls. Unfortunately, five of them reportedly died in captivity and the one christian girl of the victims is still missing. While the swiftness the government was able to secure the release of the Dapchi girls—which is commendable when compared to the Chibok situation that dragged on for the longest time and was subject to a myriad of political addendum— it isn’t necessarily the bright light at the end of the tunnel we all hoped for.

Boko Haram as an individual group may have been incapacitated by the army but when dealing with extremism, the embers flare deeper than one man or one sects name. The victims of this terror never really get justice; not all of their kids have been found, a few had already been married off and all of the displaced persons were more or less abandoned with no plans of reintegration in sight. The burden of putting a permanent end to insurgency was never really borne — or perhaps was never a priority.

However, the rot of poverty, illiteracy and disintegration — all recipes for insurgency, continue to fester in the North Eastern part of the country where the insurgency was born over a decade ago. While the threat of Boko Haram hasn’t been fully neutralised, the birth of copycat terror cells is now another major security issue Nigeria has to worry about. A Wall-Street Journal exposé suggests that the Dapchi abduction was carried out by a faction of ISIS in West Africa with strong ties to  the Islamic State commanders in Iraq and Syria.

Kidnapping as an instrument of terrorism is measured by the reach of the propaganda, crafted deliberately at a global audience to maximize media exposure for the purpose of organizational branding and recruitment. Fear, however is the weapon that’s employed here. The most impacting effects of terrorist attacks are the immediate victims who lay lifeless as a result of bomb blasts or gunfire. Other victims are those who sustain injuries and those who go home at the end of the night, taking away visions of violence, lasting memories that can have a destructive impact on people, communities, and societies for years after such an event.

The long term public health ramifications on direct victims of the insurgency and the affected  communities as a whole are underestimated. In the case of victims of kidnappings, this fear is specifically crafted to unleash an assault of psychological warfare on the victims , that remains in place even after their release. Feelings of helplessness and fear are the most dominant impacts on these victims, from one individual to another, and permeating entire communities. With repeated, convoluted statements on the total conquest on insurgency followed by reports of attacks, Nigerians have been desensitised to the trauma and pain of coordinated terrorist activities in the country.

While boosting public confidence is an essential part of governing any area experiencing unrest, this play becomes counterproductive if false or incomplete information is what’s being dispersed. The end game of these cells is to elevate their international status by initiating state-to-state dialogue with governments. Establishing their reach of power aside, it can also be an effective political tool for discrediting coalition governments by creating scenarios where accountability can be demanded from the government for protection of lives and property. Information is crucial in today’s society and these terrorists have adapted in the best ways; random kidnappings like this send a clear message — ‘We are powerful. We pose a real threat. Be terrified and listen to us.’  If the government sets precedent by relaying unreliable information to the public, it only helps further the cause of terror.

All these costs are results of how the government has handled insurgency in this part of the world, given that Boko Haram’s existence from time, was predetermined by an administration that refused to take the group’s activity seriously until major harm had been done.  At the cusp of global awareness around terrorism and insecurity, Nigeria needs to stop making costly sacrifices to celebrate non-victories that glorify the government of the day at the expense of human lives.

Next Article Runtown’s second saga with Eric Many, a reflection of lessons not learnt