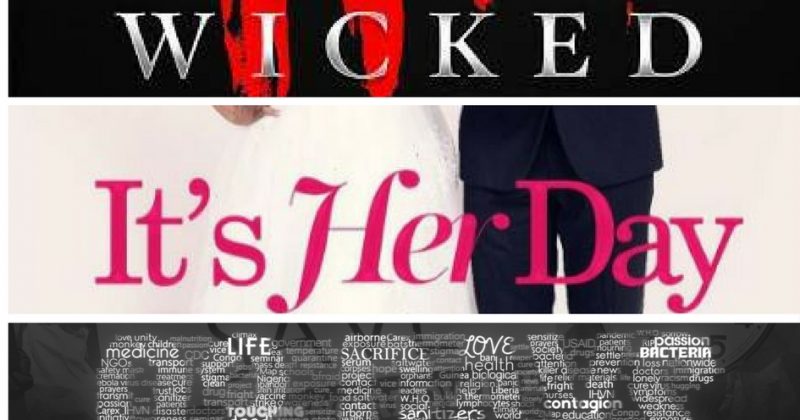 If you have walked into any cinema in Nigeria in the last 5 years desiring to see a Nollywood film, you likely discovered that 90% of the options were, Comedies of the Fish out of Water and Romance variety.  Anything else finds a hard time being picked up by distributors or even made in the first place. But it wasn’t always this way. There was a time when some of the most popular titles were Nneka the Pretty Serpent, Karashika, Brotherhood of Darkness, Diamond Ring, Blood Money, Igodo  all dark themed ,somewhat horror films. Then there were Silent Night, Issakaba, Rattle Snake, movies playing in the crime drama, genre.

So why the domination of comedy to the exclusion of other genres . Most people would say, “the country is hard, Nigerians just want to laugh and forget their problems”. True the most basic things in the country don’t work and a lot of un-necessary bureaucracy, laughter is a great escape for 90 minutes. But, those titles and genres were popular in the 90s,when the country was under a Head of state who summarily executed dissenters and enemies and most of the nation was living in fear.

Is life in 2017 really harder than the 90s were under military rule.  With 10x more entertainment options  is there more need for escapism now?  Was there no need to laugh and forget a dictator was calling the shots, literally and metaphorically? Or have our tastes changed so significantly since then?

Now, there will always be a place for the comedies, fish out of water tales because they have a faithful audience. But what about the others, where are the films for those who don’t like those genres?  Do Nigerians not like horror? The urban legend (madam koi koi etc.) kept alive via word of mouth for several decades would say otherwise.

Do Nigerians not like Action? Clearly we do, the Fast & Furious and MCU films easily clear the N100m mark in the cinemas. Nollywood classics, State of Emergency and Silent Night are fondly remembered by fans.

Understandably there is a financial factor as a majority of filmmakers are still working with micro budgets, so that limits certain types of stories.  You can’t build sets, hire consultants and send actors on martial arts/ firearms training for 3 months when the whole budget is under N20m. But a few filmmakers in spite of these limitations have managed to play in these genres. C.J Obasi with Ojuju and O-Town, Eric Aghimien with A Mile from Home and Slow Country.  Dare Olaitan with Ojukokoro, James Omokwe with The Awakening, and Stanlee Ohikhuare with Kpians.  Some of them didn’t get distribution after being screened at film festivals for various reasons stated by distributors.

Is this genre/story limitation good for the industry? Are there detrimental effects in the long run with a generation  only watching films which are laugh out loud; but none to engage them, put them on the edge of their seat, scare them silly or make them think? Where is the room of historical stories? Where is the space for stories which explore real issues in an engaging manner? The films which sink on a subconscious level and inspire them, make them reflect?

There are many engaging stories in our novels which readers decades later still hold dear . Think of the cultural impact of Things fall apart, Forest of a thousand demons, Death & the King’s Horseman, Jagua Nana ,The Trials of Brother Jero ,Anthills of the Savannah ,Man of the People etc

I don’t have any of the answers but with films like 93 Days, A place in the Stars, 76, October 1   and the upcoming Queen Amina telling more expansive and larger stories, there is hope; even if it starts with only one of those scale of films a year.
ABOUT: Olu Yomi is  a film culturist, screenwriter & director with a Masters in Creative & Cultural Industries. He has written for television; drama, sitcoms, web series & telenovelas. Short films which he has directed or written have screened at the BFI, Cannes, AFRIFF and other film festivals. He has worked on talk shows, talent hunts and documentaries.

AV CLUB: Olu osonsanya tracks the growth of Nollywood through its cinematography