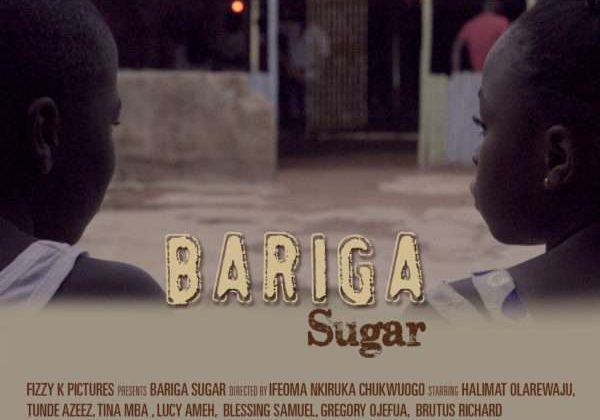 AV Club: Bariga Sugar is a masterclass in subtlety

“My mummy has plenty friends… but me I don’t have any friends.”

Many kinds of women have been portrayed in Nigerian cinema but none has been more poorly treated than the sex worker. In a deeply religious country like ours, with its influence spread across all spheres of existence, including creative ones, sex work is villified. Classic films like Domitilla defined sex work as the exclusive preserve of the greedy and the wayward, and sex workers as ungodly. In the years since, sex work has become a plot point, a twist thrown in to give a flailing film some edginess, a trump card filmmakers rarely touch unless they can use it as a contrast to purity. The complexities that define sex work and the realities that sex workers have to live through to survive are rarely told with empathy, grace or even distance from personal prejudices and predispositions.

While sex work is misrepresented in Nigerian cinema, the sex worker at least is represented. This representation sadly doesn’t extend to the people directly affected by sex work, the partners and children of sex workers. It is on this premise that filmmaker Ifeoma Chukwuogo and writer Ikenna Edmund Okah build their film Bariga Sugar.

Ese, the ten year old daughter of sex worker Tina lives in the ghetto Brothel Bariga Sugar. Played by Halimat Olarenwaju with skill that you’d expect from someone far older, she brings Ese to life. Ese navigates the world with an avian curiosity, tempered with a weariness that comes from persistent rejection. As the pre-adolescent child of sex worker living a brothel, she is old enough to understand that her mother Tina is a pariah by virtue of her work, but young to be traumatized by the rejection she receives because of her affiliation to her. She is withdrawn, content to spend her days sitting outside her mother’s room, passing the days while her mother ‘entertains’.

When Hanatu, a new sex worker moves into the brothel with her ten year old son, Jamil (Tude Azeez). Ese suddenly finds herself the recipient of attention. It takes her a while to warm up to the bubbly Jamil, and never truly engages him till he is bullied and taunted by street children because of his mother’s sex work. It is only then that both children really find they share identical experiences and become inseparable. A misunderstanding between their mothers, threatens to end the children’s friendship and a tragedy reunites them, the price of which is almost too much to bear.

While the children are the real revelations of Bariga Sugar, the film really is more than the sum of its parts. Tina Mba’s stellar turn as the brothel madam, Madam Sugar helps ground the film in reality, proving yet again that the veterans of Nollywood still have a lot to give. Re Olunuga’s understated original score provides the fragility that reminds us, in spite of the harshness of the ghetto and the bleakness of the children’s reality, that these characters represent people with vast internal lives. Even the vintage radio advertisement that plays in the background in the first few minutes of the film, and the ambient sounds that follow help transport you to the decade in which the film is set and allows you  fully immerse yourself, staying with you long past the film’s 26 minutes.

When the Bariga Sugar’s big tragedy happens, you are simultaneously expectant and completely blindsided. It helps that there are no villains in the end, only women and children disadvantaged by a system that let’s them fall through the cracks. The lessons are subtle but they’re impossible to ignore.

At the end of the film Ese is where she was when it began but she is essentially changed. The viewer is too, which is all a filmmaker can ask for.

1000
Previous Article The Shuffle: Justina’s “Omo Too Sexy” has aged like fine wine

Next Article Celebrate Women’s Week with The NATIVE