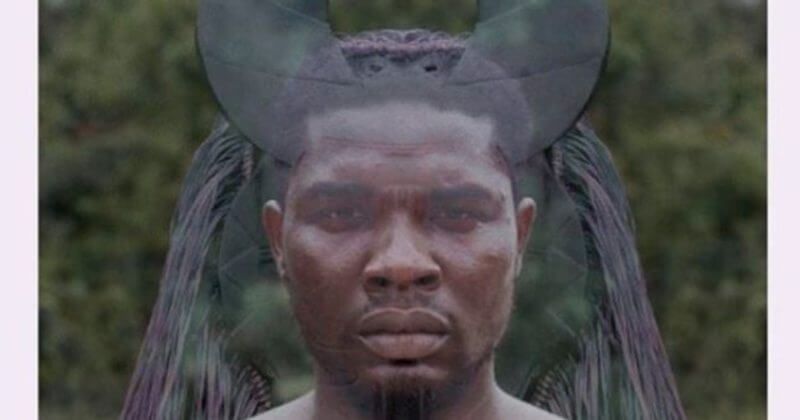 [The Lost Okoroshi was initially released in 2019, and is now streaming on Netflix.]

Have you ever woken up from a dream that felt hauntingly real? The kind where you’re suddenly thrown into consciousness trying to make sense of everything only to realise moments later that you’re present and safe, and it was just another dream. Well, that’s usually the case for most of us, unless of course, you’re Raymond Obinwa (played by Seun Ajayi) in The Lost Okorosohi, a disillusioned security guard whose lucid dreams pierce the thin veil between fantasy and reality so much, that it begins to manifest in his real life.

The brainchild of Surreal 16 director and filmmaker, Abba T. Makama, The Lost Okoroshi is his second feature-length film and the latest on the rooster of Nigerian films catching the attention of media behemoth Netflix where the 2019 release is now available to watch in over 100 countries where its service is currently available. Set in present-day Lagos, Nigeria, Makama tells a tale of spiritual possession and the sustained connection between the physical and spiritual realm that transcends class and background. Our ancestors are always with us, or maybe they never left but whatever the case may be, The Lost Okoroshi does that on a remarkable level.

The tradition of masquerades is one as old as time, and one that exists within almost every tradition and culture. According to Makama, his fascination was born after stumbling across the works of photographer, Charles Fréger’s Wilder Mann: The Image Of Savage which showcased ancestral pagan gods across Europe. The masquerades portrayed, looked a lot like the ones he grew up seeing during his childhood, which spurred the idea to capture how a masquerade in a modern-day context would manifest. All too often, what has since become the case in Nigerian cinema is the eschewing of our tradition in favour of modernity and we’ve seen this to be the case with recent releases like ‘Wedding Party’ ‘Our Excellency’ and more, which mostly present the glitz and glamour of the present day.

The Lost Okoroshi, however, aims to level the playing field, despite not enjoying the same mainstream appeal and cinema circuit that many of its contemporaries enjoyed. Its distinct feature lays in its storyline – there hasn’t been a semi-comic tragi-comedy quite like this before and with a convincing cast including Chiwetalu Agu, Judith Audu, Ozy Agu, and more, Makama presents a world where our ancestral tradition is revered, understood and placed on a pedestal for everyone to see regardless of being set in modern-day Lagos.

Raymond Obinwa is not a perfect protagonist, in fact, there’s little to be desired of his character except the fact that he is the story’s lead. He’s stuck in a security job that he hates, wearing half-dry clothes to work and showing up late despite several warnings from his boss. While at work, he doesn’t get anything done but sit around eyeing guests who visit the building or badgering them for some spare change. His life is fairly mundane though he lives in a megacity, and he seems to be fed up with the fast-paced life and constantly speaks fondly of returning to the East to live as a “real African” man on a farm. The only fascinating thing about his mundane routine life are the vivid nightmares he revisits every night, where an all-purple clad masquerade pursues him.

His trusted friend, a cranky old man by the name of Chief becomes his spiritual advisor when he informs Raymond that his dreams are not a strange occurrence but a deliberate message from the gods themselves. But when Raymond confronts his fears, he winds up being possessed by the Okoroshi masquerade who seems to be sired to him by fate. What follows next is pure comedy as life as the Okoroshi takes a toll on Richard’s human life – he loses his job, his friends, his wife and people run away from him when he attempts to use public transport or visit a hospital. He is an anomaly in this giant city and when we see him parading familiar streets and expressways, we are all the while being reminded that our tradition can sometimes appear out of place in today’s world.

But at its core, the real message is questioning how we make space for our tradition in the world today because our tradition will always be a part of who we are. Being a follower of Jung’s theory of duality and the collective unconsciousness, it isn’t surprising that Makama plays with these elements in The Lost Okoroshi which aid the storytelling. For instance, the film’s synth-heavy soundtrack is a nod to duality, introducing both new and old sounds, from electronic to afrobeats and funk, in its 94-minute run time. When Raymond embraces life as a masquerade and begins entertaining crowds at market places, the funk sounds of late William Oneyabor’s “When The Going is Smooth & Good” is played in the background, foreshadowing a darker, more sinister fate laying ahead despite the song’s cheerful message.

At another point, Makama adopts a comic-style art to recount the legend of the Okoroshi masquerade, a stylistic choice that reads very much superhero comic book. Its novelty is more than just a way to introduce a young artist to a new audience, the stylistic choice is a deliberate act to remind us that old and new can co-exist side by side just as tradition can exist in a modern context. When I  spoke to Makama a year ago, he shared that his vision with this film was to debunk some myths about ancestors and masquerades, by showing them in a comical light and here, there is a humanity that shines through despite being a spiritual, otherworldly being that once instilled fear in many of us.

Even the characters within this world constantly remind us about the duality of things. When word of the reincarnation of the great Okoroshi reached the rest of the country, it attracted members of the IPSSHRR (you’ll have to watch to find out), a society that wishes to have the Okoroshi masquerade for their own gain. The members of this secret society debate about whether a masquerade of such reverence should remain in a city like Lagos where it does not belong or return to the East where it came from, even suggesting that people watch the festivities to celebrate the Okoroshi over the social media pages that will be set up in its name (hilarious, I know).

In each scene, Makama is constantly questioning how we can adapt our ancestral traditions and culture through modern lenses without diminishing their reverence. Voiceless but armed with supernatural powers, the Okoroshi takes on a modern-day Lagos, fighting crime when he can, living it up in dimly-lit clubs, falling in love with a girl who breaks his heart, and making some adversaries on the way. Witty, interesting, and worthy of all the attention its getting, The Lost Okoroshi is truly an enjoyable watch and an unconventional offering from the current crop of films now streaming on Netflix Naija.

Next Article Straffitti transitions to Afropop on new EP, ‘STRAFF FROM NIGERIA’