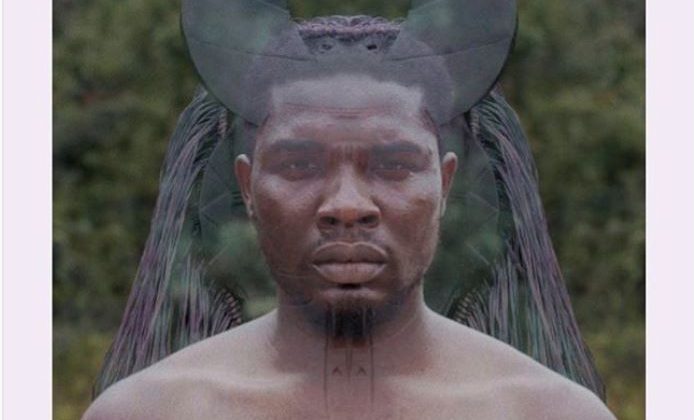 See the trailer for Abba Makama’s “The Lost Okoroshi”

After impressing with his film debut, “Green White Green”, Nigerian filmmaker, Abba Makama, has shown his keen interest in telling the stories of the average young Nigerian. He just announced that he’s done with his second feature-length film, “The Lost Okoroshi”, expected to premiere at the prestigious Toronto International Film Festival (TIFF) this year.

“The Lost Okoroshi” tackles the aspirational task of bridging the gap between the old and modern cultures in Nigeria as we follow the lead actor, Seun Ajayi on his path to becoming a vigilante masquerade. The recently released trailer shows the Raymond character he plays, transitioning from his job as a security guard to being a mute purple masquerade. Though the trailer only gives away enough to build anticipation for the film’s plot, the attention to art direction, sound scoring, casting and colour scales highlights the careful attention to details when bringing the film to life. “The Lost Okoroshi” is expected to be a big hit when it debuts at the festival sometime between September 5 to September 15.

You can watch the trailer for the Abba Makama directed film below.