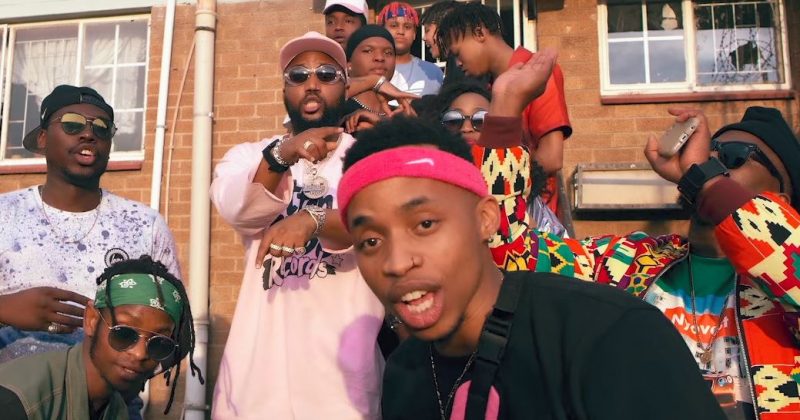 Like any new artist, Jorja Smith made sure to flood the TL with covers of several R&B classic like Mario’s “Let Me Love You”, Rihanna’s “Man Down” and many others. While fans still waited for the release of her now available project debut, the singer garnered support and featured on the Coachella 2018 stage where she performed a cover to TLC’s “Scrubs”. Radio Nova just released a new footage of Jorja Smith’s small set at their studio where she sings her cover for “Scrubs” accompanied by their smokey jazz tinged live band that blends with her neo-soul RnB vocals.

While we wait in anticipation for the eventual release of Nasty C’s ‘Strings and Blings‘ album, the South African rapper has continued his promotional run by making an appearance at the Tim Westwood studio in London. The album name and pre-released singles, “Jungle” and “King” featuring A$AP Ferg had initially suggested possible directions for the project to take but the 21 year-old sat with Tim Westwood and discussed the South African soundscape, being among the artists flying the hip-hop flag in South Africa, his favorite songs from his coming project, British artists he’ll love to work with among other things.

Despite all the bad rep cliches get for being the most obvious narrative, Tshego’s video for “The Vibe” makes a compelling argument that being predictable pays off when done properly. Beyond the braggadocios all-so-hip-hop lyrics, the blings and tattoos, the video for “The Vibe” is a celebration of youthful exorbitance. The video Nate Thomas directs sticks to that narrative shooting a giddy video with gleeful car rides and trippy digital effects. Sure, anyone with a big budget can make some cool frames, but few can manage to make these extravagant and youthful imagery feel so intimate.

Migos recently shared the music video for “Narcos”, off their chart-topping album, ‘Culture II’. Quavo and Joseph Desrosiers co-direct the 4-minute long clip set in a mansion where all three of the Migos are seen performing the drug cartel inspired song. 21 Savage makes an appearance in the video and naturally, the video ends with a shootout between the police and the rappers.

Through the releases of ‘Lemonade’ and ‘4:44’, Beyonce and Jay Z have carefully curated their relationship conflict and resolution and packaged them as albums for their fans’ consumption. Their latest project, ‘Everything is Love‘ continues their resolution as boldly reassert their loyalty and union. The video for “Apeshit”, one of the standouts from the album is a tribute to art and the elegance both artists have always shared. Their reputation for never doing anything halfway is highlighted in the thoroughly artistic video shot at the Louvre.

Michael B. Jordan and Sylvester Stallone are returning for the second part the boxing inspired film, “Creed”. The two will be taking on their roles as Adonis Creed and Rocky Balboa to take on a more formidable foe as seen in the newly released trailer from MGM and Warner Bros; “You’ve got everything to lose. This guy has nothing to lose. This guy — he’s dangerous.” “Drago” is hinted as a possible name for his contender in the trailer that also features shots of Michael B. Jordan doing some rigorous boxing exercises while Kendrick Lamar’s “DNA” plays in the background.

Next Article See Teni The Entertainer in “Askamaya” video