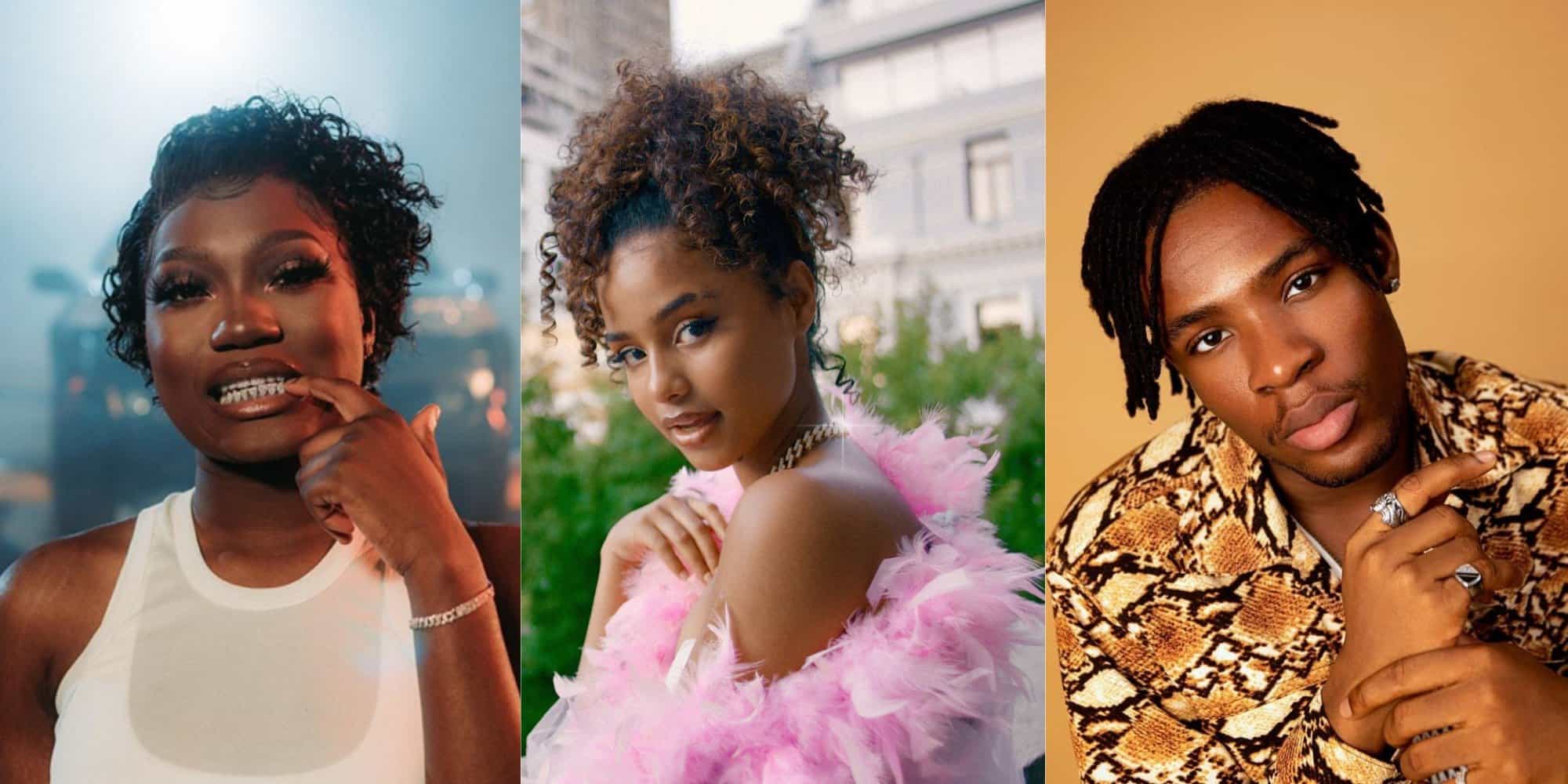 It's Friday, update your playlists..

That’s where our Songs of the Day column comes in. We’re doing the work to stay on pulse with all the music coming out from across the continent and beyond, bringing you exciting songs of tomorrow: today. Earlier in the week, we brought you new songs from Wavy The Creator, Buju, Pa Salieu, Davido, Backroad Gee, Olamide, and more. Today we’re bringing you a collection of new songs from Joeboy, Darkoo, The Cavemen, Buju, Davido, Darkovibes and more. Enjoy!

Following the success of his debut album ‘Somewhere Between Beauty & Magic’ released earlier this year, Joeboy continues to show star power. After a short break from releasing any solo material, he is back with his first post-album release, “Alcohol”. Over the Tempoe-beat, Joeboy talks about living a stressless life and elevating and growing daily. Rather, he prefers to spend his time enjoying life and sipping on liquid luck to forget his worries. “That’s why I sip my alcohol, I don’t wanna reason bad things no more, I don’t wanna go back to where I was before” he quips on the chorus of the track, imploring listeners to enjoy life as well.

Following the release of her debut EP ‘2 in 1’, Darkoo is back with her usual uptempo and groovy tracks. This time, she has collaborated with Buju to deliver the hit track “Bad From Early”. Over the groovy number, Darkoo talks about her being her authentic self and how she’s been bad from time. The track also finds both artists bringing their A-game as they both deliver a stellar performance. Accompanied by the Andy Madjitey-directed video, Darkoo is seen sporting a new vibe and sound. It captures both artists at different locations having a great time while vibing, matching the exact vibe of the song seamlessly.

Our favourite Igbo duo came into the limelight after the release of their highlife album ‘Roots’, a fusion of their unique sounds, traditional percussions that earned them a Headies Award this year. Nearly three months ago, the duo released a mid-tempo with intoxicating instrumentals in a single titled “Selense”. Now, the pair have returned with another single titled “Udo”, a slow-tempo track that translates to English as ‘peace’. The pair seamlessly segue from one to the other, harmonising over the drum-laden beat, assisted by the tuneful sound of the sékéré.

South African Netflix Original series ‘Blood & Water’ is back for its second season. Tyla’s “Overdue”, debuts on the official soundtrack of the drama series. On the Amapiano record, Tyla delivers a stellar performance over the DJ Lag produced beat drawing listeners further into her youthful world. While the main focus isn’t on the lyrical content, Tyla is still able to show off her sweet-sounding voice. The song serves as her second official release following last year’s “Getting Late” featuring Kooldrink.

Ghanaian singer and songwriter Darkovibes is here with the new release titled “Je M’appelle”, an uptempo feel-good track that features Nigerian singer, Davido. Over the Killbeatz-produced track, both artists directly address their love interests and serenade them. The accompanying music video which was shot in Ghana finds both artists delivering their verses while donning traditional kente cloth. This is the link-up we didn’t know we needed.

For his second release of the year, singer-songwriter Savage teams up with Victony to deliver love tunes. On the track, Victony takes the stage first as he delivers the first verse and chorus of the mid-tempo love tune; “Baby you go finish me, baby i go finish you too/baby you dey click my button, whenever you talk to my something” Victony quips on the hook. Savage comes in shortly after and makes the listening experience more enjoyable as they display great synergy among themselves.

After a hiatus from releasing any new music, Yinka Bernie is here with a new single “Jaded”.  The two-minute track finds the artist delivering his romantic intentions over mid-tempo production of the beat. On the track, he sings to his muse about needing her, filling up the emptiness and wanting her. “I’m faded, your love keeps me jaded, I need you my darling to fill up the void” he quips on the chorus of the track, convincing her of her importance to him.

Tolani – “Fire On The Mountain”

For her 2021 debut single, Tolani is back with an anti-love song. On the Big Fish-produced track “Fire On The Mountain”, she directly addresses an unfaithful partner. Not new to delving into matters of the heart in her music, Tolani explores the flip side of love when things go wrong. She queries her muse Bolaji’s infidelity and spares no words as she questions his actions over a catchy slow tempo rhythm.

Falz has been on a phenomenal singles run. Over the past couple of months, he has released the Kamo Mphela and Sayfar-remix to his single “Squander” as well as the 2Baba-assisted “Rise Up”, “Mercy” and “My Touch.” Now, the rapper has just released an infectious new number “Body Language” featuring Ajebo Hustlers. The song finds all three artists declaring their sensual intentions under the twinkling of the dim club lights. “I’m not a holy man, no I’m a hooligan/She loves me she dey feel my package,” they quip over the hook inviting listeners to dance along to the song’s catchy mid-tempo beat.

US-based Abuja-born artist Chimzy is an Afropop artist with a voice of gold. Since releasing his debut EP ‘True Self’ back in 2018, he’s been tirelessly working on his craft and improving upon his skills. Now, the singer has released his most well-rounded body of work to date, a 6-track collection of his rhythmically daring abilities. Standout track “Level” featuring Teni is a groovy Amapiano-inspired number that finds both artists up talking themselves in a world full of fake friends. “Awon temi, dem no dey my level/Dem no dey my circle,” he sings over the song’s chorus reminding everyone of his stance on the issue. Teni expertly delivers a sonically uplifting verse adding to the excitement of the song.

Afropop is at its core a love language used to express deep emotions to one’s lover. That’s why many artists always sonically uplift their partners through the genre. Nigerian artist Hbee has just linked up with Ice Prince for a new romantic single titled “Only One.” Here, both artists confess their love for their partners and going beyond to show their commitment to them. “If I dey lie, make water carry me and go/Girl I know you the only one for me,” he sings on the first verse before Ice Prince joins him by rapping about his love on the second verse.