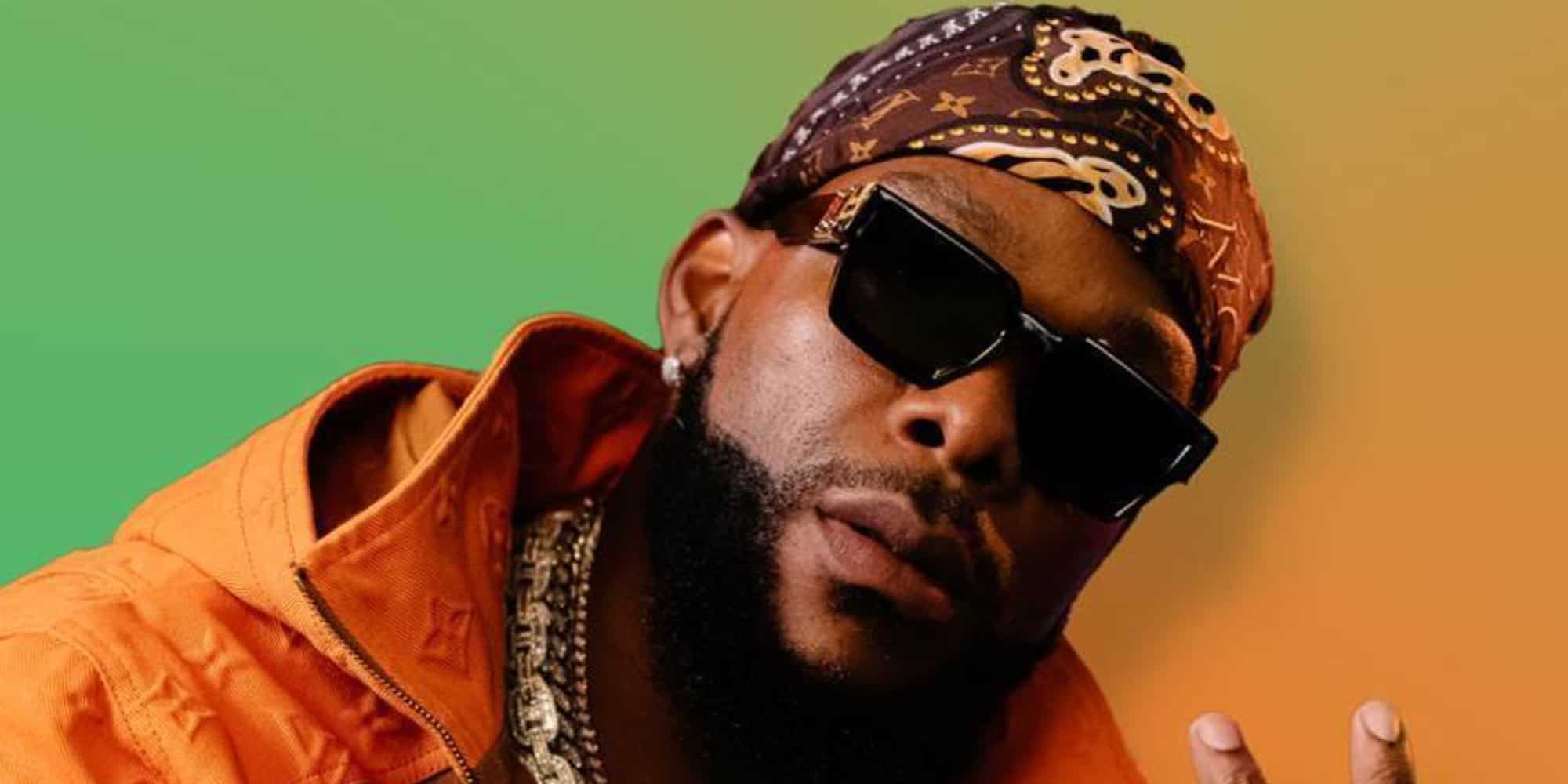 A conversation with the London-based Afropop singer

If constant content –  songs, videos, merch, and curated visual accompaniments –  is the language of the 21st-century music industry, Willie XO does not care to be fluent in those theatrics. The London-born, Nigerian-raised singer is more invested in delivering music that works at the highest standard as he operates as a sentry for afropop music in the UK. Born to a family of immigrants in London, XO (real name Jocey Joseph Ekwuazi) returned to Nigeria as a child, getting steeped in the intricacies of his Igbo ancestry and the wider formalities of being Nigerian before returning to London around his 15th birthday.

The experience of growing up in Nigeria had a definitive impact on Willie who remembers it with nostalgia-driven fondness. “I wouldn’t be the person I am today without going to Nigeria,” he says. Inspired to get into music by his familial connections and the 60s/70s Nigerian highlife music regularly spun by his father, XO’s sonic palette was further broadened by an appreciation for hip-hop as he grew older. From 2011 to 2017, he performed at a series of shindigs while he worked on his music and stayed hopeful for a break that never seemed like coming. Frustrated by a lack of progress, the singer turned to professional fighting and almost kicked off a professional career in the cages before he signed his first music contract.

“Kraze,” his debut single was produced by Krizbeatz and marked his first steps within the Afropop orbit, but it’s the sound that has always come naturally to Willie XO after years of experimenting with rap music. “That’s who I am,” he says. “Afropop is where I’m most comfortable.” Songs like “Comfort You” and “Early In the Morning” have seen the singer link up Popcaan and Ashanti over the years as his profile has gotten bigger. Last month, a deal with Atlantic Records was inked, clearly hinting at a new phase in the singer’s career. He has followed up that announcement with the release of “Good Times,” his first single in 2020 featuring fellow British act, Dappy.

Our conversation with Willie XO has been lightly edited and it follows below.

NATIVE: Where were you born?

Willie: I was born in London and I went back to Nigeria when I was a little bit older.

NATIVE: What was the experience of coming back to Nigeria like?

Willie: I came back when I was four years old. My parents wanted me to come back to school in Nigeria and learn the culture as well as speak the language. At the time, it was hard for me but I’m glad for the experience because I picked up so many things that have helped me.  It was 100% a great decision because I got an appreciation of my culture. Sometimes we can get lost here and having that experience helps a lot. Also, being able to speak Igbo is really great too.

NATIVE: When did you go back to London and what was it like having to re-adjust to living there?

Willie: I went back just before I turned 15 and it was like starting my life all over again but it wasn’t as hard as going to Nigeria.

NATIVE: How did you get into music?

Willie: Two of my uncles from my mum’s side used to be into showbiz. One was a drummer and the other was a singer. They just influenced me. My dad too used to play music around the house and, as a boy growing up, I always wanted to get into music.

NATIVE: What music did you grow up liking?

Willie: It was mostly what my dad was playing: Osadebe, Oliver De Coque, and the Oriental Brothers. As I grew up, I started listening to American music, a lot of rap. At the time, I wanted to be a rapper.

NATIVE: Was there a scene that helped you nurture your music interests?

Willie: I’d say this happened in London. In Nigeria, it used to be me just aspiring to be a musician. But in London, I discovered myself as Willie XO. My brother’s friend used to come around and used to talk about going to the studio near my house. One time I went with him and it was the first time I recorded. Once I heard my voice, I liked it. People used to say I had a deep voice but you don’t really know what you sound like till you hear it and I liked it. From there, I joined a group. There were two girls singing and I was the rapper. I’d rap and they’d do the hook. One time they told me to try singing the hook and I tried it out. So, I went from rapping to singing. Before transitioning, I used to go to Camden to perform and do little shows and get paid. It wasn’t a lot but I wasn’t really thinking about the money and that’s how I wanted to sing.

NATIVE: How did you transition to making music professionally?

Willie: The guy that put the group I used to be in together used to organize gigs for me and I’d get paid but the music industry was hard and after a while we went our separate ways. Since then, I’ve been trying to make my way in the industry.

NATIVE: What was the first song you put out?

NATIVE: What was the process to being signed as an artist?

Willie: At one point, nothing was happening with music, it was really hard. I started going to the gym and started training. I remember that every time I went to the gym, one guy would come up to me and tell me I looked like John Jones. One time I googled him and discovered that he was a UFC fighter. So, I started watching him and liking the sport. From there, I started doing cage-fighting. I wasn’t really thinking about music anymore, it was mostly on the side. I was thinking of going into the fighting game so I’d become a UFC fighter and once people know me, I could introduce my music.

I saw myself coming into the cage singing and dancing but my parents didn’t like it. They didn’t support it and they were telling my brothers to get me to stop. One time my brother told me he had a business partner who liked my music and would like to see me. I remember that the meeting was on a Sunday because I usually played football on Sunday. After the football game, I went to the meeting but I didn’t really take it seriously but my brother called me to remind me about the meeting and I went. After the meeting, the rest is history, to be honest. From the meeting, I was in L.A. shooting the video for “Kraze.” Actually, after the meeting, I came back to Nigeria to work with Krizbeatz and we worked on “Kraze” and a couple of songs. After that, we shot the video.

Willie: Just like that! When we landed in L.A., I saw all the camera and crew waiting for me and I was like this is “it.”

NATIVE: Why did you choose to work with Krizbeatz?

Willie: It was one of my cousins in Nigeria that put me on to him. He knew Krizbeatz so he put us in touch.

NATIVE: Was working with Krizbeatz what put you in the Afropop orbit?

Willie: I’d say so. Before then, I wasn’t making music that was Afrobeats or Afropop. I was just trying to be a rapper. I have loved the sound since the Mo’Hits era even if I wasn’t doing it but my coming to Krizbeatz was me trying to understand how the music works. Before you had to come to Nigeria to do Afrobeats but now you can do it from here and that’s just a blessing. Me going back to work with Krizbeatz was just to get a proper understanding of the sound.

NATIVE: What was that learning process like for you?

Willie: It was a good vibe, just even being in Nigeria too. It was a great experience because working with Krizbeatz was incredible.

NATIVE: That means you have had to put your UFC ambition on the side…

Willie: Yes! I was supposed to have my first fight a week after I got signed in fact. My parents were so happy and my mum said I didn’t have to fight anymore. I had to stop. I still train though.

NATIVE: Your catalogue is very curated, why do you take that approach to music drops?

Willie: People used to say that I need to drop music all the time to be relevant but I don’t believe that. My dad always says that if you have to do something, do it properly. I know that looking at all the songs I’ve dropped, all my videos are lit and the songs are great. Also, as an artist, you should always work on your music and try to give the best that you can. I have taken time to grow as an artist and my new single sounds a bit different from anything I’ve ever done because I’ve been working a lot.

NATIVE: Last year you did a song with Zlatan, it didn’t sound like your typical sound, how did it come about?

Willie: That’s the process of growing. If you listen to the song closely, it sounds more like a Zlatan type of song but it was done by me to get out of my comfort zone. When we recorded the song, we were thinking of Zlatan or Slimcase and we ended up having two versions. We spoke to both artists and they did their things on the song.

NATIVE: You have a new song with Dappy, “Good Times,” that’s also a comeback single. What is the message behind this single?

Willie: It’s basically saying this is a different stage of my career. Like I was saying, I’ve been busy. I’ve been working, and when people hear it, they’ll get it. Working with Dappy was like working with a UK artist so it’s only fair to expect great things from our collaboration.

NATIVE: Speaking of working, are you thinking of a project or anything weightier than a single?

Willie: I’m working on my EP, but before that, I plan to drop a couple of singles. We plan to make it a global thing with American, African, and UK features.