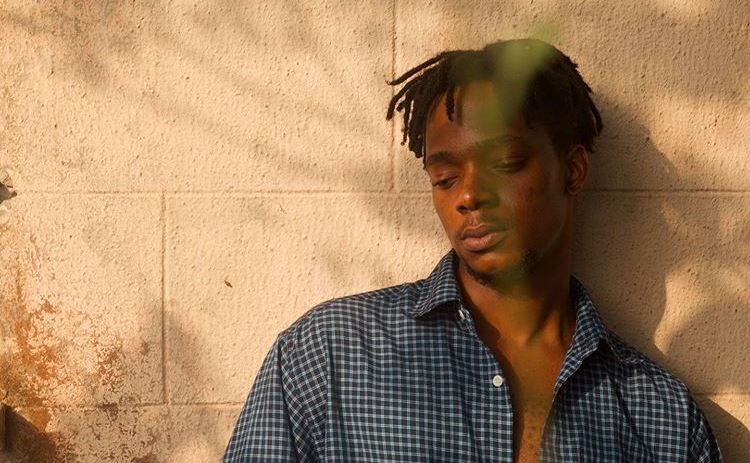 I think my story is special. I have the role to break boundaries and connect more people, especially here in Nigeria.

The connection we once had between an album’s music and the physical design isn’t quite as prominent as it used to be in today’s age of instant music. Though we can’t tangibly hold the art like we did when we collected records and CDs, the album cover still remains the face of the songs, even though they currently only exist as a tiny thumbnail in our phone’s music library.

Regardless, this didn’t stop DRB from commissioning Benin-based artist, Edozie Anedu to produce a memorable cover for their long-awaited debut album, ‘Pioneers’. Edozie’s surrealist painting for the DRB cover evokes an emotional resonance that highlights the importance of togetherness and collaboration in Nigeria’s creative scene.

Edozie Anedu gained an interest in art from when he was really young. Before he got the chance to go to museums, he developed an interest in art through his appreciation for the graffiti paintings done as part of his school’s social night activities. He soon started drawing at the back of his notebook but was punished by teachers who felt he was wasting the space he should be used to take notes. He tells me:

Edozie’s work celebrates Nigeria’s youth culture with vibrant colours and rough scribblings. His Basquiat-esque approach to art pushes beyond safe conventions and makes his art stand out from his peers.

“I started out with drawing complete forms before I discovered Jean-Michel Basquiat’s work. Then I started painting and over time, that led to a particular direction which developed into my style. My style is very rough and raw. It’s influenced by Basquiat but it reflects my childhood and life experiences growing up in Benin. I don’t draw other people, I express my art in a more vibrant and more skewed form.”

His unique art style made him the go-to artist to portray the visual summary of ‘Pioneers’, named to reflect the DRB reputation as the forerunners of Lagos now buzzing alte scene.

“If you’re going to lead a new movement, if you’re going to be legendary, you have to be different”, Edozie says when he’s featured on the documentary video DRB released ahead of the album. Although he has been gaining some attention in the Lagos art scene since his work sold out at the Top Pyramid art fair in Lagos, he’s probably the least recognizable person in the 4-minute long clip which featured appearances from heavyweights such as Olamide, Davido, Skepta and the other collaborators like Santi, Odunsi The Engine, TEMS, Wani, Prettyboy DO and Lady Donli and many others who contributed on the album.

“For me it was a big surprise at first. Just getting all that info. Then we had a couple of meetings in Lagos. I travelled to Lagos for those meetings. We hung out a few times just to get into the vibe of the project” Edozie tells me, describing his surprise at being selected to design the cover for the new DRB project. “Teezee told me about ‘Pioneers’ and it was really cool because we all stand for the same thing, trying to stand out, trying to create something while still being ourselves. For me, that was all the reason I needed to work with DRB.”

Edozie Anedu’s reputation in the Lagos art scene was solidified when he held his exhibition, “Mistakes I Choose to Keep” curated by Wunika last year. He describes the experience as his opportunity to enter into the art world for real but his earlier feature at Top Pyramid Lago’s art fair already showed him the impact of his position as a young Benin-based artist, working in Lagos.

“I think my story is special. I have the role to break boundaries and connect more people, especially here in Nigeria. I remember when I mysteriously got selected for the Top Pyramid art fair. I was the only artist there who wasn’t from Lagos.

It was very significant that I wasn’t from Lagos and I was also a lot younger than everyone else. It made me realise the importance of my story and my position. You don’t see a lot of young artists going out there. People my age don’t really see a reason to push boundaries.”

His level of recognition, especially outside of his usual scope is all due to his work, which he lets speak for him. Through social media, he managed to gain the attention of people outside of his sphere, and it’s only served him well since he began. “It’s probably best not to expect anything. The main aim is to believe in your art and share as much as you can”, he says. “When I saw how people reacted to my pieces and I got feedback, that made me realise that what I was doing was working”.

Edozie also explained that being from Benin inspires his work because his creative mind enjoys investigating the chaos around him. His pieces often use symbolism and sometimes written word to give commentary on his society. He believes that the purpose of art is to shock and enlighten people in the best way that he can, using his art tools. A favourite among his many pieces, “Advertising For Nigerian Police Force” for instance, speaks to Nigeria’s security challenges with striking imagery.

“In my work, I try to depict a form of honesty with how I draw my lines. My lines can be likened to that of a child’s in an effort to portray honesty. When people look at my work, I want people to see life and not just art cause I’m trying to show what life is actually about.

I also try to express the emotional side of colours. I try to combine new colours in a way to express something and I’m going to continue to do that in the hope that people are able to connect with it. I hope I am able to convey a message with the colours.”

All of these also inform the direction he decided to take for DRB’s album cover which he titled “Midnight Friends”. The art portrays a hangout scene, which expresses togetherness and how important it is to build relationships with others. It’s a sentiment that’s also mirrored in the project’s cohesive mix of different artists from the Nigerian music scene to fit seamlessly into their vision for the album.

The DRB crew have been innovative and stylish from the start. They clearly recognise the importance of having an aesthetically pleasing cover for their debut project as a collective, and collaborated with an artist who like them, knows why you need to stand out from the norm as a creative. Edozie’s visual summary of ‘Pioneers’ elevates the project from its already appealing attribute as an entertaining listening experience to a celebration of youth culture and subculture in Nigeria.

ICYMI: NATIVE Exclusive; Nxwrth is making the sound of the future today