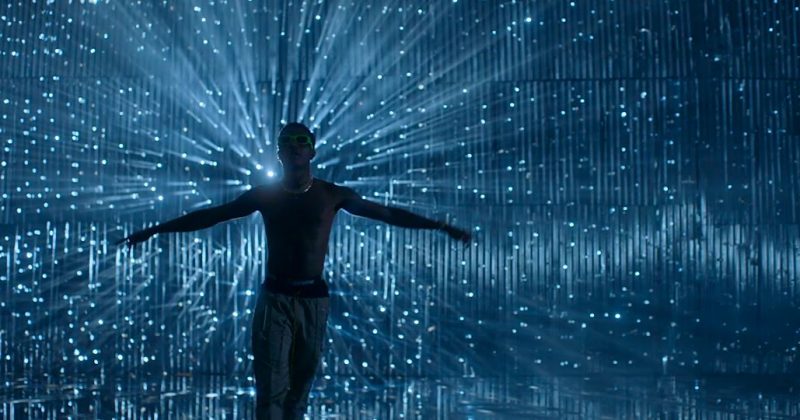 Before Wizkid became a household name in international publications, the Starboy already played a pivotal role in shifting the sound of the mainstream towards the smooth sound of Jazz fueled Afrobeat melodies that still dominates terrestrial radio. Chalk it up to Fela’s monumental influence, but Wizkid has had enough era-defining anthems of his own and for his latest single, “Ghetto Love”, he subverts Afrobeat tropes on his other compositions as he fuses dancehall melodies with the horns and chant samples Killertunes produces.

Though his romantic themed lyrics are predictably lightweight and dance-friendly, the music video for “Ghetto Love” expands the narrative to give a reminiscing approach that sees him reflecting on his journey to being a superstar. A presumed younger version of Wizkid is shown travelling around with his headphones on before we see him performing along to the lyrics in a makeshift studio. Wizkid is also seen performing in a more advanced studio, then with a lit-up background that seems to tribute his “Azonto” music video before the video closes showing shots of Wizkid as he climbs the stage to perform for his adoring fans in Jamaica.

Watch the music video for “Ghetto Love” below.