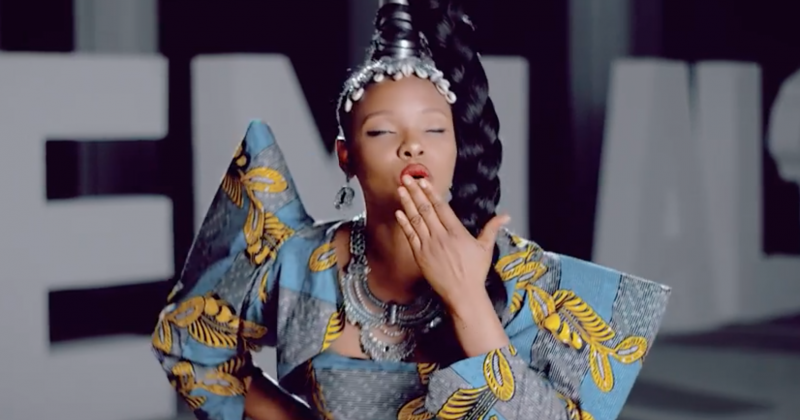 Yemi Alade is a busy artist. The past 8 months for her has been about her music, from touring and releasing projects to music videos. It hasn’t been up to a week since Yemi Alade released new single “Knack Am” and announced her third studio Album, Black Magic. She keeps things moving steadily, teasing a video snippet on her Instagram a day ago in the lead up to the official video release today.

“Knack Am” is everything we’ve come to expect of Yemi from song writing to melody, the music video isn’t lacking in all the basics of a quintessential Yemi Alade either –lush colours, rich aesthetics, theatrical expressions, dancing and more often than not, love drama. It’s unclear how Yemi Alade and director Clarence peters expect “Knack Am” to be taken by the public but for a song sung with pieces of suggestive remarks, it’s essentially incoherent to the rest of the song how a choreograph by kids ages 4 to 6 add to the song’s narrative. The idea however seems to be an attempt to balance the target audience across all ages.

Next Article The Shuffle: Remembering Olu Maintain’s “Yahooze” as an ode to Dammy Krane’s court case