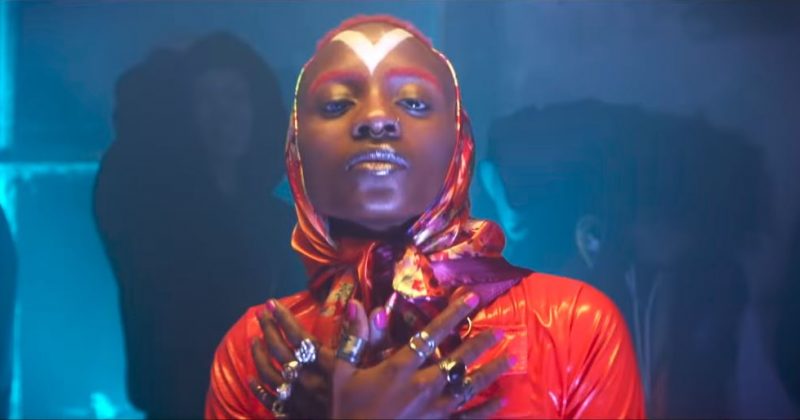 Wavythecreator’s latest single, “Body Deep”, where she embraces her outsider status and channels punk romanticism for a sex-positive anthem was released last month. The singer just shared the music video for the dance-club driven single produced by Spanker and it finds her upping the ante of the raunchy song with psychedelic imageries that pander to her alien narrative.

The video for “Body Deep” is directed by Meji Alabi and is set at an apocalyptic rave in 2032. Even in the future, Wavythecreator still stands out in her elaborate outfit, rings, chains and face paintings that make her seem like a sort of mystical leader of the party. Though the video doesn’t attempt to build any narrative for the futuristic universe it is set in, it does a great job of depicting Wavy’s flirtatious and drug-fueled vocals through the latex outfits, net stockings and psychedelic filters that suggest the viewer might be hallucinating.

You can watch the music video for WavyTheCreator’s “Body Deep” below.