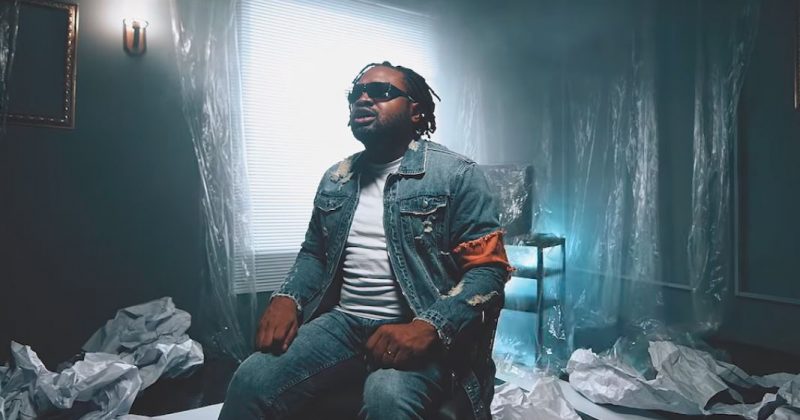 Cobhams has sustained an uncommon connection with the mainstream over the years, from helming production to assisting the becoming of some of Nigeria’s biggest household names today. Thematically however, his own records often border on faith and pseudo-consciousness. His latest, the video for “One Hit”, a single released earlier this year, “One Hit” is a plea, a confession and an anointment.

Cobhams guides listeners through a somber mindset, weaving his voice around the organ that sounds alone, as if transmitting from an empty heaven. Cohbams references several pop stars with a songwriting style similar to Reekado Banks’ “Like” and pretty much every Tekno song since “Go”. It makes for an enjoyable and easy listen, but the somber melodies and his sighs gives the song an air of seriousness.

The video for “One Hit” follows in the same serious tone as Kurlevra Pictures directs a darkly painted room set where Cohbams sits at a chair singing the lyrics of the song. We also follow the story of another character’s longing to ‘blow’ through fragmented video cuts showing him staring at popular artists’ album cover arts while crumpled paper liters the floor.

Watch the video for “One Hit” here.

ICYMI: Listen to Reekado Banks and Tiwa Savage recycle some of your favorite Afropop hooks on “Like”

Next Article Skepta has been ordained a chief by the Baale, Chiefs of Odo Aje in Ogun state