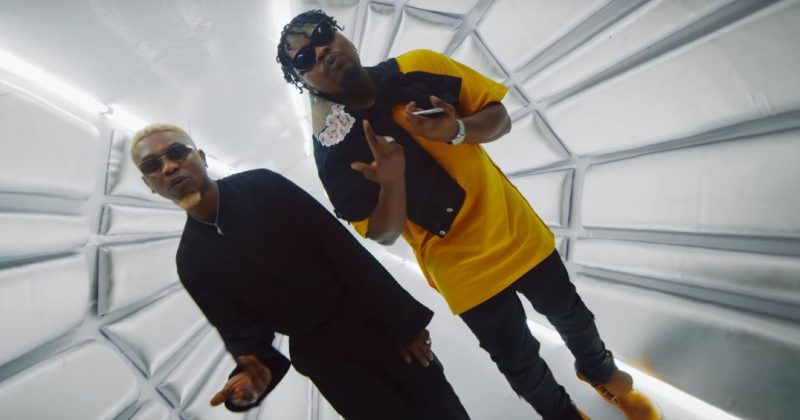 Watch Reminisce, Olamide & Naira Marley in the video for “Instagram”

Last month, Reminisce enlisted Naira Marley and Olamide for his latest street-hop single, “Instagram”, and now to bring our attention back to the song, he’s just released an accompanying video. Arriving just in time for the party season, the star-studded lineup that paired with a club-driven beat produced by Sarz was always destined to get a positive reaction.

“Instagram” finds Reminisce, Olamide and Naira Marley complaining about the thirst traps on the popular social media platform and the music video echoes their sentiment with women dressed inappropriately in an office setting. For the TG Omori-directed video, we follow Olamide, Reminisce, Naira Marley and dancers performing the song in an otherworldly setting, which looks like a space shuttle.

Watch the music video for “Instagram” by Reminisce, Olamide, Naira Marley and Sarz below.