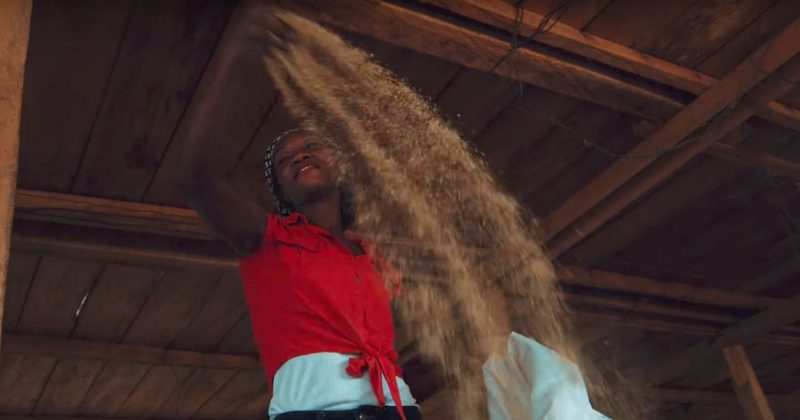 In a bid to raise awareness on the financial needs of young farmers in the rural areas of Africa, the United Nations International Fund for Agriculture Development (UNIFAD) are collaborating with Rwandan Dancer and Creative, Sherrie Silver, for their new ‘Dance For Change’ challenge. By partnering with Sherrie, who is passionate about activism and is well-known for directing the choreography on Childish Gambino’s viral “This is America” video, UNIFAD are counting on the unifying power of dance and music as means to draw in investors from all over the world.

To soundtrack the challenge, Mr Eazi, Guiltybeatz and Empawa Africa Alumni, J Derobie have just put out “Freedom”, a dance-ready song that equally highlights the socioeconomic intentions of the challenge. Guiltybeatz produces the boisterous Afro-EDM beat, while Mr Eazi and Derobie deliver simple but appropriate lyrics, delivered in recital-esque fashion. Set at a location in rural Cameroon, the Olle Enqvist-directed video for “Freedom”, showcases farmers at work, and also features frames of Sherrie Silver dancing with some of the locals.

You can watch the video for “Freedom” below.


ICYMI: Teni is the girl next door on our print magazine cover