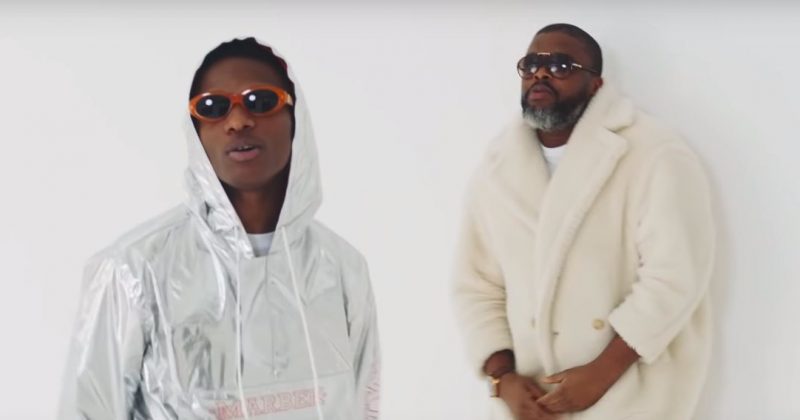 Larry Gaaga has proven to be more than just your average Afropop curator, collaborating with A-list Afropop stars such as 2Baba, D’Banj, Burna Boy and Davido. The Universal Music Group artist just released a new single and adds Wizkid to his catalogue, featuring the Starboy on a romantic new single titled “Low”.

Though Larry Gaaga was last heard contributing a verse on 2Baba assisted “Iworiwo”, he lets Wizkid take all the vocals on “Low” while Blaq Jerzee provides a sultry Afropop beat. Distorted and ambient synth harmonies are paired with percussion harmonies and catchy drum riffs to make for a lightweight mood piece which Wizkid rides to address his love interest. His lyrics, “Baby Keep it On The Low/ Baby Ma Pariwo” are what you would expect from a superstar of Wizkid’s status, more concerned about keeping his business private than being romantic. The music video Moe Musa directs sets Wizkid in a studio, accompanied by two exotic looking women who seem as interested in each other as they are in him. Larry Gaaga also appears in the video, drinking from glass to further highlight the lightweight vibe the song inspires.

You can watch the music video for “Low” by Larry Gaaga and Wizkid below.

0000
Previous Article Listen to PatricKxxLee’s new single, “How Many Times Have You Been Here?<333"