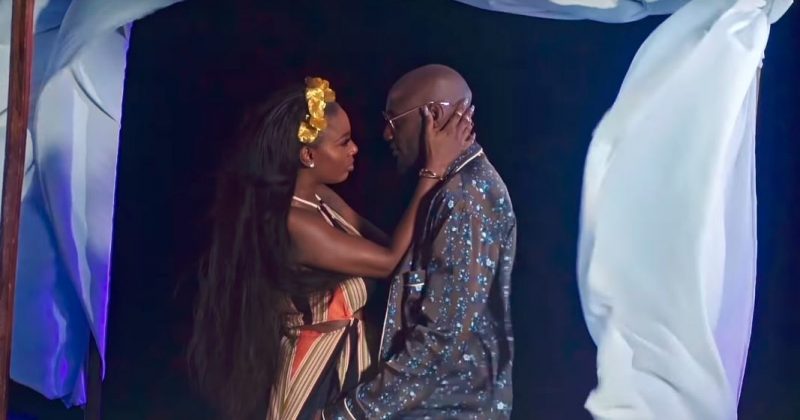 Everyone closed the topic on the potency of 2Baba’s romantic pen game since his “African Queen” hit single from 2004. The singer kept up his heartfelt confessionals even after getting married to Annie, who featured as a muse in the music video. The flames of their romance remain vibrant as ever as she gets yet another love song dedicated to her and makes an appearance in the music video.

Larry Gaaga and 2Baba have collaborated for a new single, “Iworiwo”, a love song that inspires a romantic beach themed music video directed by Tilt Productions. Over the mid-tempo guitar led beat Marvio produces and layers with ambient synths and laid back drum riffs, 2Baba sings of his lover’s beauty, admitting that “Winter Time, I Want To Stone You Snow/ Summer Time I Wan Take Off Your Clothes/ Harmattan, I Want To Rub You Lotion”. Larry Gaaga also contributes a verse, professing his love to Uche Nwaefuna in the heartwarming music video, while 2Baba and Annie Idibia also enjoy their private time at the beach.

You can watch the romantic music video for “Iworiwo” below.

0000
Previous Article Listen to Dara Blaxx’s earnest plea for affection on new single, “All Mine”