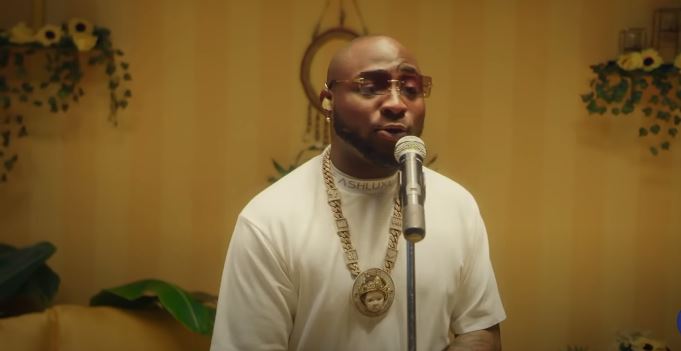 One of the indicators that afropop’s rising global acceptance is the increased frequency with which the genre’s superstars are appearing on a variety of international platforms, from festival stages to late night TV shows. On the same night Rema made his late night TV debut on Jimmy Kimmel Live, Davido was a guest on the Tonight Show Starring Jimmy Fallon, and the singer performed a medley that included “D&G” and “Fall”, two singles off his sophomore album, ‘A Good Time’.

Backed by live instrumentation from Alternate Sound, Davido finds the balance between his boisterous presence and the colourful but intimate setting, putting in a confident shift that highlights his extensive experience performing on different type of stages all over the world. While the appearance is in support of ‘A Good Time’, it’s important to note that Davido is currently readying the release of his next studio album, ‘A Better Time’, which, according to rumours, will be in our ears sometime this summer.

While we wait for the album, you can watch Davido perform “D&G” and “Fall” here.

0000
Previous Article Kabza De Small’s ‘I Am the King of Amapiano: Sweet & Dust’ is a creative landmark for Amapiano